Just an hour after a 52-year-old man allegedly shot and stabbed Mrs. Cox, who had been campaigning for Britain to remain in the EU, many online are seeking to tar with the same brush all those behind Brexit.

There is currently no indication that the attacker was a Brexit campaigner, and reports over his shout of “Britain First” – the name of an anti-EU nationalist group – have had doubts cast upon them by Channel 5 news.

Yet in 2010, when al-Qaeda sympathiser Roshonara Choudhry stabbed Stephen Timms, the Labour MP for East Hams, many of those same voices rushed to insist that it had “nothing to do with Islam” and “Muslims can’t be blamed”.

Newspapers and websites around the world have also jumped to label the attacker a “Brexit supporter” and the victim a Remainer – despite the fact little is know about his political affiliations.

The Evening Standard described Ms. Cox as a “Remain MP” on their front page tonight. “HORRIFIC ATTACK: MP shot, stabbed by #Brexit supporter”, is the headline on one Australian site. A Belgium paper used: “Brexit: a pro-European MP wounded by gunfire in the north of England”.

@mickfisk Jo was known for her support for Syrian refugees. The gunman shouted “Britain First”. Is this what Brexit has to offer.

If you ally yourself with Brexit, you are doing so alongside the piece of shit who screamed 'Britain First' while shooting an MP today.

Sad to see Remainers use Jo Cox's shooting to attack Brexiteers when both sides have suspended campaigning pic.twitter.com/yVML3F1OUG 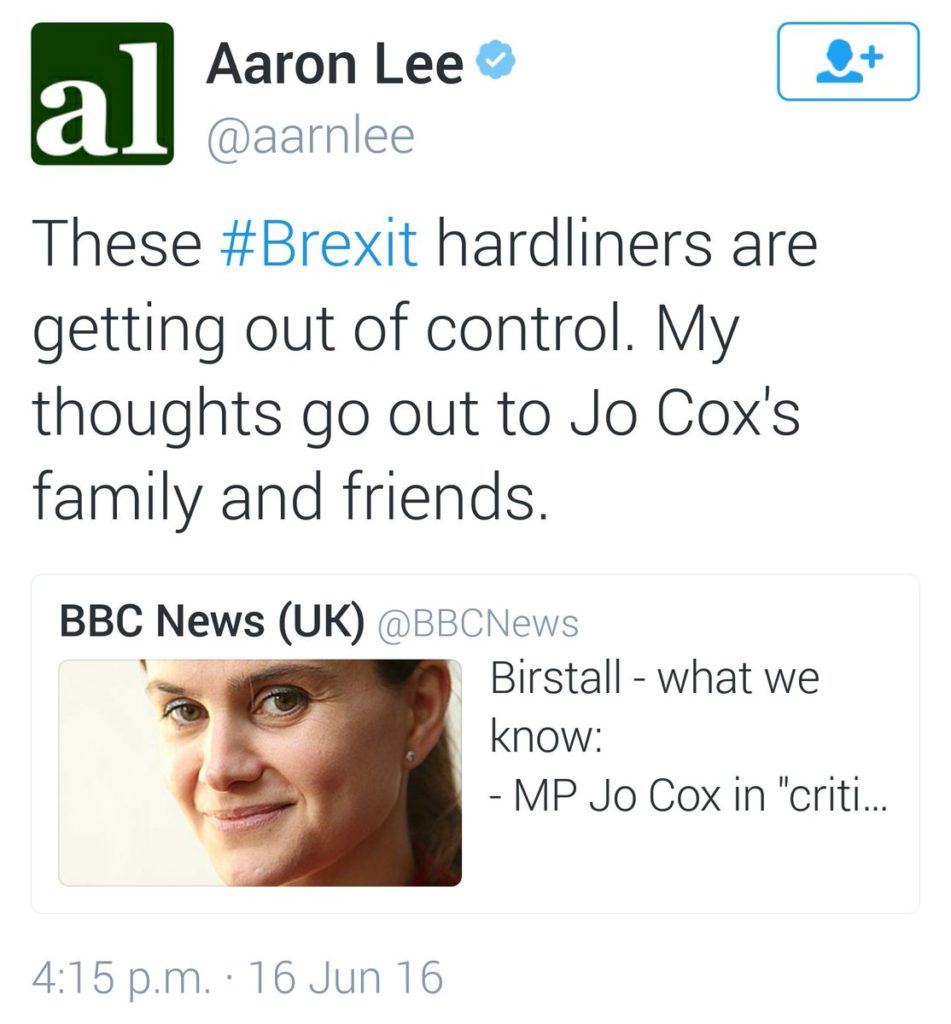 I note Jo Cox MP was campaigning against #Brexit. Was the assassination attempt a side-effect of the violently polarizing referendum debate?