The Guardian’s editor-in-chief has resorted to publishing a begging letter in a prominent position among the paper’s news content to boost its finances, telling readers that the world now needs The Guardian “more than ever”.

Guardian readers visiting the paper’s website this morning were faced with a plea for donations to keep the paper alive, nestled among headlines on the Conservative and Labour Parties’ historic leadership races.

Penned by Katherine Viner, the paper’s editor-in-chief, readers were urged to “chip in” to help “secure” the paper’s future. The letter follows months of running a banner advert at the top of the site urging people to become a “supporter” for £5 a month. 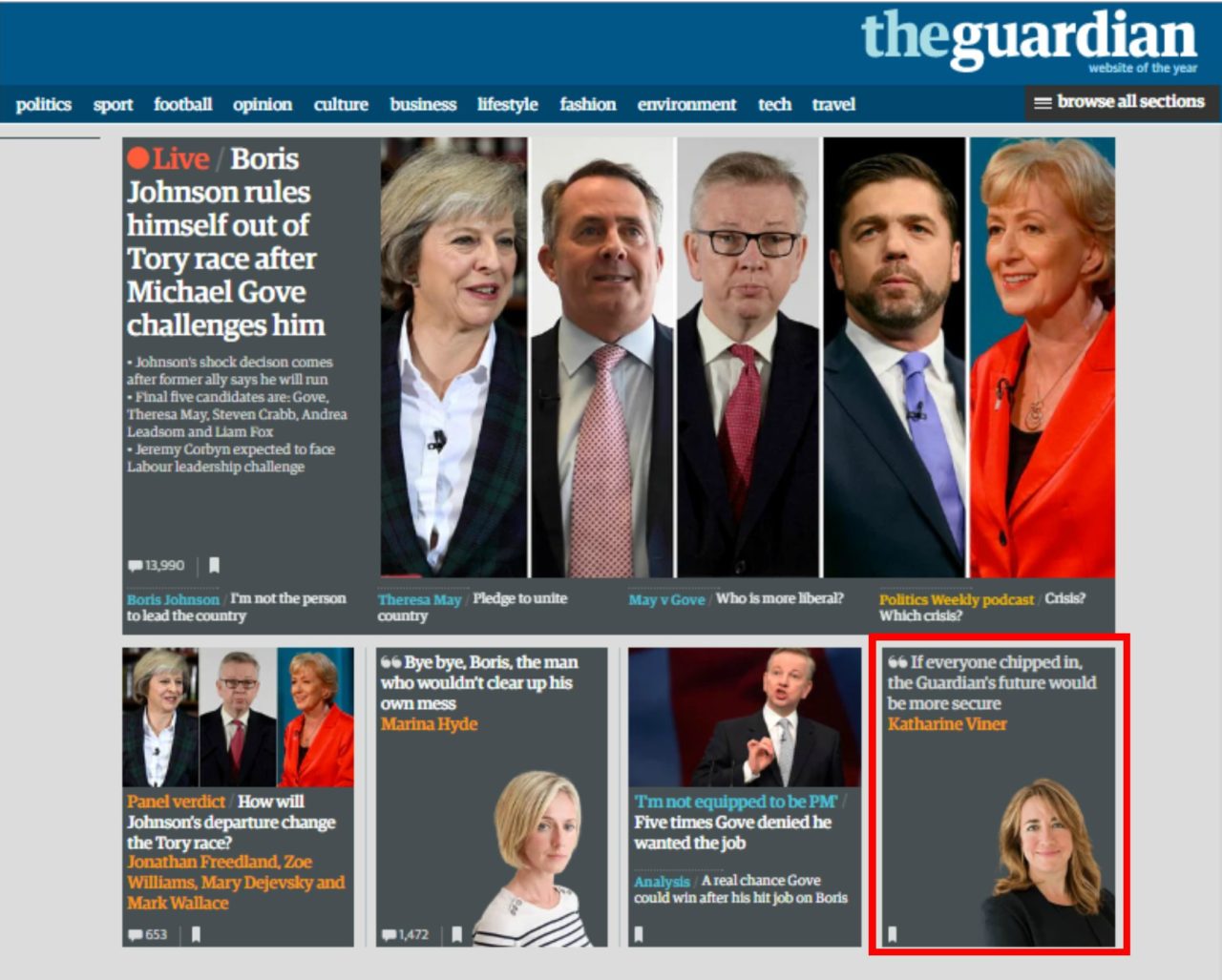 The Guardian’s journalists are “required to provide the answers people desperately need at this time of anxiety and confusion,” Ms. Viner argued, adding: “Whichever side of the Brexit debate you were on, we are entering a period of great political and economic uncertainty, and the Guardian’s role in producing fast, well-sourced, calm, accessible and intelligent journalism is more important than ever.

“Which is why I want to ask you, our readers, to help fund that journalism […] so we can continue interrogating exactly what has happened, and why, and what needs to happen next.”

As a parting plea, she concluded: “These are perilous times for progressive politics – and at moments like these the world needs the Guardian more than ever.”

In January this year the paper announced that it was slashing its running costs by a fifth – some £54 million a year – after a financial review found that it was set to burn through its £758m trust fund in under a decade.

Both Ms. Viner and chief executive David Pemsel told staff that the fund had dropped by £100 million in just six months thanks to a steep fall in print advertising, leaving the paper’s finances in a “fragile” state.

Mr. Pemsel said: “Against the backdrop of a volatile market, we are taking immediate action to boost revenues and reduce our cost-base in order to safeguard Guardian journalism in perpetuity.

“This plan will ensure our business is increasingly adaptable and better able to respond quickly to the pace of change in the digital world.”

But The Guardian isn’t the only left leaning paper feeling the heat in an increasingly competitive digital media market. Fellow left-wing paper The Independent ceased issuing print editions at the end of March, moving to a digital only format in a bid to cut costs amid falling readership.

Meanwhile the lefty start-up The New Day, which was launched with a £5 million TV advertising campaign in March, folded just two months after it launched as sales quickly dropped to just 30,000 copies.