Citizens and populist parties across the European Union (EU) have congratulated the UK on her vote to leave the political bloc, and are being encouraged to hold their own membership referendums as the populist ‘Patriot Spring’ sweeps the continent.

Countries including as Austria, Hungary, France, the Netherlands, Italy, and Denmark are calling for referendums on their own membership of the EU, as well as on issues such as the migrant allocation policy and the euro.

Front National leader for France, Marine Le Pen, stated in the European Parliament that the UK’s vote was a “signal of liberty and freedom to the rest of the world”, and that she “commit[s] to pursuing the path of liberty [for France] – to be a free people”.

Here’s a look at Europe’s most emboldened member states, dissatisfied by the EU’s push for ever closer union, looking to challenge the authority of the political bloc and take back their sovereignty. 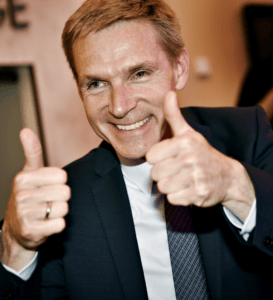 Movement – Danish People’s Party (DK). Denmark’s second largest party, which, along with two other right-wing parties, supports the Liberals in the minority government.

Aside from the recently-liberated Britain, Denmark is the least integrated into the politico-trading bloc out of the remaining 27 nations and is broadly sceptical of deeper EU integration.

The Danish People’s Party (DK), led by Kristian Thulesen Dahl, called for a ‘Danexit’ should Brexit succeed. The Danish populists hope to use Britain’s exit negotiations as a template, believing that with the groundwork already done for them a referendum would be successful in Denmark.

Though the majority of the Danish parliament is pro-EU, there is growing discontent amongst the people towards the bloc. Last December the electorate of Denmark voted in a referendum, backing Mr. Thulesen Dahl’s rejection of a government proposal to adopt EU justice rules amid concerns over handing over more power to Brussels. 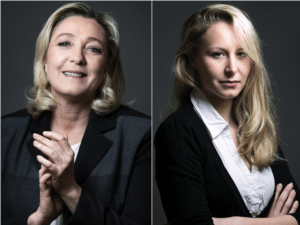 There has been a rising groundswell of Euroscepticism in France where a protracted economic crisis and anger over immigration have led to a rejection of the EU, with the nation polling at over 50 per cent of citizens as having a strong desire to have a referendum on membership.

Leader of the Front National, Marine Le Pen, has said that she would hold a referendum on EU membership for France if she is elected president in 2017. The next French presidential election is in April 2017, and polls suggest that Ms. Le Pen will reach at least the second-round run-off.

Much anti-EU sentiment in France is coming from the working class. The Telegraph reports that the electorate has reacted against proposed labour reforms with protests, as well as there being nation-wide strikes, blockages and scenes of urban unrest.

French leftist Member of European Parliament (MEP) Jean-Luc Mélenchon said: “Brexit teaches a lesson to the whole of Europe – either we change it or we leave it…The current EU is dead…everyone has had enough.” 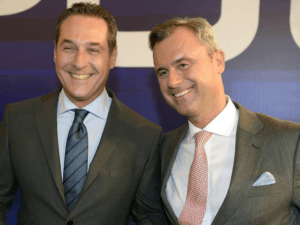 Freedom Party of Austria (FPÖ) leader HC Strache has called for a return of powers from Brussels to national parliaments, an end to the Schengen Agreement, and the returned right for Austria to control its own immigration policy.

Norbert Hofer narrowly lost the Austrian presidential election – the result of which is currently being investigated for postal voter fraud – and the party is favourite to win power in the Austrian elections in 2018.

Last year a petition crossed the minimum 100,000 signature threshold to trigger a debate in parliament, with one quarter of a million Austrians pushing for a referendum on the country’s membership of the EU.

The FPÖ is against further integration of the EU, Mr. Hofer stating that “if the course [of the EU] is set towards further centralisation…then we must ask Austrians whether they want to be members,” with Mr. Strache stating: “We need a Europe of the people, not the EU bureaucrats”. 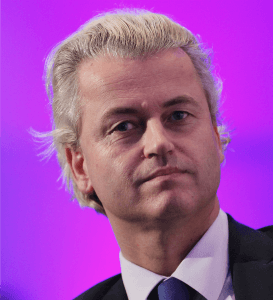 Key figures – Geert Wilders, founder and leader of the PVV

Leader and founder of the Party for Freedom (PVV) said of the ‘Patriot Spring’ that it was a reaction to the authoritarian and undemocratic EU, and that the “genie” of populist, pro-freedom politics was “now out of the bottle”. Following the vote to Brexit he has called for the Netherlands to hold its own referendum on membership of the EU.

The Dutch have already voted strong anti-EU sentiments, most recently voting against the EU’s association agreement with Ukraine, with over 60 per cent against, the result of which was seen as a bellwether of disapproval of the EU.

Mr. Wilders is topping some polls ahead of March 2017’s parliamentary elections, with the PVV projected to double in representation to 33 seats – enough to make a bid for a power alliance with other parties.

He has promised to make a ‘Nexit’ referendum central to his campaign, saying: “Let the Dutch people decide…It is time for a new start, relying on our own strength and sovereignty.”

The party recently saw milestone victories in regional elections with Virginia Raggi elected mayor of Rome and Chiara Appendino elected mayor of Turin.  It was a clear defeat for Prime Minister Matteo Renzi and his Democratic Party, with Ms. Raggi receiving 67 per cent of the vote, with Ms. Appendino gaining 54 per cent – ten points more than Piero Fassino, the former mayor of Turin.

And Matteo Salvini, MEP and leader of the populist, Eurosceptic and federalist Northern League, tweeted following the victory for Leave in the UK’s referendum: “Long live the courage of free citizens! Heart, head and pride defeated lies, threats and blackmail.  THANK YOU, UK, now it’s our turn.”

Last month a survey found that 48 per cent of Italians would opt to leave the bloc if given the opportunity of a referendum, but Mr. Renzi insisted that: “Certainly the Northern League and the Five Star Movement, which has always been against the euro, are celebrating, but we think that the overwhelming majority of Italians want to remain in Europe.”

With Italy in talks with the EU on its banking crisis, the public support for the EU may fall should the Eurocrats impose crushing bailout conditions as it has previously with Greece.

Hungary, though not seeking a referendum on its membership of the EU, wants to attack the Brussels bureaucrats on specific issues.  Namely, President Viktor Orbàn is committed to holding a referendum on the EU-imposed migrant quotas.

Furthermore, Hungary, along with the other Visigrad countries (Poland, Czech Republic and Slovakia) post-Brexit have slammed the EU, and called for reforms.

Sweden – Sweden Democrats called for a British-style referendum, though does not expect a ‘Swexit’ to happen any time soon.  However, the party leader Mattias Karlsson said: “With Brexit, I think the tide has turned. We can see that a larger proportion of the Swedish population are increasingly eurosceptic and in favour of leaving the European Union,” he said. “In the end I think it will be very hard for the establishment to refuse these people a vote.”

Germany – though the populist Alternative for Germany (AfD), headed up by Frauke Petry, celebrated Britain’s exit result, deputy leader Alexander Gauland said any referendum proposal would have to be “carefully considered” and that the party shouldn’t make decisions “in the heat of battle”. Significantly, there is not the appetite for leaving the EU, a recent poll showing that 17 per cent of Germans would vote to leave the EU with 79 per cent voting to remain.

However, a top French lawyer called direct democracy “populist suicide” and demanded the political bloc ban referendums in order the save the EU. And with the EU experiencing an existential crisis, its resolve is not for more flexibility and accommodation to individual nations’ sovereignty, but for more military integration, Turkish accession and the creation of a “true union”.