Thursday night’s Bastille killings in Nice, France follows a familiar pattern of one of the crowning achievements of Western civilisation — the mass-produced automobile — being used as a weapon against its own people.

The use of a vehicle as a deadly battering-ram, followed up by a dismounted gun or knife attack is directly out of the Islamist playbook, and the repeated use of the method follows orders disseminated through Islamist propaganda to commit these styles of attacks. We have learnt over the course of Friday that the killer even called the customary war cry “Allahu Akhbar” as he ploughed his truck into the crowds.

While Europe has already seen several similar attacks — some of which have been already forgotten or dismissed as the work of the mentally ill — Islamist car assaults are already familiar to the people of Israel. Breitbart Jerusalem reported last night on how Palestinian killers routinely deploy the deadly tactic — with one Palestinian male attempting a car attack against Israeli border police just two days ago.

Little more than a week ago, IDF soldiers were similarly targeted, with attacks going back eight years using not just cars but heavy vehicles too, just like Thursday’s deadly Nice attacks. 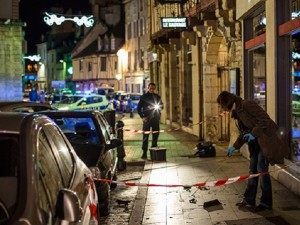 Many may be shocked to discover this is not the first time Islamists have used this method in France — Nice has merely been the most deadly. Just weeks before the deadly Islamist attack on the offices of Paris satirical magazine Charlie Hebdo, Breitbart London reported on 13 seriously injured pedestrians as a man driving his car and shouting “Allahu Akhbar” mounted the pavement and repeatedly drove into crowds of people.

Of the injured two were left in critical condition, and one victim was just eleven years old. That attack came just weeks after an Islamic State propaganda video was released in the French language entitled ‘What are you waiting for?’ which entreated true believers to “kill them and spit in their faces and run them over with your car”.

The next day on December 22nd , terror struck again as a delivery van was driven at speed into a Nantes Christmas market, injuring 11. British newspaper of record The Times reported reliable eyewitnesses including a police officer who stated the driver shouted “Allahu Akhbar”.

The method has grown in popularity among would-be terrorists because it is so deadly, and so effective. Islamist propaganda including recruiting magazines such as the Islamic State’s Dabiq and Al-Qaeda’s Inspire have both called on readers to use cars to run over enemies of Islam. 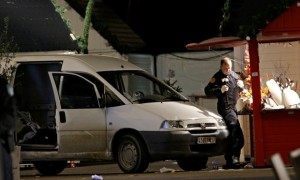 Automobiles are easily acquired in Western countries without arousing the suspicion of the security services, and as has been tragically demonstrated in the past 24 hours can be even more deadly than a trained shooter.

Another Islamist terror attack against France in August 2015 which saw Moroccan national Sliman Hamzi open fire on a speeding Thalys train was brought to an abrupt end after his Ak-47 rifle jammed, allowing him to be overpowered by an off-duty American marine who happened to be on the train. Unlike the firearm — illegally acquired in France — the 7.5 tonne truck kept going for two trouble-free kilometers as it was driven through crowds of revellers celebrating France’s national day.

As Breitbart London reported in September 2014, the chief spokesman of the Islamic State called for such attacks, in a speech apparently inspired by the murder of British soldier Drummer Lee Rigby on the streets of London. He was run over by a car traveling at more than 40 miles per hour by Islamist killers Michael Adebolajo and Michael Adebowale who then dismounted and attempted to behead him with knives.

Following the attack ISIS boss Abu Mohammed al Adnani said to followers in Europe and the United States: “If you are not able to find an IED or a bullet, then single out the disbelieving American, Frenchman, or any of their allies. Smash his head with a rock, or slaughter him with a knife, or run him over with your car, or throw him down from a high place, or choke him, or poison him”. 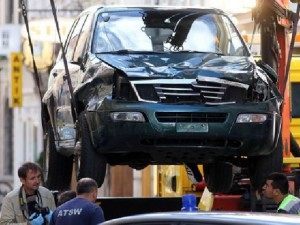 Graz after the 2015 ram-raid attack

The call was similar to Al-Qaeda-linked English language magazine Inspire, which said in a 2010 edition “The idea is to use a pickup truck as a mowing machine, not to mow grass but mow down the enemies of Allah”. According to International Business Times, the magazine is read by 4,000 people in Britain every week.

Giving detailed instructions which seem to have been carried out to the letter in Europe, the article continued: “To achieve maximum carnage, you need to pick up as much speed as you can… be able to strike as many people as possible in your first run… the ideal location is a place where there are a maximum number of pedestrians and the least number of vehicles… if you have access to firearms, carry them with you so that you may use them to finish off your work if your vehicle gets grounded during the attack”.

The emphasised importance of speed was put into practice in the June 2015 car attack in Graz, Austria. Driving a 4×4 at speeds as high as 90 miles per hour up and down the provincial city’s main shopping street, before getting out of his smashed car and attacking bystanders with a “large knife”, Alen Rizvanović killed three including a four-year-old boy.

Although it was claimed at the time the attack had nothing to do with terrorism and that the driver was a Catholic with mental health issues, it later transpired he was a devout Muslim who went to Mosque six times a week, and followed dozens of Islamist pages on Facebook and Twitter. There is now concern in Austria that the killer could soon walk free because court-appointed psychiatrists deemed him to be mentally unwell, and therefore not liable for his actions. 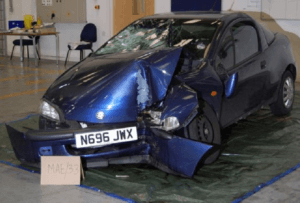 The mayor of Graz, who was out shopping on the day of the attack is campaigning to have Rizvanović locked up for life.

While the Bataclan attacks in Paris killed more — some 137 French and tourists in the city — it was the work of nine men, compared to 84 deaths for one Islamist killer with a battering-ram truck. All counter-terror experience has shown these individuals gravitate towards what they would consider success which strongly suggests that vehicle attack stabbings — one of the hardest forms of mass-casualty attacks for security services to prevent — are here to stay.

After all, as French Prime Minister Manuel Valls said today”Times have changed, and France is going to have to live with terrorism”, so we’d better get used to it.