The giant Anglo-Dutch firm Unilever, which backed Remain, has been accused of unfairly ‘exploiting’ Brexit and a falling pound by hiking the price of all of its products by ten per cent in the UK, despite some of them being unaffected.

British retailer Tesco has taken a stand and is refusing to sell Unilever’s products at the new higher price, insisting the blanket rise in unjustified and unfair on consumers.

Products such as Marmite, Flora, Persil, Dove, PG Tips, Vaseline, and Ben & Jerry’s are already no longer available on Tesco’s website and will not be restocked in stores when shelves are emptied.

Since the Brexit vote in June, the pound had dropped by almost 18 per cent against the dollar. Unilever makes thousands of products, some of which need to be imported and will have been hit by the currency tumble.

Conversely, the currency shift has made British-made products and exports cheaper abroad.

Marmite, Persil, and other products are almost completely sourced and made in the UK . The yeast extract that is used to make Marmite comes from the British town of Burton as a by-product of the beer brewing industry in the area, making the Brexit price-hike for the product questionable.

Tory MP Sir Gerald Howarth slammed the firm: “I think it’s pretty outrageous that Unilever is seeking to exploit their customers using a fall in the value of the pound”, he told the Daily Mail.

Both Eurosceptics and Europhiles have seized the face-off between Tesco and Unilever as evidence that their side was right.

Unilever are trying to pull a fast one – remind me when they cut prices when the £ strengthened? Good on Tesco for sticking to their guns.

The shrill attacks by Leavers on the BBC, Unilever, bankers, moderate MPs, etc reveals their fear at the unfolding reality of #Brexit

So Unilever using Marmite prices to punish us for Brexit. toast-spread fight back starts here. From now on It’s Aussie made Vegemite for me. pic.twitter.com/vHHxNeoloy

Unilever, meanwhile, argues that as it trades in euros, every time the pound loses ground it loses money on all its products sold in the UK.

Other major supermarkets and retailers are also believed to be locked into negotiations with Unilever, meaning that the row with market leader Tesco could set a precedent which other shops could follow.

Unilever, the world’s largest consumer goods giant, is one of many globalist businesses accused of scaremongering and feeding into Project Fear before the EU referendum, warning that a decision to leave the EU would be bad for the economy – which has in fact thrived since the vote.

According to the MailOnline, chief executive Paul Polman, along with former chief executives Patrick Cescau and Niall FitzGerald and ex-chairman Sir Michael Perry, sent a joint letter to employees effectively warning them of the dangers of Brexit ahead of the June referendum.

Furthermore, Wikileaks has revealed that Unilever has been in contact with Democratic presidential nominee and opponent of Brexit Hillary Clinton, who offered the food giant “help”.

A Unilever executive also appears on a 2001 list of world leaders and diplomats titled: “The Secretary-General’s High-Level Panel of Eminent Persons on the Post 2015 Development Agenda” . He’s the only businessperson on the list.

Since the story broke, shares in Unilever are down 1.4 per cent and many customers are calling for a boycott of the firm’s products under the hashtag #BoycottUnilever.

However, the prospect of life without the much loved and iconic British condiment Marmite has sparked some consternation online.

Meanwhile, foreign competitors have been swift to seek to capitalise on Marmite’s woes. 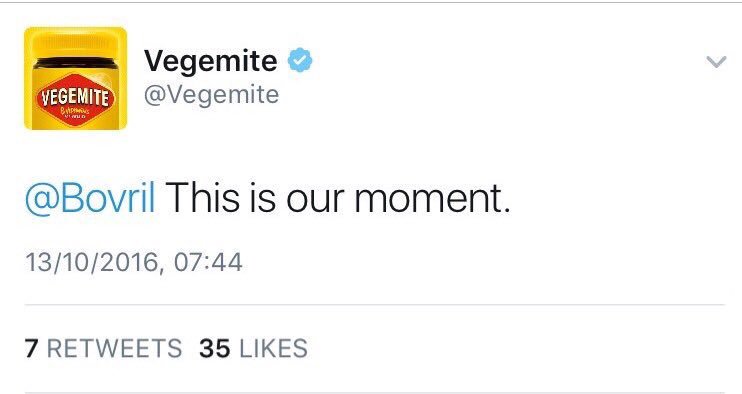