Vienna’s Cardinal Schönborn has made headlines after speaking out about the migrant crisis in a special Christmas discussion programme.

Speaking in discussion with Protestant Bishop Michael Bünker on a faith issues roundup of 2016 on Austrian television, Cardinal Schönborn — a central European aristocrat and Archbishop hotly tipped as a potential future Pope — admitted he had come to “rethink” his approach to the migrant crisis, reports Kronen Zeitung.

Europe’s churches have been among the most enthusiastic supporters of mass migration and receiving those claiming asylum, yet despite that the Cardinal said he was no longer convinced that Europe should accept all arrivals. Instead, he wanted to concentrate on providing support to the nations in Africa and the East, in the hope that migrants “could live in their homeland again”. 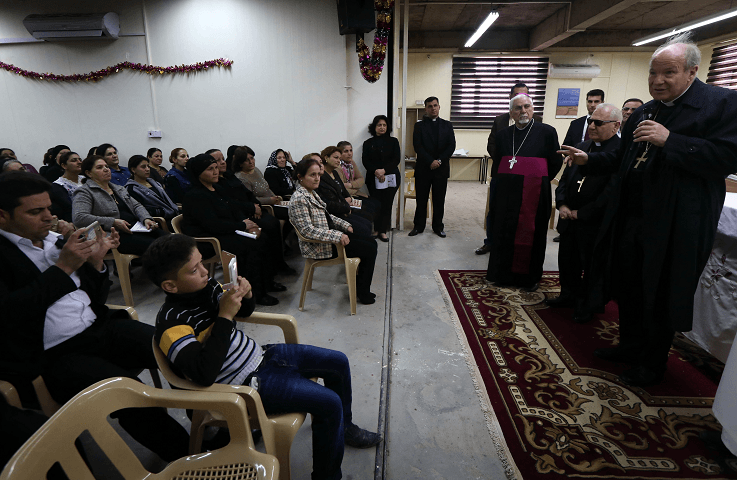 Calling the millions of migrant arrivals who have come to Europe over the course of the migrant crisis an “unbelievable number”, he said their presence had given rise to a feeling of overcrowding in society. The Cardinal remarked he was becoming “more cautious” in his attitude to migration.

Talking of Angela Merkel’s much-discussed pro-mass migration slogan “we can do it” — often repeated in the face of criticism of her immigration policy as a symbol of Germany’s openness, the Cardinal said: “we have had to learn, this [crisis] goes well beyond out capacity and ability”.

Reflecting on the changing mood in Austria which is seeing the anti-mass migration Freedom Party riding high in the polls and set to do well in the coming general election despite a setback in the recent presidential vote, the Cardinal said: “our country is worried”.

The remarks of the Cardinal will put him at odds with other senior Catholic clergy, including the Archbishop of Cologne, whose Cathedral bore witness to the New Year’s Eve migrant attacks. Despite over 1,300 young men and women being robbed and assaulted in the Cathedral square, the Archbishop has remained a vocal and forceful advocate of mass migration.

Shortly after the attacks and among an up-swelling of anti-mass migration feeling Archbishop Woelki used a migrant boat hauled from the Mediterranean as an altar in a service overlooking the Cathedral square. Breitbart London reported after he slammed the national migration-sceptic party the Alternative for Germany, remarking of Europe’s changing demographic: “whoever says ‘yes’ to church towers must also say ‘yes’ to minarets”.