WARSAW, Poland (AP) — Poland’s most powerful politician said Monday that he would tell German Chancellor Angela Merkel during an upcoming visit that she has some responsibility for what he sees as the German media’s critical and harmful opinion of Poland.

Jaroslaw Kaczynski, the ruling party leader who holds no government office but dictates the government’s conservative and populist policies, expects to meet Merkel when she visits Warsaw on Feb. 7 for talks with Prime Minister Beata Szydlo.

Kaczynski backs the pursuit of more independence within the European Union and of raising Poland’s profile internationally. The Law and Justice party took power in late 2015. 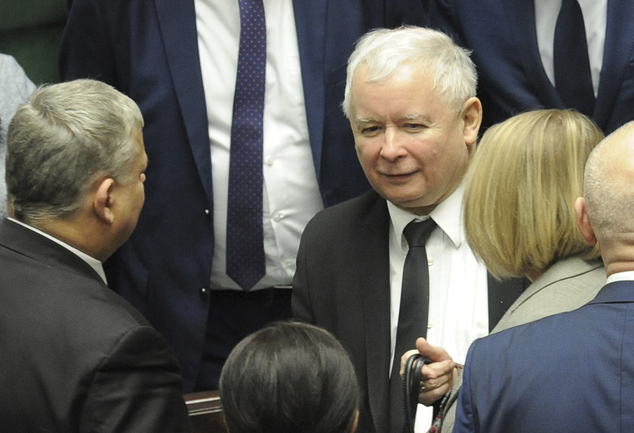 In a Monday interview on Radio Szczecin, Kaczynski said that he finds it “very worrying” that German media criticize neighboring Poland. He thinks that the media are “loyal” to Merkel’s government, which he says makes her share some responsibility for the criticism.

“I will have to tell the chancellor that Germany should decide what kind of relations it wants to have with Poland, because one cannot attack Poland, question its reputation and at the same time expect bilateral relations to be good,” Kaczynski said.

Merkel’s spokesman, Steffen Seibert, told reporters in Berlin that Germany wanted to maintain a “very good and close German-Polish relationship,” but that that required “talking with each other, not about each other.”

He stressed that the “press freedom and the freedom of the press to report is an important part” of European values that Germany is following.

Germany’s leading daily newspaper, the Frankfurter Allgemeine Zeitung, said on Jan. 2 that Poland is a problem because the government is pursuing its own values and subordinating state bodies to its goals. The newspaper predicted Germany’s relations with Poland would grow increasingly difficult.

Kaczynski said that the talks would also focus on negotiations with Britain about terms on which it will be leaving the EU. Kaczynski said Poland wants Britain to stay as close to the club as possible and eventually return to it as a full member. He believes Poland could play an important role in the negotiations.

The Radio Szczecin interview also touched on his view that adult cats shouldn’t be given milk to drink and his preference for white wine from the Mosel region. 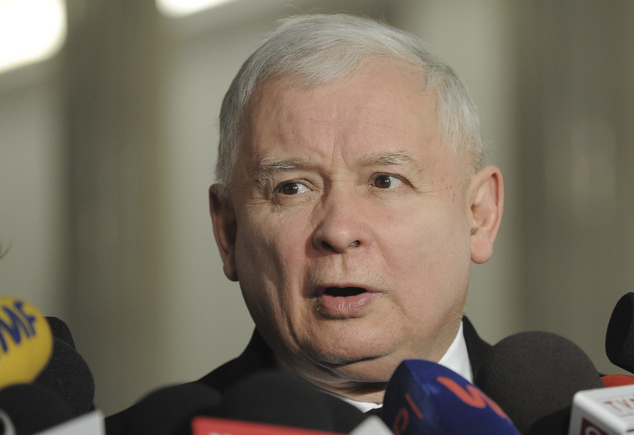 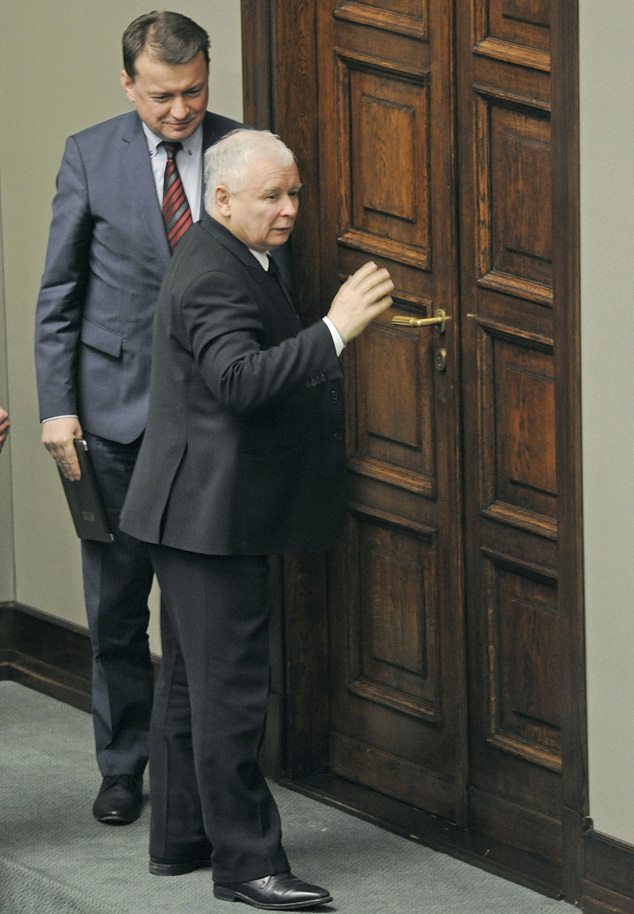 Jaroslaw Kaczynski, right, the leader of the ruling Law and Justice party walks out of the session hall as Interior Minister Mariusz Blaszczak stands behind, after the speaker opened the parliament session, only to declare a break till Thursday, in Warsaw, Poland, Wednesday, Jan. 11, 2017. The parliament’s session hall is occupied by a group of opposition lawmakers as they continue a protest since Dec.16, 2016 against the policies of the ruling Law and Justice party, causing delay to the first session of 2017. (AP Photo/Alik Keplicz)