Only two of the nine men convicted following the Rochdale child grooming scandal remain in prison, and four are using taxpayers’ money to fight deportation to Pakistan.

The Manchester Evening News reports that only Shabir Ahmed, 64, and Mohammed Sajid, 40, are still in custody. 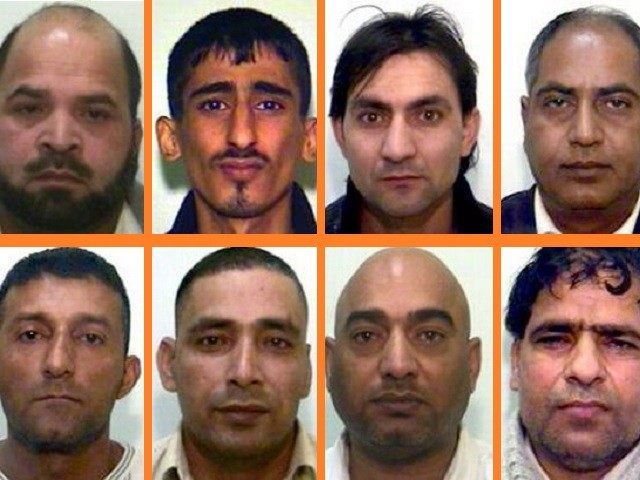 Four of the men, including ringleader Shabir ‘Daddy’ Ahmed, were stripped of their British citizenship so they could be be deported to Pakistan, but are now mounting a taxpayer-funded legal challenge in the Court of Appeal, aided by lawyers accused of “gaming the system”.

The paedophile targeted “dozens” of vulnerable white teenagers, usually underage, for years, in an episode which has been partly serialised by the BBC in the drama Three Girls.

An official report found that the grooming gangs, composed overwhelmingly of Muslim men, were able to operate with impunity because police, prosecutors and social services feared being accused of racism if they intervened.

“They knew all along what was going on. They knew crimes were being committed, but they just told my mum and dad I was making lifestyle choices,” said one of the victims.

“How is being raped by dozens of men a lifestyle choice? Why would any girl of 15 want to do that?”

Police told the 13 year old Rotherham grooming gang victim not to mention the ethnicity of her rapists. https://t.co/oWc8uMUAjw

Similar problems have afflicted British cities and towns across the country, although the issue is most acute in the north of England.

One victim from Rotheram, who went to the authorities after being raped by multiple men when she was just 13, said she was “specifically told not to comment on the ethnicity of the perpetrators” by police and social workers.

The enormous scale of the problem is still being uncovered, with twenty-nine men of similar background to the Rochdale gang being brought to court last month on over 170 charges of rape, child abduction, trafficking, drug dealing, and other crimes following a child sex abuse inquiry in Huddersfield.