Conservative Home Secretary Amber Rudd stood in for the absent Theresa May and warned the country they had “seen the coalition of chaos in action,” at a seven-way BBC debate Wednesday evening where party representatives clashed ahead of the general election.

Immigration proved an explosive topic at the BBC live event, with Green party leader Caroline Lucas, SNP deputy Angus Robertson and the leader of Welsh separatists Plaid Cymru, Leanne Wood, each jostling to assert their party as the one who can import most migrants.

“There has to be a managed migration,” declared Jeremy Corbyn, following reports earlier in the day that leaked party documents showed Labour plans to facilitate mass, unskilled, and seasonal immigration even after Brexit, as well as throwing open the doors to asylum seekers and their families.

The Labour leader condemned the practice of “[bringing] in workers wholesale” from economies in Central Europe for the purpose of “undermine existing pay and working conditions”.

But for saying this, SNP deputy Angus Robertson piped up to accuse the Labour leader of “aping UKIP” on the topic of immigration.

Having let out a yelp when Corbyn said freedom of movement would end after Brexit, Green MP Caroline Lucas told viewers that migrants have “enriched” Britain, adding: “Migration makes a massive positive contribution” to the UK.

UKIP leader Paul Nuttall warned immigration is “unsustainable” and fast inflating Britain’s population, informing the audience that on its current course the UK will have to build a city the size of Birmingham every five years.

His attempt to state that UKIP favours an “Australian-style, points-based immigration system” was met with hysteria, as Liberal Democrat leader Tim Farron jumped in to relay an anecdote in which an ‘’Asian’ doctor was “abused and called racist names” while on his way home from working a marathon shift of “50 hours saving lives after the Manchester bombing.

“That is what happens when you demonise immigrants,” he declared, jabbing his finger. 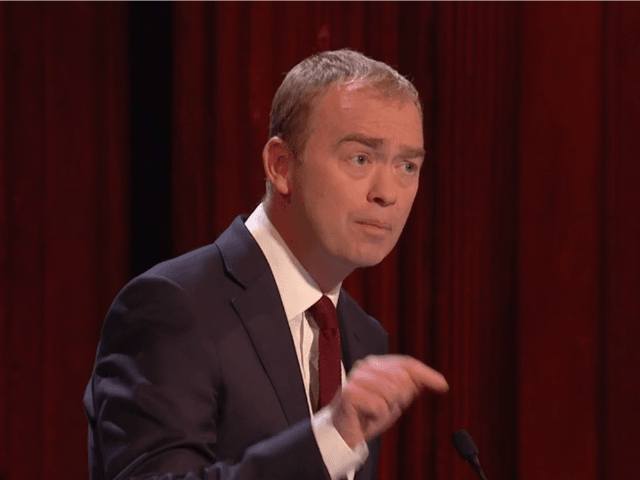 Lucas joined in the attack, describing the Nuttall’s words as “hate-filled rhetoric”, while Wood accused him of trying to “whip up hatred and fear” with the party’s policy of reducing migration.

After the UKIP leader tried to protest the topic of discussion is ‘not about immigrants, but immigration policy’, Robertson announced that even debating immigration “shames and demeans us all.

“I don’t think there’s anyone in this room, or anybody watching this debate from Cornwall to Caithness who does not understand the positive contribution that people have made to this land who’ve come from the rest of Europe and the rest of the world.

“And demonising those people is totally unacceptable,” the SNP deputy boomed, to rapturous applause from the Cambridge audience.

On the topic of national security, Nuttall won applause when he pledged to strip Islamists fighting abroad of their passports, promising he would put “British lives over the rights of jihadis any day”.

This was branded a “subliminal attack” on Muslims by Corbyn, who linked terror attacks to UK foreign intervention, and criticised Tory cuts to the police.

Following the debate, BBC political editor Laura Kuenssberg remarked: “None of the participants achieved a big breakthrough moment but nor, crucially, did any of them have a cringing disaster.”

Britain goes to the polls in seven days.