The ringleader of the London Bridge terror attack secured an interview with a security firm providing personnel to Wimbledon, sparking fears he was plotting to strike the tennis tournament.

Khuram Butt, who was a known extremist on a list of British police extremist suspects, landed the interview with the unnamed firm that also supplies staff to Premier League football matches.

Wimbledon is the oldest and most famous tennis tournament in the world, attracting 493,928 spectators over 14 days in 2016, and counter-terror police are now investigating Mr. Butt’s motives for trying to work at the iconic event, The Sunday Telegraph reports.

“The security firm would check his background but it does not have access to the police watch list or have knowledge of any MI5 investigation. There would have been no reason for him not to get the job,” a security source told the paper.

They added: “Butt could not only have caused serious damage but potentially helped other terrorists get into one of these events.” 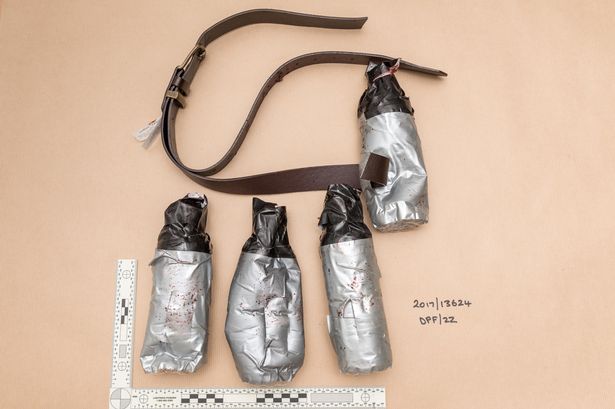 A fake suicide belt used by one of the London Bridge attackers (Source: Met Police)

Mr. Butt was a supporter of notorious hate preacher Anjem Choudary’s banned terror group al-Muhajiroun and appeared on a Channel 4 television documentary called The Jihadi Next Door in 2016.

He was reported to police for radicalising children in a park and was followed around the clock in 2015 whilst intelligence services were intercepting his communications under a warrant signed by the home secretary.

Officers wound down the investigation, however, amidst concerns that there was not enough evidence to convict the suspect and “get him off the streets”, sources told The Sunday Times.

The security insider continued: “We knew Butt was up to no good. We got to know him intimately. We wanted to get him off the streets. But the view was that we may not have enough to convict.”

The Pakistani-born British citizen, who came to the UK as an asylum seeker, was considered by police to be “low priority” despite warnings from whistleblowers.

After he led last weekend’s attack, which resulted in the death of eight and 48 injured, there are calls for police to re-examine how they handled his case.