Chancellor Philip Hammond and Brexit Secretary Liam Fox have teamed up to promise the UK will leave the Single Market and the Customs Union, and will not stay in the European Union (EU) via the “back door”.

The two men were on different sides of the Brexit debate and have publicly fallen out in recent weeks after Dr. Fox claimed he and Foreign Secretary Boris Johnson were not informed of Mr. Hammond’s plan to keep the UK tied to the EU for years in a so-called “transition period”.

Mr. Hammond has been widely seen as trying to frustrate or even block Britain’s exit from the EU by Brexit supporters.

However, the statement, made in an article for The Telegraph, represents a notable change in rhetoric. Both men now appear to be committed to a “transition period”, but also a “hard Brexit”, outside of the EU institutions.

The article’s publication comes as the prime minister returns from holiday and ministers prepare to publish papers on Britain’s Brexit plans covering the Irish border, the customs union, fisheries, and agriculture over the next 10 days.

In their article, Mr. Hammond and Dr. Fox write: “We respect the will of the British people – in March 2019 the United Kingdom will leave the European Union.

“We will leave the customs union and be free to negotiate the best trade deals around the world as an independent, open, trading nation.” 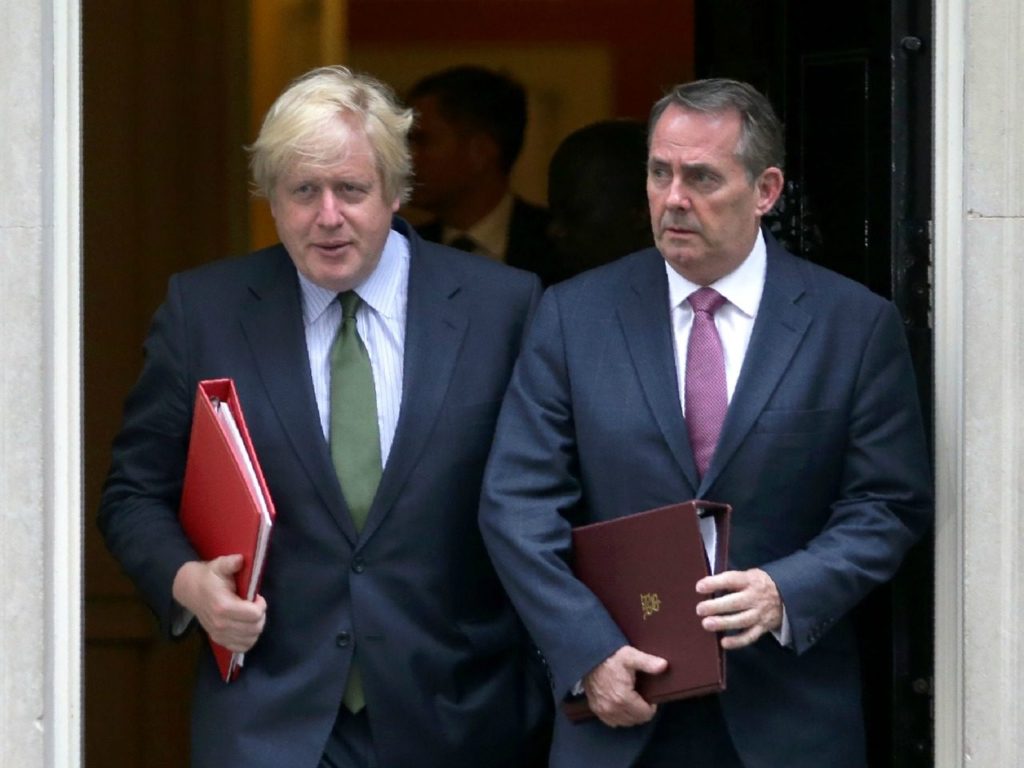 They pledged the UK will “leave the single market, because there was a vote for change on June 23rd and that is what we will deliver”.

Brexiteers have been suspicious of a so-called “transition period”, fearing it would be used to delay leaving the EU and see Brexit drag on until 2022.

In what seems as an effort to lessen those fears, the ministers write: “We believe a time-limited interim period will be important to further our national interest and give business greater certainty – but it cannot be indefinite; it cannot be a back door to staying in the EU.”

“We are both clear that during this period the UK will be outside the single market and outside the customs union and will be a ‘third-country’ not party to EU treaties, ” they added.

“But we are also clear that during this period our borders must continue to operate smoothly; goods bought on the internet must still cross borders; businesses must still be able to supply their customers across the EU and our innovative, world-leading companies must be able to hire the talent they need, including from within the EU.

“Once the interim period is over, we want a permanent, treaty-based arrangement between the UK and the EU which supports the closest possible relationship with the European Union, retaining close ties of security, trade and commerce.”