In the first nine months of 2017, the Swedish migration board has reported 2,875 serious incidents against their staff including threats of rape and assault, and threats to set fire to their offices.

Maria Johansson, working environment specialist at the Swedish Migration Board, said the incidents “can be anything including an inappropriate comment related to a sexual act. This is not a common problem with us, but it is serious when it happens.”

A case in Södermanland during the summer saw a female employee followed by a migrant man as she was going outside for fresh air. She decided to ignore him and look at her mobile phone but he started kissing her hand and then trying to kiss her on the lips before she pushed him off. 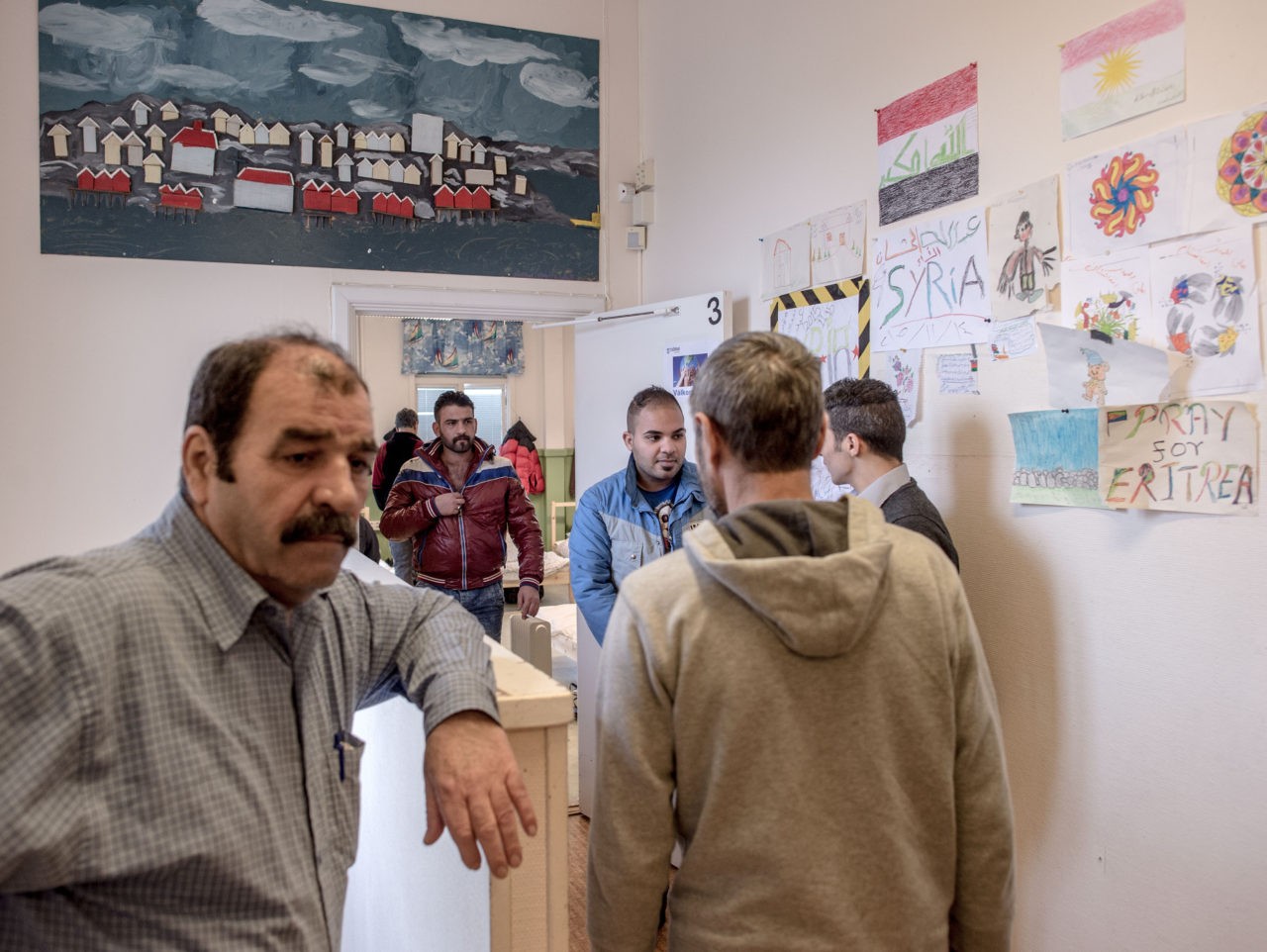 KLADESHOLMEN, SWEDEN – FEBRUARY 10: Asylum seekers are seen in a temporary house at the Vattendroppen school on February 10, 2016 in Kladesholmen, Sweden. (Photo by David Ramos/Getty Images)

In central Norrland, an aggressive migrant showed up at a migration board office and when security guards confronted him he not only threatened to kill them but turned to a female guard and told her he would find her address and rape her. The asylum seeker was later arrested and convicted for uttering threats.

Another female officer in the Stockhold area reported being followed on public transport. Although she asked the man to stop following her, he continued to harass her and told her that he knew she worked at the migration board.

“He threatened to throw me in front of the train,” the woman said.

When the train arrived, he reiterated that he wanted to accompany her home before he disappeared.

The migration office worker added: “I felt uneasy when I went to work the next day.”

Another report from an employee claimed that a migrant had called her at the migration board office 166 times in the span of only an hour and made threats against her.

Threats against employees or volunteers working with migrants can sometimes lead to brutal crimes. Over the past two years, several women working with asylum seekers have been killed by them.

The most known case in Sweden was that of asylum centre worker Alexandra Mezher who was killed by a Somalian man who lied about being underage.

In Germany asylum shelter volunteer Maria Ladenburger was raped and killed by an Afghan migrant who also admitted he lied about being underage.