Joining a growing trend in Europe to abolish Christian imagery to avoid offending other “sensibilities,” Nestlé has removed the image of a Christian cross from its Greek yogurt packaging featuring an Orthodox church on the island of Santorini.

Whereas in real life the blue dome of the iconic Anastasis church is surmounted by a white cross, the image of the church used for publicity has been photo-shopped to remove the offending Christian symbol.

In eliminating the cross, Nestlé, the world’s largest food and beverage company, has mimicked the choice of supermarket giant Lidl for its similar packaging. To justify its decision, Lidl said they were expunging the cross so as “not to hurt sensibility of other religions.”

The doctored images of the church were used for the packaging of Lidl’s Eridanous brand Greek-style yogurt — an in-house label which also includes a range of feta cheese, moussaka, and pistachio products. 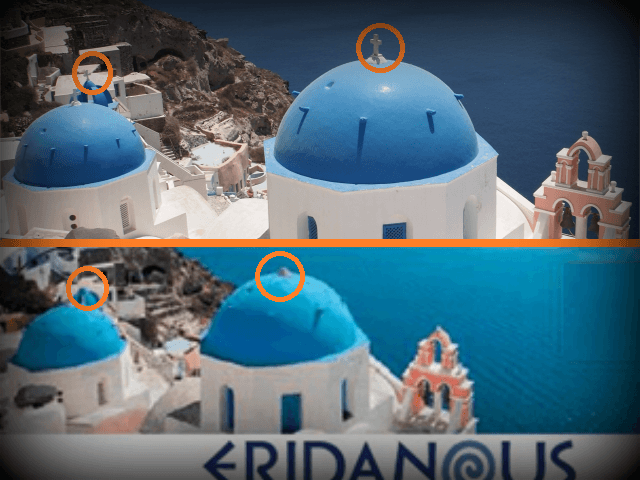 A spokesman for the supermarket chain, which has hundreds of stores throughout Europe and the United Kingdom, explained the modifications by saying: “We avoid the use of religious symbols because we do not wish to exclude any religious beliefs.”

The spokesman added: “We are a company that respects diversity and this is what explains the design of this packaging.”

The irony, of course, is that the removal of the cross is a destruction of diversity, by refusing to acknowledge the historical, cultural, and religious importance of the symbol. The company is, in fact, fighting exclusion by excluding Christian symbolism.

It is not the first time Christian symbols are hidden or are criticised not to hurt the sensibility of other religion:

As noted by the European Post, Nestlé’s cross-removal is merely the latest in a string of attempts to censure Christian imagery from the public eye, usually in the name of tolerance and diversity.

In Great Britain, a vendor was ousted from her stall at a market because of her refusal to stop selling Knights Templar coffee mugs, which featured a Christian cross as well as a Latin citation from the biblical book of Psalms. Tina Gayle, 57, was ordered to remove the £6 mugs from her stall because they could purportedly upset Muslims. The Knights Templar was a Catholic military order founded for the protection of Christian pilgrims going to the Holy Land from Muslim soldiers and marauders.

UK schools are removing “before and after Christ”—BC and AD—from the calendar in order to avoid offending non-Christians. Schools across the country have stopped using the terms BC and AD in religious education lessons for fear of offending non-Christians. The traditional terms BC, Before Christ, and AD, Anno Domini, are being replaced with the politically correct BCE – Before the Common Era, and CE – Common Era.

Not long ago, a school in Florence, Italy, cancelled a museum visit on the grounds that the sacred art—such as Marc Chagall’s White Crucifixion— could upset non-Catholic students.

The students from the Matteotti elementary school were set to visit an exhibit titled “Divine Beauty” featuring works by Van Gogh, Chagall, Fontana, Picasso, Matisse, and Munch, until the school council intervened to cancel the field trip. 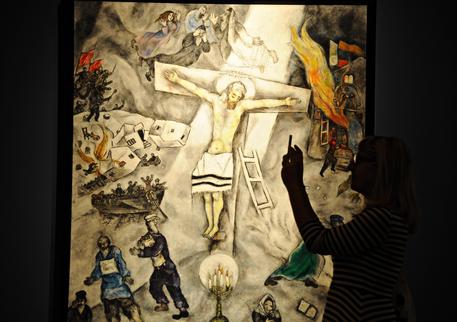