The crisis in Catalonia is grabbing headlines today, and the reasons behind the desire of the region to secede from Spain has its origins in cultural and political conflicts going back centuries, sharpened by contemporary economic disputes and confused European Union policies.

Turmoil in the would-be nation-state looks like it may be set to boil over. After attempts to halt a referendum on secession from Spain by force were unsuccessful, the central government in Madrid has imposed direct rule in response to a unilateral declaration of independence.

Regional leaders say they will attempt to carry on governing, and supporters of both independence and Spanish unity are on the streets and engaged in violent skirmishes.

The Spanish government has even said today it would charge the leaders of the region with rebellion.

But why does Catalonia — or a significant segment of the Catalan population, at any rate — want independence in the first place? 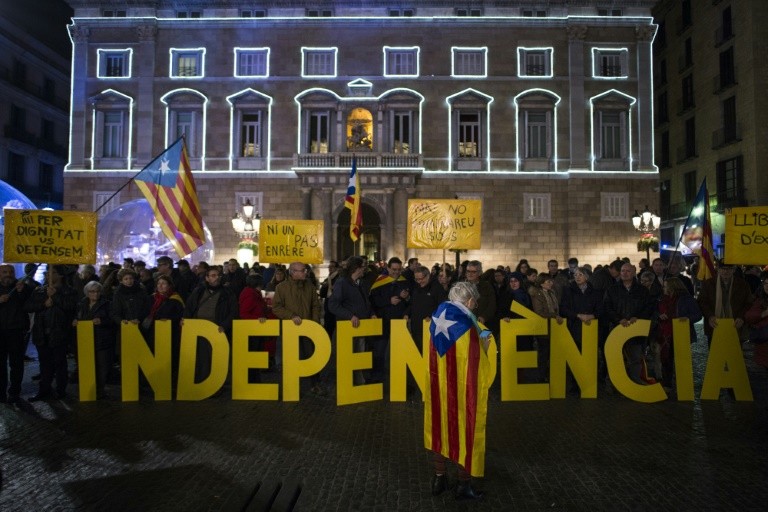 Catalonia has its origins in the County of Barcelona. This was carved out of territories recaptured from the Muslim Moors — who conquered much of the Iberian peninsula starting in the 700s — by the Frankish king Louis the Pious, son of Charles the Great (Charlemagne).

De facto independence was achieved with the demise of Charlemagne’s dynasty, when the Counts ceased offering allegiance or paying taxes to their Frankish suzerains.

Catalonia became a considerable maritime power after entering a dynastic union with neighbouring Aragon, holding the Balearic Islands, Corsica, Sardinia, Sicily, Southern Italy, Malta, and even Athens, with its power base in Barcelona.

Catalonia’s privileges were put in serious jeopardy with the union of the Catalan-Aragonese crown with the crown of Castile in 1469, founding what would later become the Spanish monarchy.

Concern at attempts to create a single Spanish army and anger at the quartering of Spanish soldiers in the homes of Catalan peasants triggered a popular uprising in 1640. Known as the War of the Reapers, the conflict culminated in Pau Claris, head of the Generalitat of Catalonia, proclaiming a short-lived independent republic under the protection of France.

Catalonia made a second bid to secure its constitutional liberties during the War of the Spanish Succession in 1702, backing the Austrian Charles III over the Frenchman Philip V, with the support of Great Britain.

The British withdrew from the war in 1713, however, and Barcelona fell to Phlip V after a long siege. Catalonia was stripped of its autonomy and, ultimately, incorporated into a unitary Spanish state.

Resistance was ruthlessly crushed under the new order, with an uprising against the unpopular regent Baldomero Espartero in Barcelona in 1842 being brought to a swift end when the army withdrew to Montjuïc Castle and began bombarding the city indiscriminately. 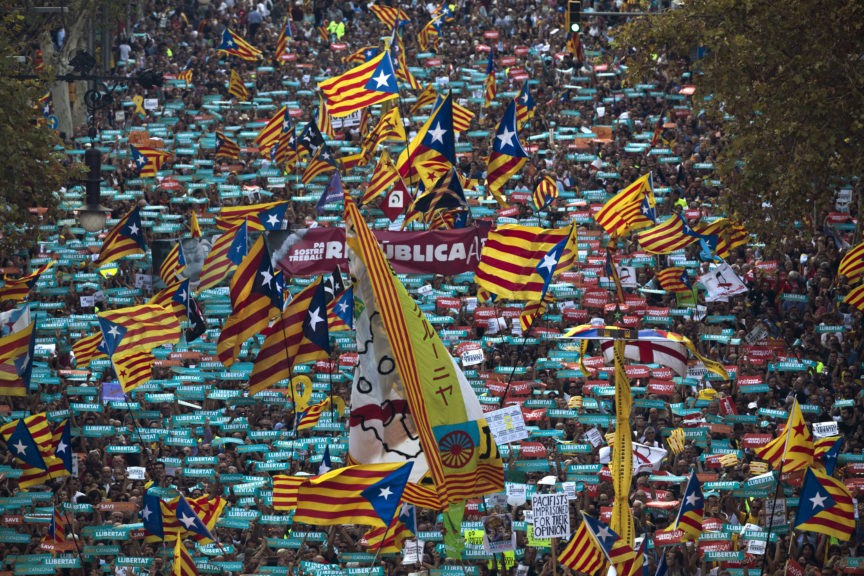 Catalonia proclaimed itself an independent republic once again ahead of Spain itself becoming a republic in 1931. It subsequently joined the Spanish republic as the autonomous Generalitat of Catalonia.

This new republic — which began to slide into revolutionary fervour fairly quickly — plunged into civil war when General Francisco Franco invaded from Spanish Morocco, along with some 136,000 Muslim soldiers who “uprooted everything and killed everyone [they] encountered”, according to veterans.

Catalonia is a centre of Islamism to this day, and has been called a “breeding ground for jihadism”. One-third of all Islamist arrests in the past five years were in the region. Barcelona was the site of a deadly Islamist terror plot in August, and jihadists from the region have been linked to the 9/11 attack.

Catalonia regained a measure of autonomy following Franco’s death in the late 1970s, although less than other regions, such as the Basque Country, currently enjoy.

It is the economic success which has accompanied the restoration of Catalonia’s institutions and language — heavily repressed by Franco — which has given the independence movement real impetus in recent years, as the rest of the country remains mired in economic difficulties.

Like the United Kingdom within the European Union, the Catalans contribute much more to Spain’s coffers than they receive back from the central government — although the picture is complicated somewhat by the region’s bad debts — leading to a sense that Catalonia is being dragged down by Madrid.

The European Union has been extremely disobliging to the broadly europhile and left-liberal Catalans since the onset of the current crisis, despite Barcelona’s repeated entreaties for Brussels to step in to condemn the Spanish government’s hardline measures and act as an honest broker between the two sides.

As an entity, the EU is known for its opposition to nationalism, with a plaque at the European Parliament which reads: “National sovereignty is the root cause of the most crying evils of our times and of the steady march of humanity back to tragic disaster and barbarism … The only final remedy for this supreme and catastrophic evil of our times is a federal union of the peoples.”

However, it has encouraged the idea of a “Europe of the Regions” in which the EU’s constituent member-states would be downgraded in importance, with the regions which make them up answering directly to federal European institutions.

To that end, its so-called Committee of the Regions has drawn together some 350 members drawn from the regions and localities of EU member-states, tacitly encouraging separatism in places such as Catalonia.

Brexit campaign leader Nigel Farage warned as long ago as 2001 that the European Union was using regional aid administered via the Committee of the Regions to “try and break apart the United Kingdom”.

However, while leading EU figures such as Guy Verhofstadt MEP have hinted that establishing Catalonia within a federal Europe would be one way out of the current crisis, most key players in Brussels seem to appreciate that a major economic crisis in a large Eurozone state such as Spain would have a disastrous knock-on effect.