The socialist government of Spain is trying to clamp down on ‘Tsunami Democràtic’, the Catalan separatist group that has taken inspiration from the pro-democracy activists in Hong Kong and was behind the mass protests earlier this week at the El Prat Airport in Barcelona. 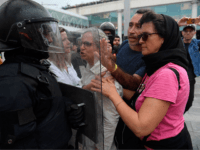 A politically charged trial of a dozen Catalan separatist leaders got underway Tuesday in Spain’s Supreme Court amid protests and the possibility of an early general election being called in the country. 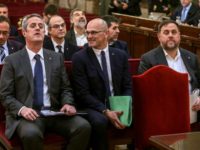 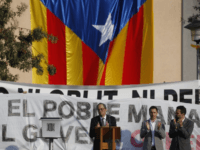 Spain’s new Socialist Prime Minister Pedro Sanchez has made waves in his first two weeks in office, taking in the misbegotten migrant ship Aquarius after it was shunned by Italy and cracking down on the Catalan independence movement. 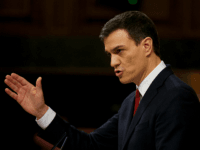 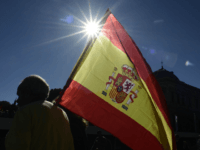 Ousted Catalan leader Carles Puigdemont has said Catalans should decide if they still want to remain part of the European Union if independence is achieved, and slammed the bloc for ignoring abuses to democracy. 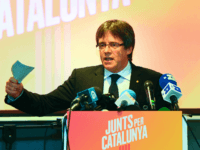 BRUSSELS (AP) – The prime ministers of Spain and Belgium have held talks over their testy bilateral relations as ousted Catalan leader Carles Puigdemont and four secessionist allies prepare for an extradition court appearance in Brussels.Friday’s court hearing for the 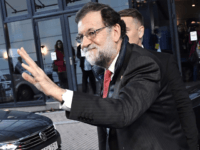 BRUSSELS (AP) – The Latest on the crisis in Spain over lawmakers in Catalonia voting for independence (all times local):4:05 p.m. Catalonia’s ousted leader says he’s ready to cooperate with Belgian authorities after Spain issued a European warrant for his 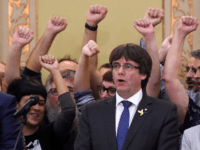 The Spanish prosecutor has called for the controversial European Arrest Warrant (EAW) to be used against Catalan leader Carles Puigdemont and four members of his government after they refused to appear in court to face accusations of misuse of public funds, rebellion, and sedition. 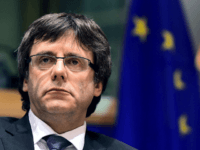 Catalan Leader Flees to Brussels for ‘Freedom and Safety’

BRUSSELS (AP) — Catalonia’s ousted regional president said Tuesday he traveled to Brussels to seek “freedom and safety” after Spain blocked his bid for Catalan independence and sought to bring charges against him that could put him in prison for decades. 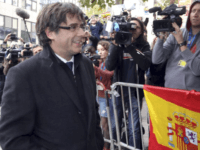 Why Does Catalonia Want to Leave Spain? – Origins of the Catalan Crisis

The crisis in Catalonia has its origins in cultural and political conflicts going back decades and even centuries, sharpened by contemporary economic disputes and confused European Union policies. 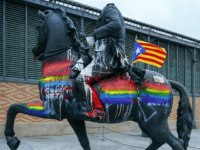 BARCELONA, Spain (AP) — Spain’s state prosecutor said Monday that he would seek charges of rebellion, sedition and embezzlement against members of Catalonia’s ousted secessionist government, pushing the crisis over the region’s independence declaration into an uncertain new phase.Chief prosecutor 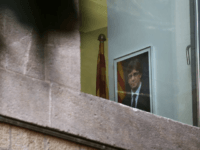 BARCELONA, Spain (AP) – Tens of thousands who want Catalonia to remain part of Spain rallied in downtown Barcelona on Sunday, two days after a separatist majority in Catalonia’s parliament voted for the wealthy region to secede.Organizers say the march’s 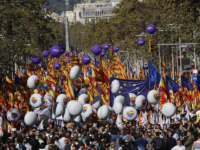 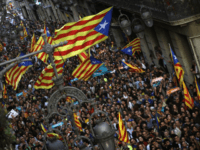 BARCELONA, Spain (AP) — Spain announced an unprecedented plan Saturday to sack Catalonia’s separatist leaders, install its own people in their place and call a new local election, using previously untapped constitutional powers to take control of the prosperous region that is threatening to secede. 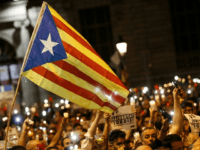 BARCELONA, Spain (AP) — Spanish Prime Minister Mariano Rajoy says his government will announce on Saturday the specific measures it plans to take control of the Catalonia region now that an agreement has been reached with the country’s main opposition parties.

BARCELONA, Spain (AP) — Pressure is mounting from within the Catalan separatist movement on Friday for the regional president to declare independence from Spain once and for all, a move that could prompt the central government to take over the region’s powers of self-governance. 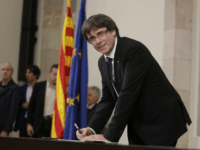 BARCELONA, Spain (AP) – Police are guarding public buildings and closing off a park surrounding the regional Catalan parliament in Barcelona where a declaration of independence on Tuesday evening is likely to be met with a harsh response from Spanish 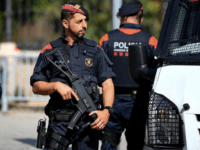 BARCELONA, Spain (AP) — Organizers say that 930,000 people have marched in Barcelona on Sunday to protest the Catalan government’s push for secession from Spain. 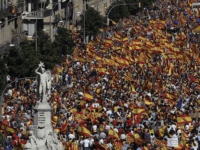 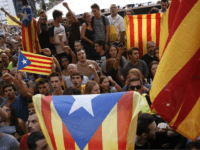 MADRID (AP) — The speaker of Catalonia’s regional parliament has called a Tuesday evening session where the separatist regional leader will answer questions on the turbulent political situation. 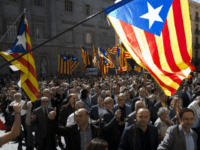 The best thing about Brexit will be the fact Nigel Farage will never speak in the European Parliament again, a Spanish MEP blasted in the chamber. 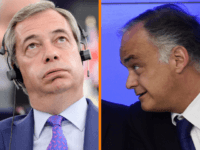 John Bolton on Trump-Tillerson Feud: The President ‘Needs to Get Control of His Entire Government’ 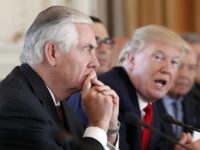 BARCELONA, Spain (AP) — Spain’s Constitutional Court on Thursday ordered a suspension of Catalonia’s parliamentary session next week during which the region has said it might declare independence and further fuel Spain’s worst crisis in decades.

The European Union’s Brexit negotiator has accused Catalonia’s independence referendum of being fixed, in a speech declaring the region’s future lies embedded in a “multicultural, federal Europe”. 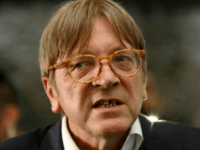 Center for Security Policy President Frank Gaffney joined SiriusXM host Alex Marlow on Wednesday’s Breitbart News Daily to discuss the possibility that President Trump will withdraw from the Iran nuclear deal. He also offered some observations on the Catalan independence movement in Spain. 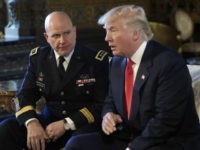 As Catalonian leaders signal they could declare independence from Spain within a week, former UK Prime Minister Tony Blair is reportedly pitching himself as a mediator between the two sides. 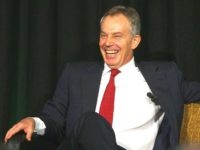 Brexit leader Nigel Farage has slammed the European Union (EU) over its silence on violence in Catalonia carried out by military and police sent by Brussels-backed Madrid. 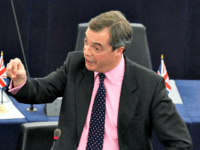 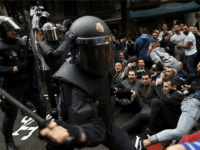 BARCELONA, Spain (AP) — Spanish riot police smashed their way into Catalan polling stations Sunday to try to halt a disputed referendum on independence, firing rubber bullets and attacking voters who were trying to stop them from confiscating ballots. The daylong melee injured at least 460 civilians and 11 police, authorities said. 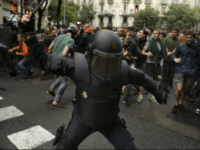