The anticipated clearance will provide a welcome boost to British Prime Minister Theresa May, who earlier this week lost a key parliamentary vote over giving lawmakers the final say on the Brexit deal before Britain leaves the EU in March 2019.

EU leaders agree to move on to the second phase of #Brexit talks. Congratulations PM @theresa_may

May received a round of applause from EU leaders Thursday night after giving her assessment of progress in the talks.

In a breakthrough last week, the two sides agreed that the first round of issues in the Brexit talks had advanced sufficiently for now. These involved Britain’s divorce payment, keeping the border between Ireland and Northern Ireland open and sorting out citizens’ rights following Brexit.

European Commission President Jean-Claude Juncker said “some of us thought, including me, that she did make big efforts and this has to be recognized.”

Malta’s prime minister, Joseph Muscat, echoed that view, saying “there was appreciation from everyone,” despite admitting concerns in the EU about developments in London.

May’s first priority in the next phase of talks is to establish a transition period, likely involving Britain remaining part of the single market and the customs union and probably lasting about two years. A transition period would ease Britain out of the EU and provide some certainty to business. Many British firms, particularly in the finance sector, have warned that they might put contingency plans in place soon that could involve them relocating activities into the EU. 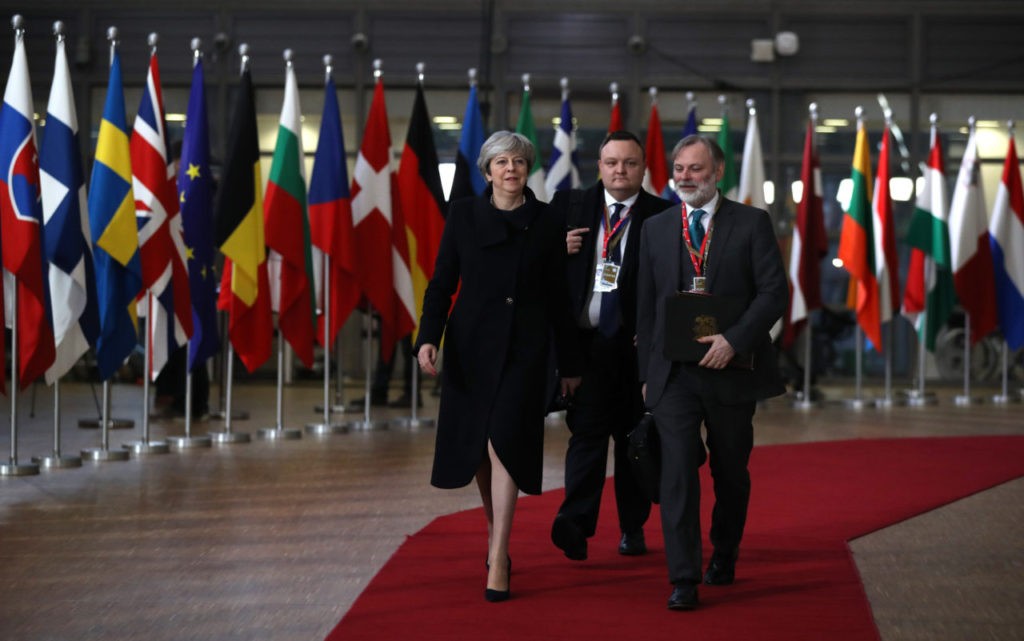 During any transition, the EU is demanding that London should give up its seat at the leaders’ table, lose all its lawmakers in the European Parliament and remove its judges from Europe’s courts. However, it would still have to obey EU laws and respect the primacy of the European Court of Justice.

Trade talks may be held after Friday, but no trade agreement between the EU and Britain can be finalized until after the transition period.

While sympathizing with May, leaders said they wanted the British prime minister to provide more details on what she is looking for both in the transition period and in the future relationship.

“We need a little bit more clarity from the U.K.; what type of relationship we shall be entering into,” said Croatian Prime Minister Andrej Plenkovic.

“She is having to cope with all sorts of pressure,” he said.

“There has been a lot of divergent thinking on what that should look like,” he told reporters.

Varadkar held separate talks with May overnight “to compare notes,” and he said they would meet again early in the new year.

When asked about the chances that Britain might not leave in 2019 as planned, most leaders said only that this should be up to the British people and parliament.