Asked by British state media presenter Emily Maitliss on BBC politics show Newsnight on Wednesday whether the “base now goes with Bannon or it sticks with Trump”, Kassam denied there would have to be any such schism in the American conservative movement.

“It sticks all together… If you look at what Steve Bannon is doing, if you look at Breitbart News, it is the only news site in the world which truly endorses the MAGA agenda, and it doesn’t need to be ‘either/or’.

“When Donald Trump is himself on the stump, he has the best political instincts of anyone in the past couple of decades, at least, to build that base and get all those people voting and to the rallies… we’re not on different sides here,” the Breitbart editor said. 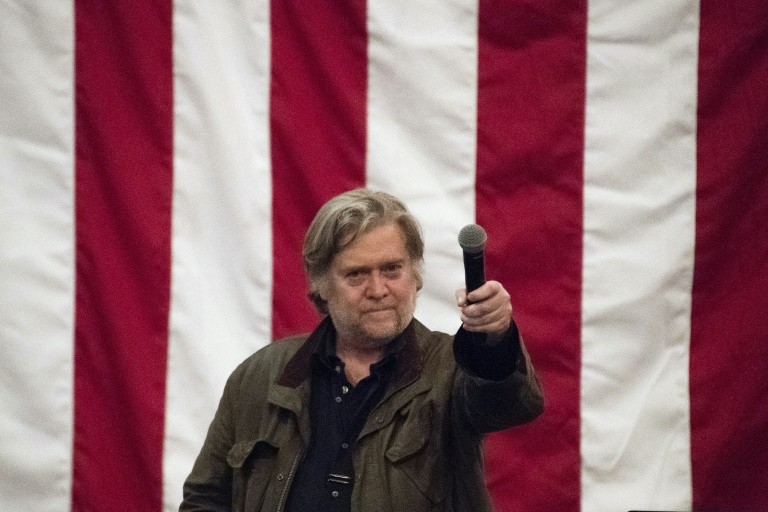 Noting that the conversations with Steve Bannon recounted in Michael Wolff’s Fire and Fury book were likely based on “hypothetical questions” and probably presented without “the full context of the conversation”, Kassam emphasised that Mr. Bannon’s professional life had led him to take threats from Russia very seriously.

“I think he takes that very seriously, so when he remarks that these people probably shouldn’t have been in Trump Tower taking meetings with senior campaign staff without lawyers in the room, I think that’s a fair thing to say,” Kassam said.

Emphasising how Bannon had always stuck by the president during the election campaign even when his other advisors believed the election was going to be a total loss, Kassam said: “Bannon said at the time: ‘100 per cent metaphysical certitude that you are going to win’, and at the time candidate Trump didn’t believe Steve.