U.S. evangelist Frankin Graham has hit back at lawmakers who want to ban him from entering the UK on grounds that his preaching allegedly breaks British hate speech laws.

“I’m coming to preach what the Bible says, what God says – I’m not coming with my own message,” Reverand Graham told Premier Christian Radio ahead of his appearance at the Lancashire Festival of Hope in Blackpool in September.

Activists object to his statements on Islam, such as that politicians should stop calling Islam a “religion of peace” and his recent comments to the Daily Mail that “the war we have been in since 9/11 has been with Islam, whether it’s ISIS or Al Qaeda or whatever you want to call it. And that war continues. And that’s just a fact.”

Politicians should stop saying “Islam is a religion of peace.” #Barcelona https://t.co/UW4UbygSEm

Rev. Graham, who gave a reading at U.S. President Donald J. Trump’s inauguration, has also been criticised for his rejection of the LGBT agenda – notably, for preaching that marriage is between a man and a woman.

Asked by Premier Christian Radio if he thought his message of Christian love “gets lost with your comments on Islam and homosexuality”, Rev. Graham said:

“I think it’s important that pastors understand that we cannot compromise on the truth. God made marriage between a man and a woman.”

“And as it relates to Islam,” he added, “If you think that’s offensive, Jesus was offensive. He said that ‘I am the way, the truth, and the life. No man comes to the father but by me.’ He offended many people.”

Questioned on whether pastors needed to help change the “tone” in the discussion on contemporary issues that come into conflict with the Bible, Rev. Graham said: “You can’t change the word of God – which is where pastors get into trouble is when they think the word of God needs help, and they try to ‘tone’ it, tone it down.” 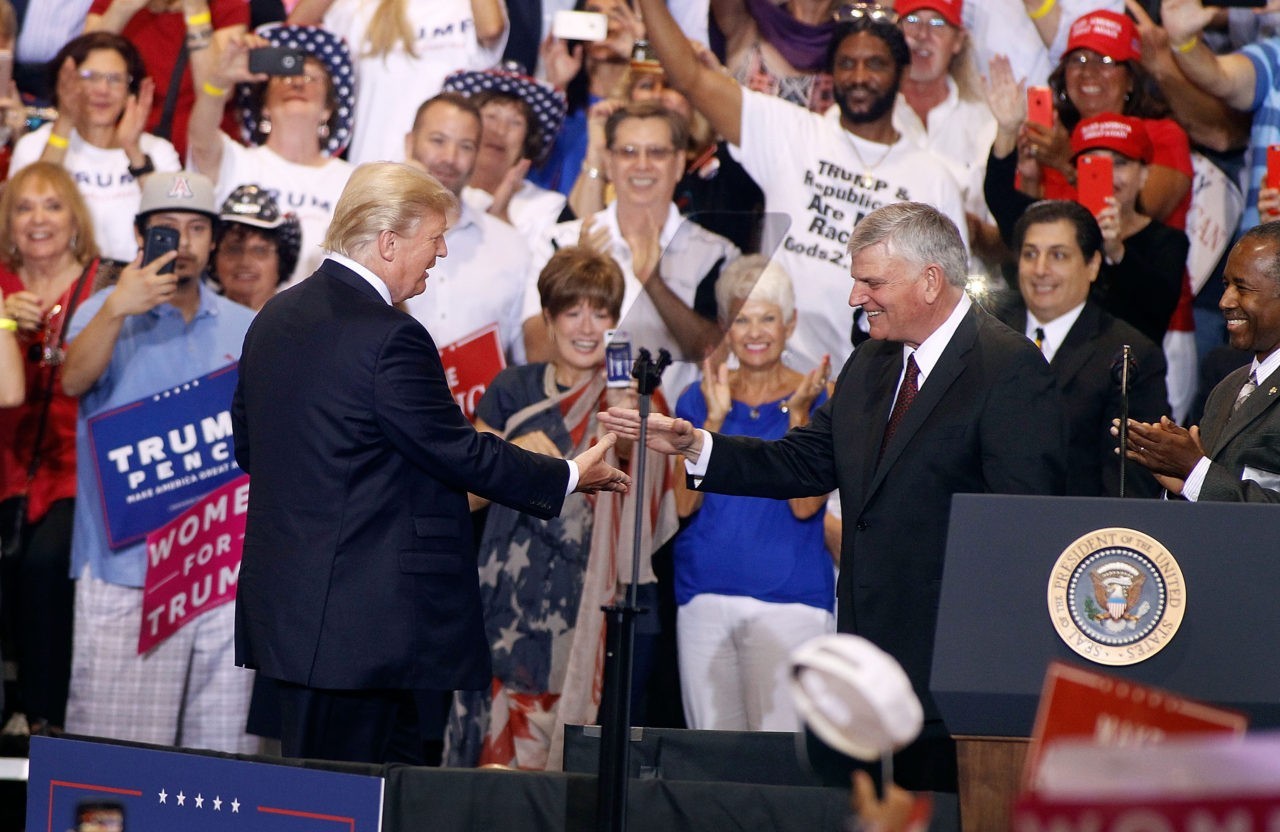 Son of the renowned Rev. Billy Graham, Rev. Franklin Graham told the Christian radio network in late January that objections to the family’s evangelism had been vocalised when his father, who enjoys a friendship with Queen Elizabeth II, would come to the UK to preach.

Should Rev. Graham be barred from entering the UK, he would join opponents of Islamic extremism Pamela Geller and Robert Spencer on a list of U.S. citizens who are subject to entry refusals.

However, Islamic hate preacher Ebrahim Bham was allowed to enter the country to speak at Europe’s largest “Jew hate event”, Palexpo, in July 2017 despite calling Jews “agents of Satan” and quoting Nazi Joseph Goebbels who compared Jews to fleas in sermons.