An Iraqi asylum seeker, who illegally entered the UK in the back of a lorry when he was 16, packed a bomb with knives, nails, and bolts to cause “maximum harm and carnage”, a court has heard.

Ahmed Hassan, 18, is accused of attempted murder and causing an explosion likely to endanger life for the September 2017 Parsons Green Tube Station attack when a device stuffed with shrapnel and the chemical explosive TATP (triacetate triperoxide) partially detonated in a train carriage, injuring 30 people.

Prosecutor Alison Morgan told the jurors at the Old Bailey on Wednesday that the Iraqi asylum seeker packed the bomb with nearly 5lbs of bolts, knives, nails, screws, screwdrivers, and sockets to cause “maximum harm and carnage to those in the surrounding area”, the BBC reports.

“There were approximately 93 people in the carriage when the device detonated,” Ms. Morgan said, describing the incident which occurred at 8:20am, September 15th, 2017.

“The partial explosion created a large fireball. Some in the carriage were caught by the flames and sustained significant burns.

“Many ran in fear and panic. They were fortunate. Had the device fully detonated, it is inevitable that serious injury and significant damage would have been caused within the carriage,” she added. 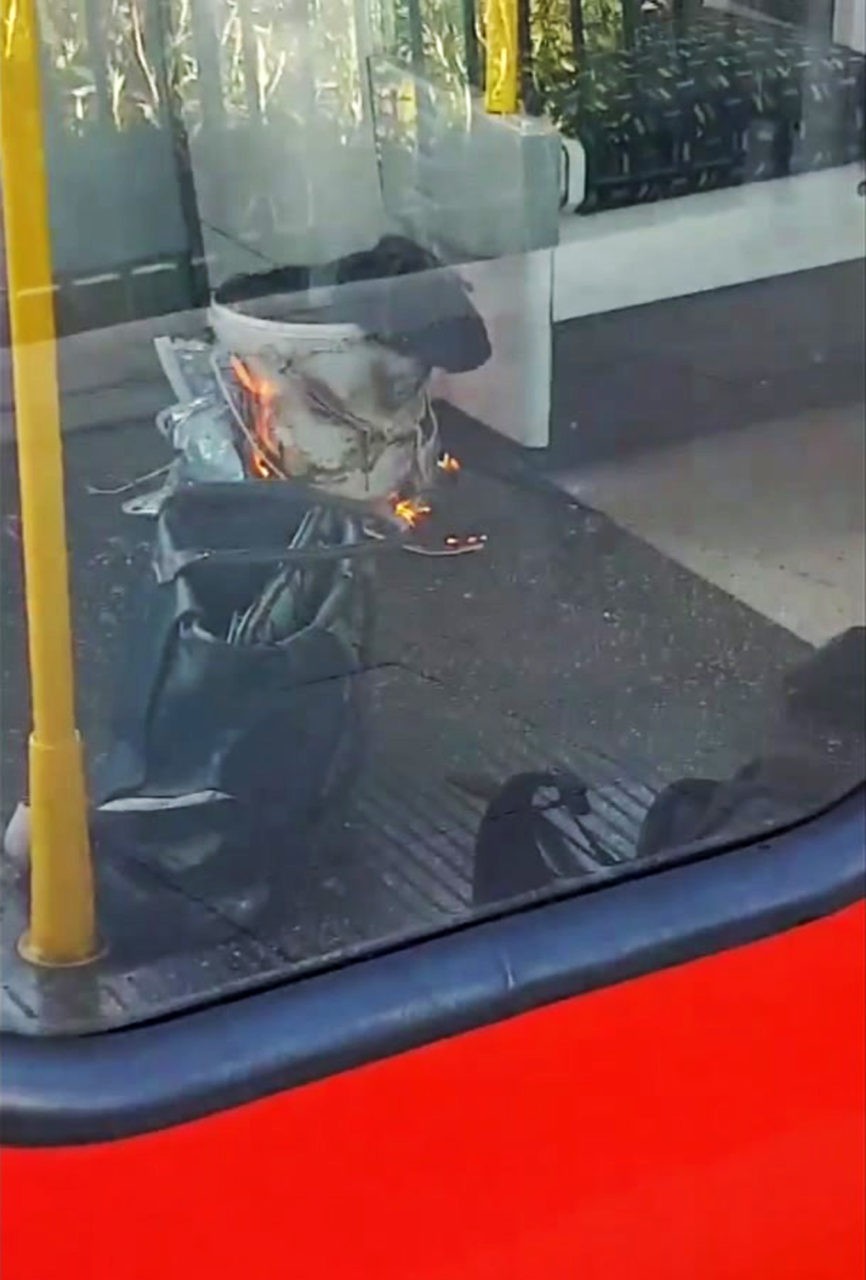 FILE – This is a Friday, Sept. 15, 2017 file photo of an image made from video showing burning items in underground train at the scene of an explosion at Parsons Green station in London. (Sylvain Pennec via AP, File)

The jury saw CCTV footage from inside the train which showed the fireball engulf the carriage and commuters ducking from the flames.

The court also heard of the ensuing stampede where hundreds of commuters, including school children, ran “in fear and panic” down the narrow staircase out of the station during morning rush hour.

The Iraqi had allegedly packed the shrapnel in a white builder’s bucket, which was then placed into a Lidl grocery chiller bag.

The TATP, also known as the “mother of Satan”, the Islamic State’s explosive of choice, was placed in a Tupperware container and a blue glass vase, both of which were put inside the bucket with a crude timer, then covered in dark fabric and a pair of trousers.

Hassan got off the District Line train at Putney Bridge Station leaving the device behind, the prosecutor told the jury. 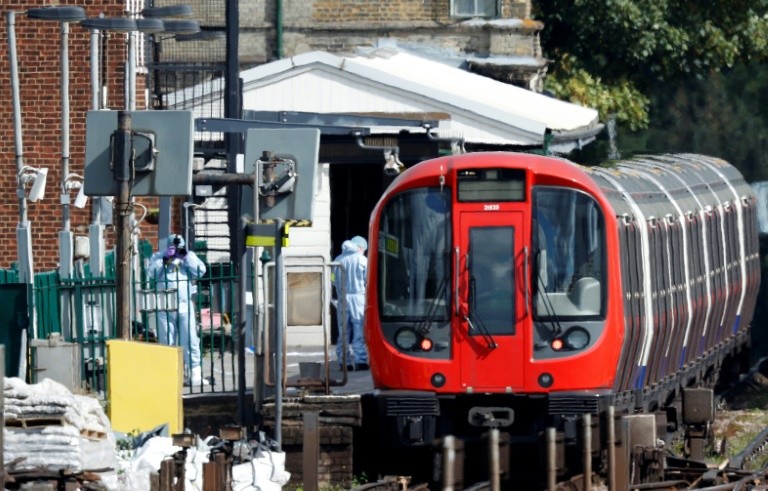 Police forensics officers work alongside an underground tube train at a platform at Parsons Green station in west London.

The asylum seeker illegally entered the UK, from France via the Channel Tunnel, in October 2015 and claimed to be born in 1999, making him then aged 16, according to The Telegraph.

He was then fostered for a period with Penelope and Ronald Jones in Sunbury-on-Thames, Surrey. The elderly couple had both received MBEs for their services to children and came out of retirement to foster refugee minors.

Hassan was charged with an attempt to “murder persons travelling on a District Line Train from Wimbledon” and having maliciously caused an “explosion of a nature likely to endanger life or to cause serious injury to property” one week after the attack on September 22nd.

The charges were both of a criminal nature and were not brought from counter-terrorism acts on the UK’s statute books.