The hostage-taking gunman responsible for at least three deaths in Carcassonne, France Friday has been shot dead after demanding the release of Salah Abdeslam, the sole remaining killer of the 2015 Paris attacks from Prison.

Friday’s attacker, who has been identified as Moroccan origin Carcassonne resident Redouane Lakdim, who attacked police and a supermarket with weapons including a handgun made the demand for France to release its most closely guarded prisoner, the terrorist Salah Abdeslam Friday afternoon.

Described as ‘public enemy number one’ by French newspaper Le Figaro, Abdeslam was a delinquent-turned terrorist cell member who was part of the November 2015 carnage that killed 130 in locations across the city including the Bataclan theatre. 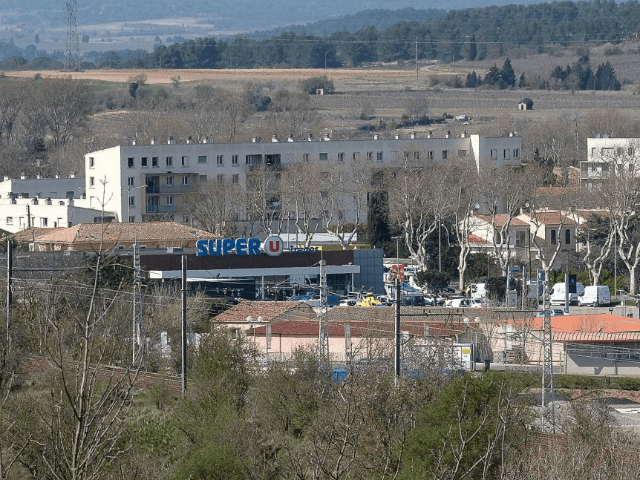 The Super-U market in Carcassonne, France, which was at the centre of a hostage siutation with an Islamic-State affiliated Moroccan origin male Firday / Getty Images

The hostages taken by tLakdim in Carcassonne, France have now been released with reports stating the final hostage was exchanged in return for a 45-year-old lieutenant colonel of the French Army. The gunman was shot dead by French police shortly afterwards, with the government stating while the individual was known to police for petty crime, he was not a known Islamic radical.

Three were killed in total during Lakdim’s attack, including the passenger of the car he stole to launch the attack Friday morning.

Reports stated a group of police officers in civilian clothes on their morning run had been attacked by Lakdim from the car, who may have attempted to run the group down and fired a number of shots from the vehicle before driving away.

Police entered into a standoff with an attacker at a supermarket approximately fifteen minutes away from the site of the first. Specialist counter-terror assumed responsibility for the investigation and French Prime Minister Edouard Philippe confirmed the incident is being treated as a terrorist attack.

Two have been killed in the attack and a dozen more injured, reports Le Figaro, which quotes a witness at the scene who said the ‘Allah Akbar’ shouting assailant was seen in the supermarket carrying knives, a handgun, and grenades.

The French Interior Ministry confirmed the ongoing incident in Trebes, Carcassonne, in a Tweet which urged the importance of the ongoing police operation and which pleaded with members of the public to not “spread rumours” about the nature of the attack. The interior minister, who was visiting a police academy when the attack took place, said on Twitter he was immediately travelling to the scene.