A mosque in Devon, England has admitted taking funds from a radical cleric who backed al-Qaeda aligned militia groups in Libya, describing him as “a highly respected member of the community”.

Exeter Mosque denies extremism, but is coming under mounting pressure to reveal how much money it took from Sadiq Al-Ghariani (pictured) following concerns the institution may have benefited from terrorism.

Al-Ghariani has been banned from Britain because of his views, and online videos have shown him praising violent jihad and appearing to express support for terror-linked groups in Libya, the Plymouth Herald reports.

In one video, he rants: “Those of them who die, are dying for the sake of God.”

“Mr. Sadiq Al Ghariani has resided in Exeter in the past, and was a highly respected member of the community,” the mosque told the Plymouth Herald in a statement.

“At the time, Exeter Mosque had no reason to doubt him and no concerns were raised with the mosque or its trustees by any governmental bodies, law enforcement or any concerned member of the community.

“We are not aware of his activities in Libya and therefore have informed the police of the contents of this petition.”

The mosque refused to say how much they took off the alleged extremist, but an online petition claims the donations from Ghariani totalled almost a quarter of a million pounds. 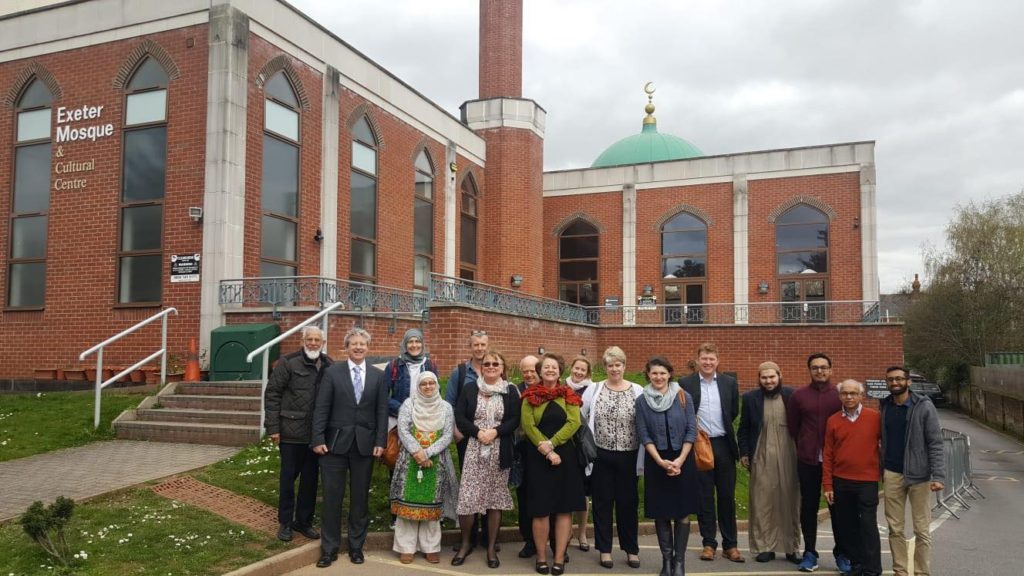 The petition is addressed to Shaheed Ul Hassan, who has been a trustee the mosque since its inception in the 1970s, and Tallha Abdulrazaq, the son of a former trustee, accuses him of accepting £250,000 in cash from the extremist.

The petition reads: “This raises a number of concerns. Firstly, the community is concerned about the extent of your relationship with Ghariani, and any other ties – political, social, business or otherwise – that you may have with him.

“We are aware that, on a number of occasions, you had personally invited the mufti to give lessons at the mosque, and you also have financial interests with him.

“This could be highly damaging to the Muslim community in Exeter who, on the whole, are law-abiding, peaceful and upstanding members of British society.

“Secondly, and upon examining the mosque’s accounts for the past several years, it is unclear where this enormous amount of money has gone. It is not clear where, when or how this money was banked, and it is similarly vague as to what it was spent on.

“Further, this substantial sum of money could be proceeds from criminal or terrorist activities, which raises significant criminal and legal concerns for us as a Mosque and a community.

“You are required to provide a full accounting of your relationship with Ghariani, what you did with that money, where it went, why it was not properly accounted for, and to state how you know that it is not money born from criminal proceedings.”