Around 80 to 100 Identitarian activists from across Europe took part in the two-day action which saw the group deploy helicopters as well as drones and create a symbolic border control checkpoint at the Col de l’Echelle mountain pass in the French Alps, Le Monde reports.

Thanks to Generation Identity, no illegal migrant has managed to enter France via the Col de l'Échelle in the Alps today!

The group claimed that due to their actions on Saturday, not a single migrant ventured across the mountain pass into France from Italy.

Left-wing journalists, like Alexandre Hervaud of the French newspaper Libération, compared the anti-mass migration activists to Nazis on social media, while others, like Alexis Poulin, accused the group of anti-Semitism writing on Twitter: “The time of the helicopter militia has arrived… and where are the police of the republic to prevent armed gangs from making the law? We haven’t learned anything. The dark years are catching up with us.” 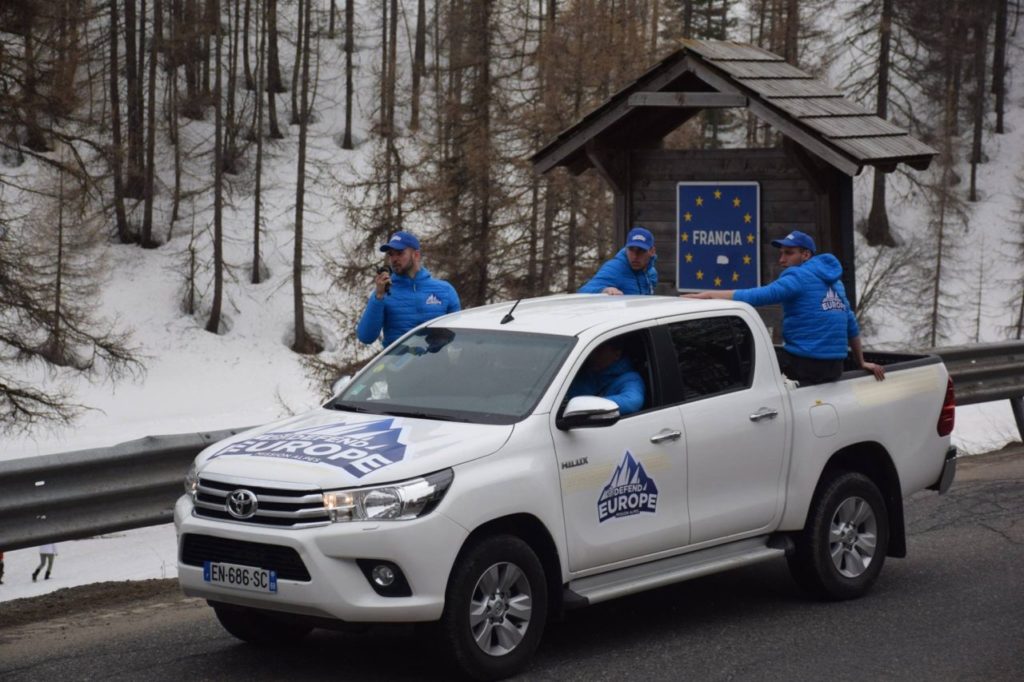 In response to the Identitarians, far-left open borders activists decided to march on the Col de Montgenèvre mountain pass along with 30 or so migrants on Sunday.

When the open borders activists and migrants arrived at the border, they were met by French police and two of the activists were taken into custody for the “assistance to the entry of foreigners in an irregular situation into the national territory”.

Not all of the reactions to the Defend Europe mission were negative. Former presidential candidate and populist leader Marine Le Pen took to Twitter to comment, saying: “The operation of Generation Identitaire has a funny consequence: the whole left complained in the [parliament benches] that it is not the forces of order that go to protect the borders…”

In a press release, the Identitarian movement declared the action a “victory” and said: “Our continued efforts have shown that it doesn’t take much to patrol this area, which hasn’t gone unnoticed by the French Government. As a result of our actions, the French interior ministry has now pledged to send security forces to the French-Italian border to ensure that it is secured against any illegal migrants trying to cross it.”

The mission is the second major project for Defend Europe which, last year, hired a ship to watch over pro-migrant rescue NGOs operating off the Libyan coast and managed to raise a substantial amount of money online.

Although the initial mission was plagued by many problems, including severe opposition from far-left activist groups, the group claimed it a success as during the same time the Italian and Libyan governments both increased pressure on the NGOs, including the arrest of some who were suspected of working with people smugglers.