SARAJEVO, Bosnia-Herzegovina (AP) — A convoy of buses with 270 migrants, including children that were stuck in central Bosnia, was allowed to pass after several hours of political bickering on Friday — reflecting the chaotic situation in the war-scarred Balkan country as it struggles to cope with the influx.

Authorities were transporting the migrants from Sarajevo, the capital, toward a center for asylum-seekers near the southwestern town of Mostar, but regional authorities there didn’t allow them in. They said they weren’t informed about the arrival of the convoy, something that was denied by the country’s interior minister.

The buses returned to the Sarajevo district and remained blocked for hours on a mountain road. Local media reported 18 children among the migrants, who appeared frightened and confused. 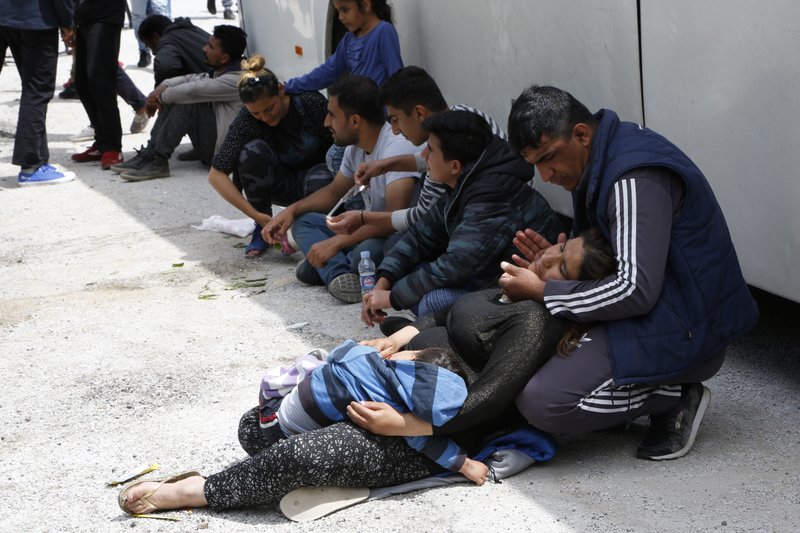 A migrant man comfort his wife who has lost consciousness at the Ivan sedlo, 30 kms south of Sarajevo, on Friday, May 18, 2018. (AP Photo/Amel Emric)

Bosnia’s authorities earlier in the day dismantled a migrant tent settlement in central Sarajevo in preparation for the move to Mostar.

Interior Minister Dragan Mektic told N1 television that the stoppage of the convoy was illegal and that it “jeopardizes the constitutional order” of Bosnia. He said the blockade amounted to a “coup d’etat.”

After a bloody war in the 1990s, Bosnia was split among Bosnian Muslim, Croat and Serb entities. Sarajevo is under Bosnian Muslim control, while Mostar is under Croat control.

Denis Zvizdic, the acting head of Bosnia’s Council of Ministers — or the country’s government — said the local Bosnian Croat authorities “will have to face the consequences” for preventing state authorities from carrying out their policies of trying to shelter the migrants “in a humane and dignified manner.” 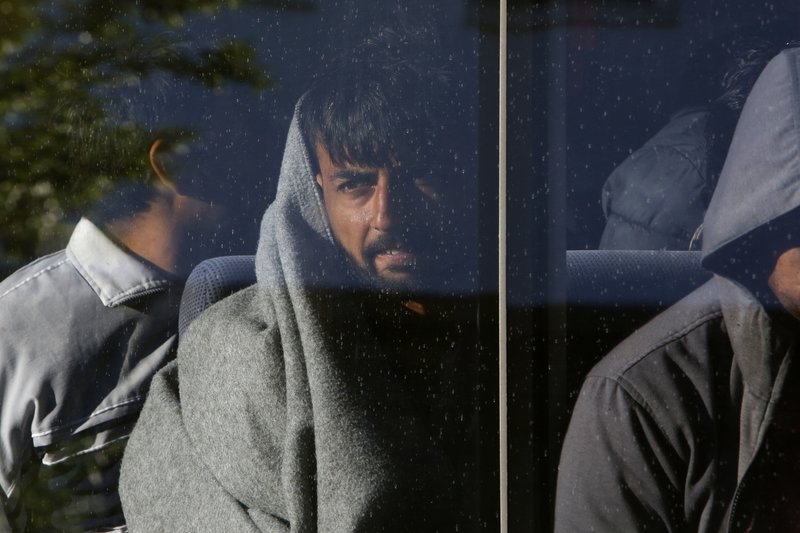 A migrant sits in a bus after the evacuation of a makeshift camp in a park across the City Hall, in Sarajevo, on early Friday morning, May 18, 2018. Hundreds of migrants who have been camping in the Bosnian capital of Sarajevo in a makeshift tent settlement in a city park are being relocated this morning in southern Bosnia. (AP Photo/Amel Emric)

Peter Van Der Auweraert, chief of the International Organization for Migration mission in Bosnia, said the migrants were to be transported to a refugee camp “where there are barracks, there are medical services, where there would be food.”

Thousands of migrants fleeing wars and poverty in the Middle East, Asia and Africa have recently turned from Serbia to Bosnia to avoid more heavy guarded routes and borders in other Balkan countries. Hundreds have been camping outdoors in Sarajevo and elsewhere.

Bosnian police have increased patrols along the borders with Serbia and Montenegro to prevent the growing influx of migrants illegally trying to reach Western Europe. 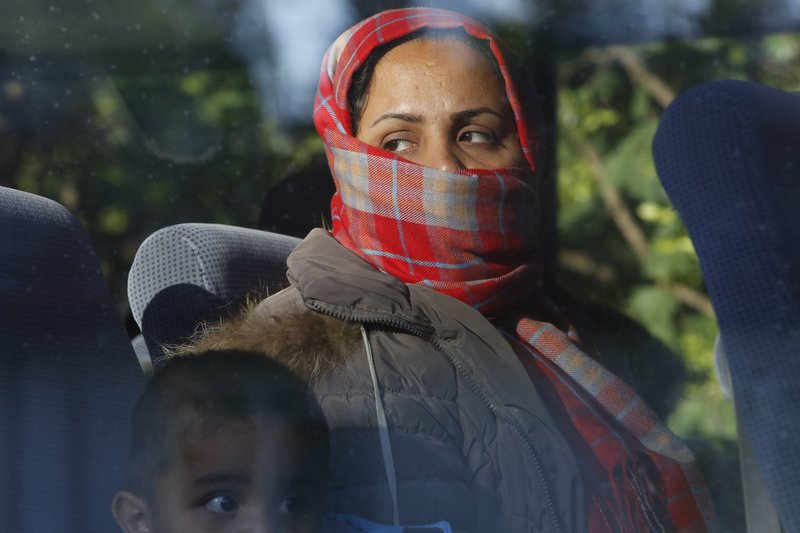 A migrant sits in a bus after the evacuation of a makeshift camp in a park across the City Hall, in Sarajevo, on early Friday morning, May 18, 2018.  (AP Photo/Amel Emric)