The United Kingdom commemorates two deadly terror attacks whose anniversaries fall on the same date, as the nation remembers Drummer Lee Rigby who was killed on May 22nd, 2013, and the 22 victims of the Manchester bombing on May 22nd, 2017.

Manchester will see a service at Manchester Cathedral Tuesday afternoon, and there will be a national minute’s silence at 1430 BST (0930 EST) in commemoration of the bomb attack at the Manchester arena one year ago. The attack, perpetrated by Muslim radical Salman Ramadan Abedi, targeted at a children’s pop concert by American singer Ariana Grande killed 22 and injured over 800 others. The bomber was also killed in the blast.

Sharing the same anniversary is the 2013 murder of Drummer Lee Rigby of the Royal Regiment of Fusiliers, who was killed outside his own barracks in Woolwich, London, by Muslim radicals Michael Adebolajo and Michael Adebowale.

Lee Rigby’s death was marked Saturday by a commemorative motorcycle ride from Rochdale Town Hall to the Middleton memorial gardens, where there is a memorial to the Fusilier. Both towns are part of the Greater Manchester Connurbation. 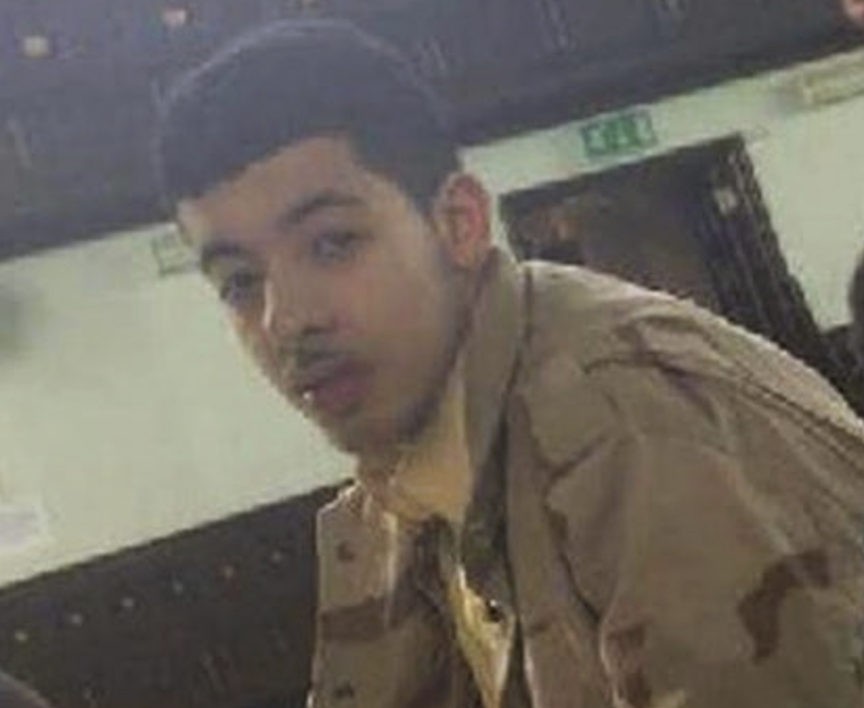 The second most deadly terror attack on British soil of the 21st century, Libyan origin Muslim bomber Salman Ramadan Abedi killed 22 when he detonated a home-made device at the Manchester Arena after a show by pop-star Ariana Grande had finished. Set off in the entrance hall of the building as people left the concert, the explosion killed a mix of children who had attended the event and parents who had come to pick them up.

The youngest victim was eight-year-old Saffie Roussos (pictured above), and the oldest 51-year-old Jane Tweddle, who had gone with a friend to the Arena to pick up her friend’s daughter. 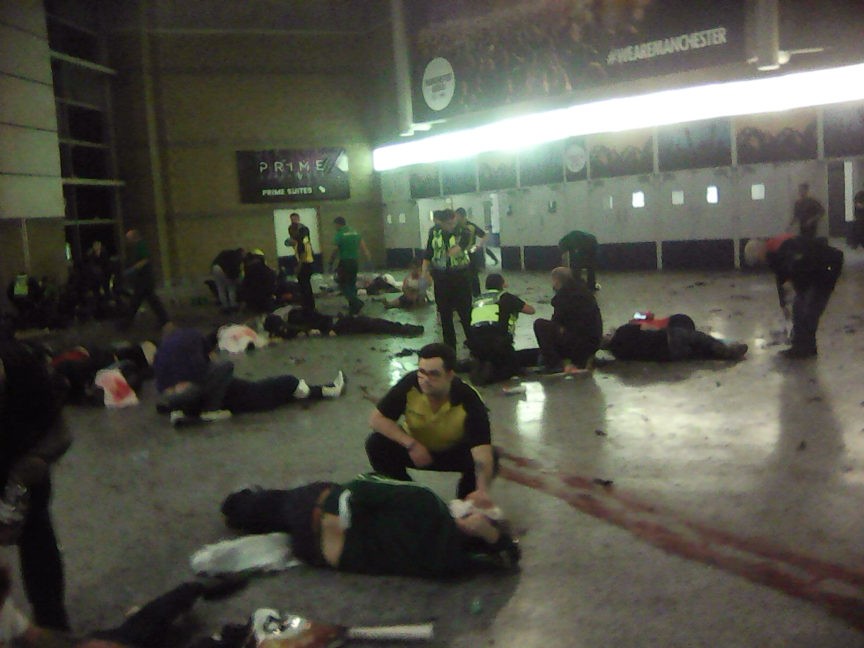 The Manchester attack came just weeks after the March Westminster attack, which saw five killed when Muslim extremist Khalid Masood drove a car into pedestrians on Westminster Bridge and stabbed a police officer to death. The quick succession of the attacks saw the British government activate Operation Temperer the day after the Manchester Arena bombing, a military plan that saw the deployment of thousands of soldiers to assist the police.

Commemorating the attack and remembering the dead, Manchester will host a cathedral service Tuesday afternoon, and tributes have sprung up around the city. Many of them prominently feature the symbol of a honey bee, a traditional representation of industry and hard work which was adopted as the unofficial symbol of Manchester during the Industrial Revolution. 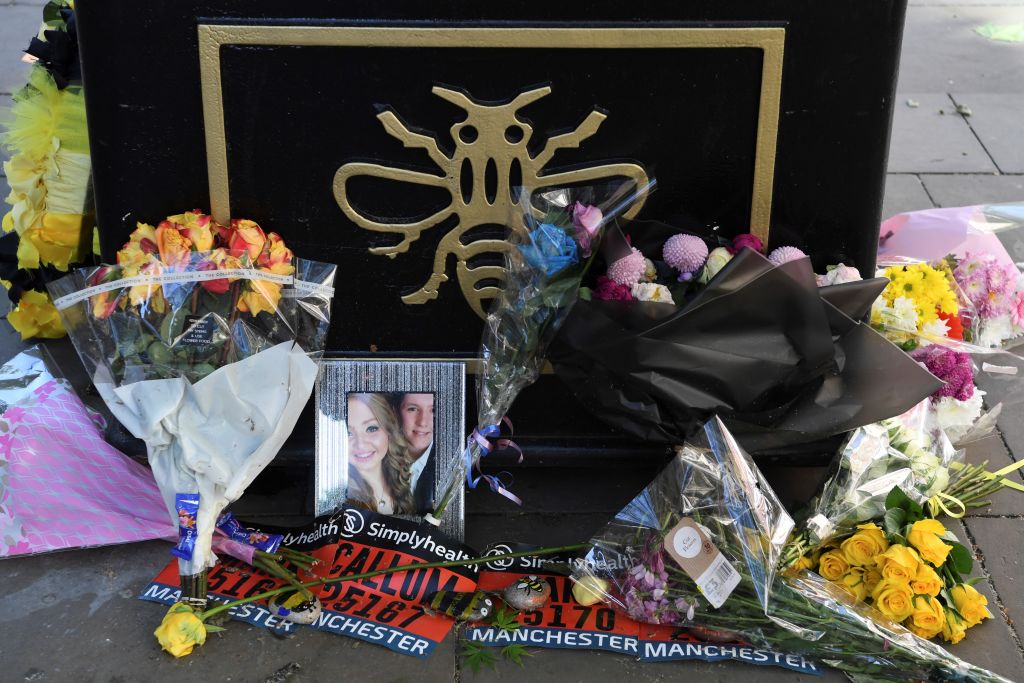 A photograph of victims Liam Curry and Chloe Rutherford is seen amongst floral tributes at the base of a ‘tree of hope’, planted as a memorial following the Manchester Arena bombing in central Manchester on May 22, 2018, the one year anniversary of the deadly attack. / PAUL ELLIS/AFP/Getty Images 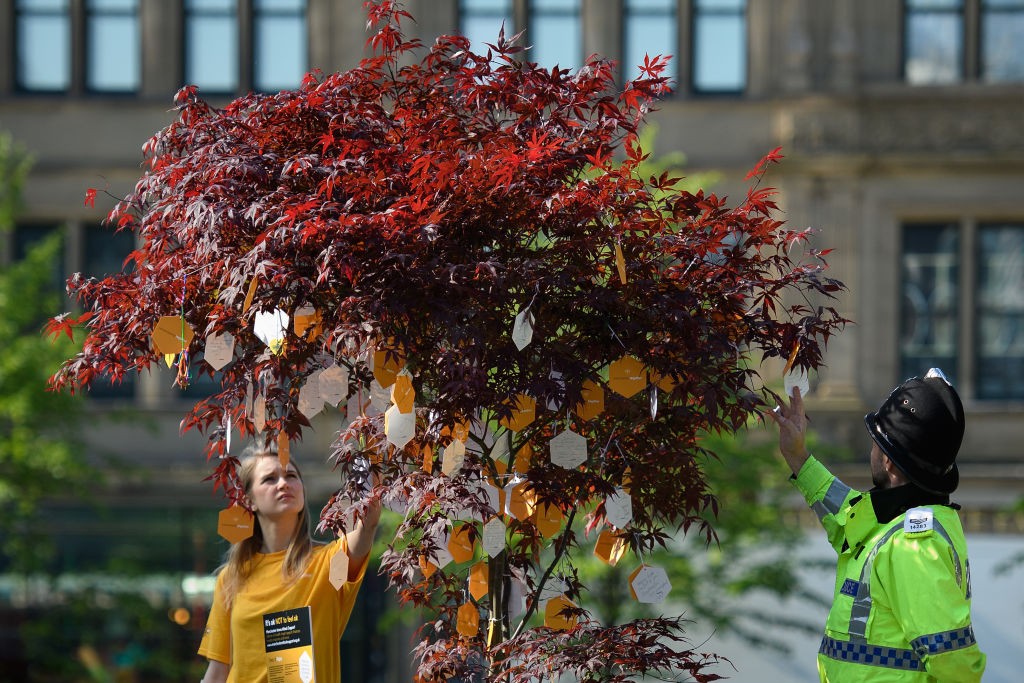 A police officer stops to read some of the hand-written messages left on one of the ‘Trees of Hope’ placed throughout the city, on the morning of the first anniversary of the terrorist attack in central Manchester, on May 22, 2018 in Manchester, England. / Leon Neal/Getty Images 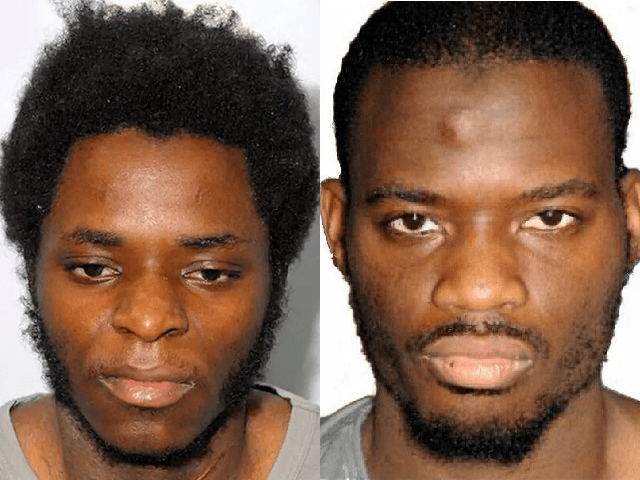 Drummer Lee Rigby was killed in 2013 by Muslim radicals Michael Adebolajo and Michael Adebowale, who ran him over with their car before setting upon him with knives, attempting to behead him in the street.

Having killed the soldier, who they spotted as he was talking back to his barracks from the Tower of London, the two Muslim radicals stayed at the scene and engaged members of the public in conversation, explaining why they had committed the attack, until the police arrived and shot the attackers who charged the officers with knives and a revolver pistol.

Abebolajo had previously been arrested in Kenya as he reportedly attempted to join a militant group linked to al-Qaeda. He was released by Kenyan authorities to the British government and deported to Britain. 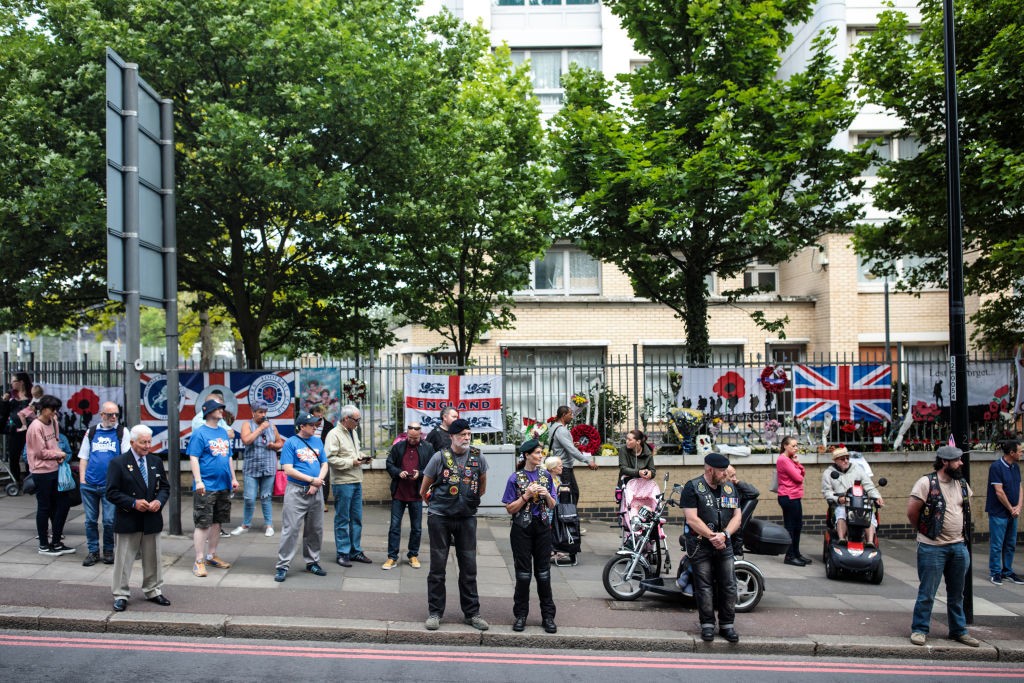 LONDON, ENGLAND – MAY 22: People gather to pay their respects and prepare to watch the bikers’ drive-past the site of the murder of Fusilier Lee Rigby on the fifth anniversary of his death on May 22, 2018 in London, England / Jack Taylor/Getty Images

The Lee Rigby attack was the first high profile radical Islam killing in a Western nation to use the now familiar vehicle and knife method. The use of easy to obtain everyday items like knives and automobiles has become a hallmark in the Islamic terror campaign in Europe, being much easier to plan and execute without alerting the attention of the security services than more complicated plots including explosives.

Before the killing of Lee Rigby, such attacks had been seen primarily in Israel, including the 2011 Tel Aviv nightclub attack where the Palestinian assailant rammed his vehicle before disembarking and stabbing people. After the successful Lee Rigby attack on the same principle was committed, similar attacks using a vehicle as a ramming weapon followed up by knives have been committed elsewhere in the United Kingdom, France, Germany, and Sweden.

Posted by The Lee Rigby Foundation on Monday, 21 May 2018

The Lee Rigby Foundation, an organisation set up by Drummer Lee Rigby’s parents after the attack has since set up a rest house for military families suffering from bereavement or loss opened last year and announced Tuesday that given the shared anniversary with the Manchester attack, they would now also be admitting victims of domestic terrorism as well.

Veterans and supporters of the foundation gathered in Woolwich, London, Tuesday morning by the makeshift memorial kept there to the Fusilier. Despite the support for a permanent memorial to be installed at the spot where the soldier was killed, Greenwich council have repeatedly refused permission for one to be installed and have even gone so far as to remove the flags and signs left by mourners in Woolwich in 2017, calling them “unsightly”.