The Duke and Duchess, who married three weeks ago, made the short trip from Buckingham Palace to Horse Guards Parade in a horse-drawn carriage as royal fans lining the Mall cheered and waved. After the event, the couple joined other members of the Royal Family on the palace’s front balcony to watch the Royal Air Force fly by.

The 92-year-old queen, who recently had a successful cataract operation, watched the ceremony from a dais and inspected the lines of guardsmen in bearskin hats and scarlet tunics who offered her tributes. Her husband, Prince Philip, has retired from royal duties and did not attend.

The ceremony originated from traditional preparations for battle. Flags, or colours, were “trooped” so soldiers in the ranks would be able to recognize them. 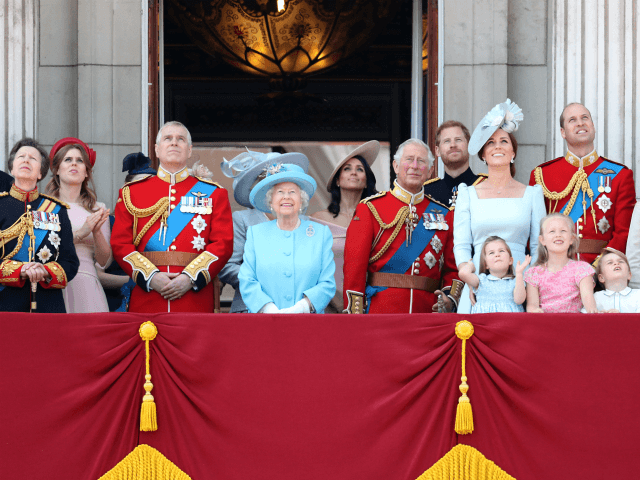 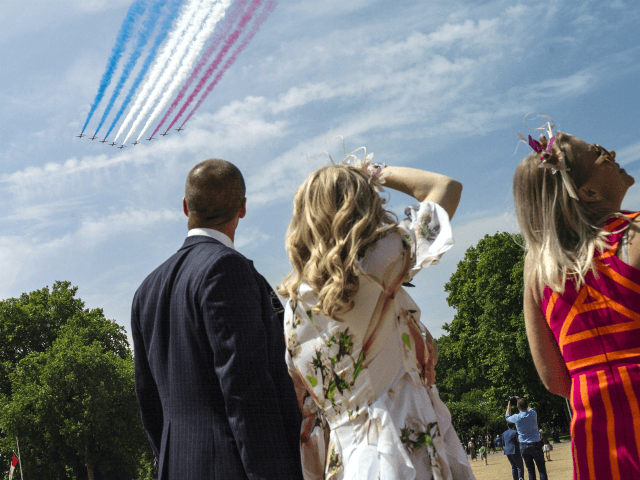 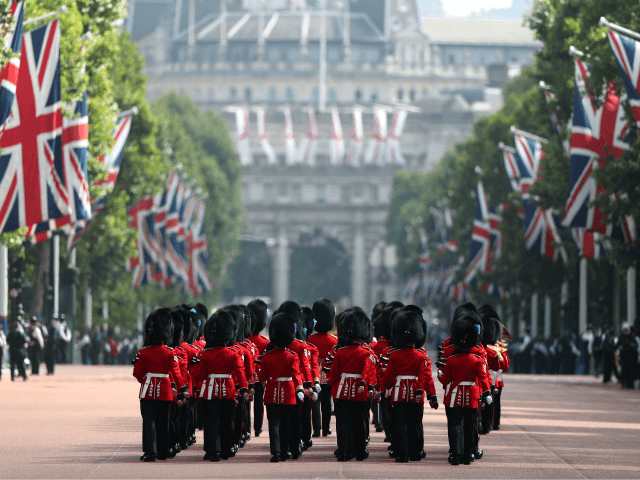 Members of the Household Division, march down The Mall to Horse Guards Parade ahead of the Queen’s Birthday Parade, the Trooping the Colour (Photo by DANIEL LEAL-OLIVAS/AFP/Getty Images) 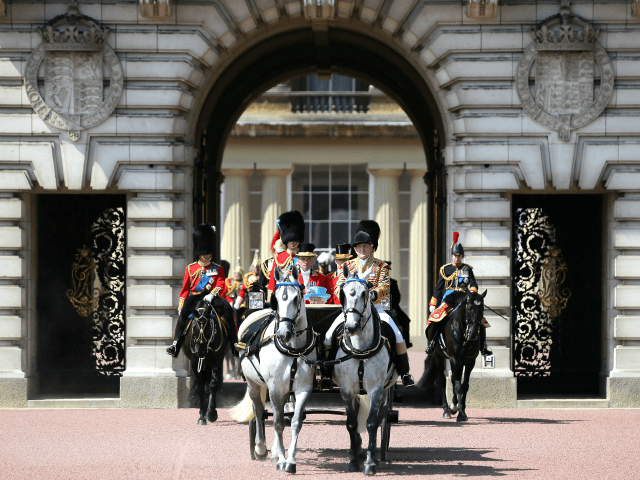 Britain’s Queen Elizabeth II leaves Buckingham Palace in a horse-drawn carriage to travel to Horse Guards Parade ahead of her Birthday Parade, the Trooping of the Colour (Phot by DANIEL LEAL-OLIVAS/AFP/Getty Images) 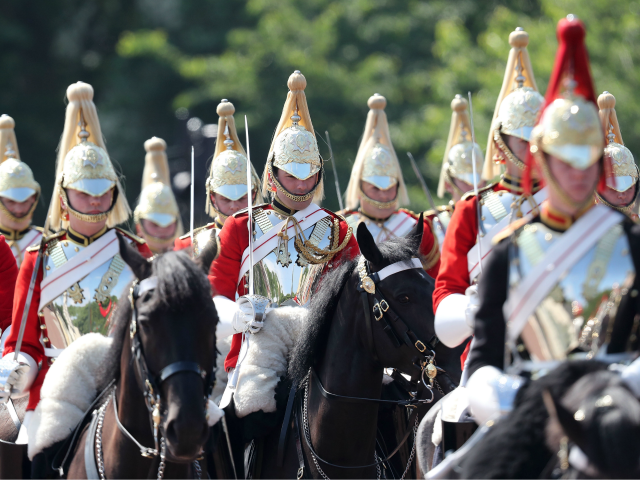 Members of the queen’s personal troops, the Household Division march on the Mall during the Trooping of the Colour ceremony Photo by Chris Jackson/Getty Images) 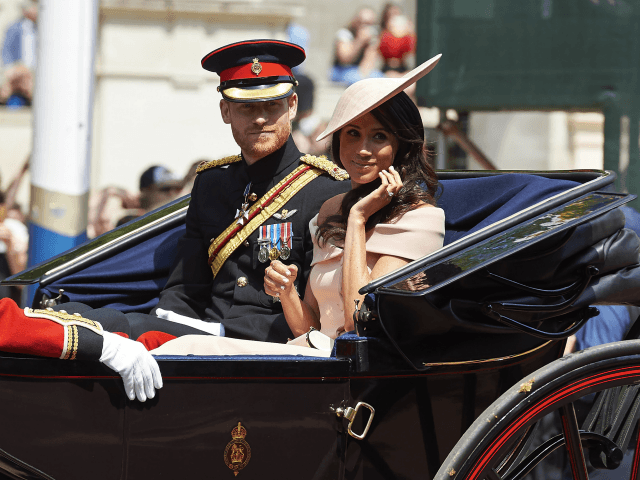 Britain’s Prince Harry, Duke of Sussex and Britain’s Meghan, Duchess of Sussex return in a horse-drawn carriage after attending the Queen’s Birthday Parade, the Trooping of the Colour on Horse Guards Parade (Photo by NIKLAS HALLEN/AFP/Getty Images)