Three people have died and several more were wounded after a gunman fired at a crowd of people in one of the main shopping streets in central Malmö Monday evening.

City authorities said that two of the victims — at least three of whom were “very well known to police in a criminal context”, according to local media — died overnight while another three people were injured, one seriously. Three people have died in all.

The attack took place at just after 8 pm Monday when the men were shot while leaving an internet cafe in the south-eastern part of Sweden’s third largest city, reported Sydsvenskan.

Witnesses said they heard around 15 to 20 shots from an automatic weapon, which was reportedly fired from a parked vehicle just a few hundred yards from a police station. 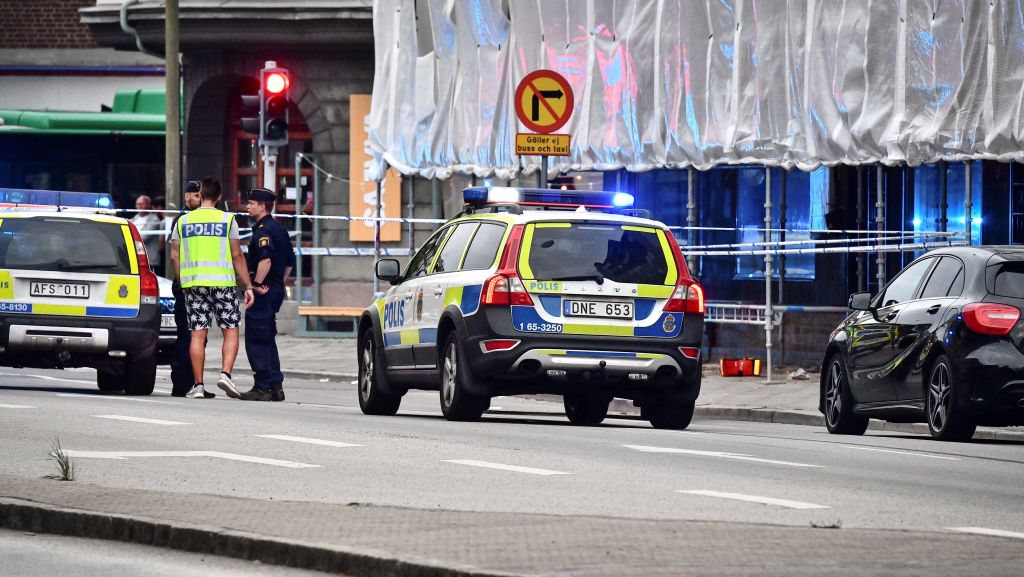 Police cordon off an area after four people were shot and injured on an open street in central Malmo, in southern Sweden, on June 18, 2018. (Photo by Johan NILSSON / TT News Agency / AFP) / Sweden OUT (Photo credit should read JOHAN NILSSON/AFP/Getty Images)

Officers are looking for a dark-coloured vehicle in which the suspect drove away from the scene following the shooting, which one witness described as looking more like an execution, as the perpetrator shot purposefully and emptied his magazine, according to descriptions to local media.

However, others said this could indicate the suspect was inexperienced at handling the weapon, noted the regional newspaper Tidningen Svegot.

Local resident Pia Berggren, who witnessed emergency services arrive at the scene, told Sydsvenskan: “The sound of the gunfire was so powerful. It’s the most shocking weapon you think of”.

With 43 per cent of its population estimated to have a migrant background, Malmö has suffered from increasing levels of violent crime linked to gang warfare in recent years.

95 Per Cent of Gang Criminals in Stockholm Have a Foreign Background https://t.co/DCPfNuLM1t

Noting the city is now “infamous for explosions”, with frequent grenade attacks, retired city police chief and INTERPOL cop Torsten Elofsson told Breitbart London that crime there has soared as a result of mass immigration.

Former soldiers now working in the city’s police bomb disposal unit have said the constant grenade attacks remind them of their service in some of the war-torn regions of Iraq.

Last year, Breitbart London reported how staff working at cemeteries in the multicultural city have had to be trained to deal with “armed funerals” in which mourners carry weapons and don bulletproof vests to say their final goodbyes.