While the debate over the place of Islamic face veils in Western society has been reignited after Britain’s former Foreign Secretary Boris Johnson criticised the garment, three robbers were convicted of killing a jewellery store owner after robbing him whilst disguised in a burqa.

Store owner and family man Ramniklal Jogiya had suffered such horrific injuries that his biceps had been ripped from his bones, suffering 27 separate injuries in total after Charles Mcauley, 20, Thomas Jervis, 24, and Callan Reeve, 20, tortured the 74-year-old to gain information on his shop in Leicester, England, before Jervis entered the shop wearing a burqa in an attempt to rob it.

On the other side of the world in Afghanistan just days ago, 29 Shia Muslim worshippers were killed and at least 80 injured when two Islamist Sunni suicide bombers entered a mosque in the Khwaja Hasan area of Gardez during Friday prayers. Provincial police chief General Raz Mohammad Mandozai said that the pair had worn the burqas —  a one-piece veil that covers the face and body, leaving just a mesh screen over the eyes — to hide their explosives and weapons.

The Gardez attack was the most recent and high-profile attack on civilians by those who intentionally wear the modesty garment worn in Islamic cultures to commit crimes and acts of terror.

Breitbart London has compiled a list of the most notable murders, rapes, assaults, robberies, and even child molestation cases in the past few years where the perpetrator hid behind the veil, taking advantage of liberal societies and Islamic cultures alike:

In Chad in July 2015, a man dressed in a burqa detonated a suicide bomb in the main market in the country’s capital N’Djamena, killing 15 people and injuring 80, with authorities blaming Boko Haram, the radical Islamic terror group based in neighbouring Nigeria.

While defenders of the burqa in the West will claim it is not a security threat, countries in Africa have opted to ban the burqa and the niqab, with Muslim majority Chad banning them in the same year it suffered the aforementioned attack. 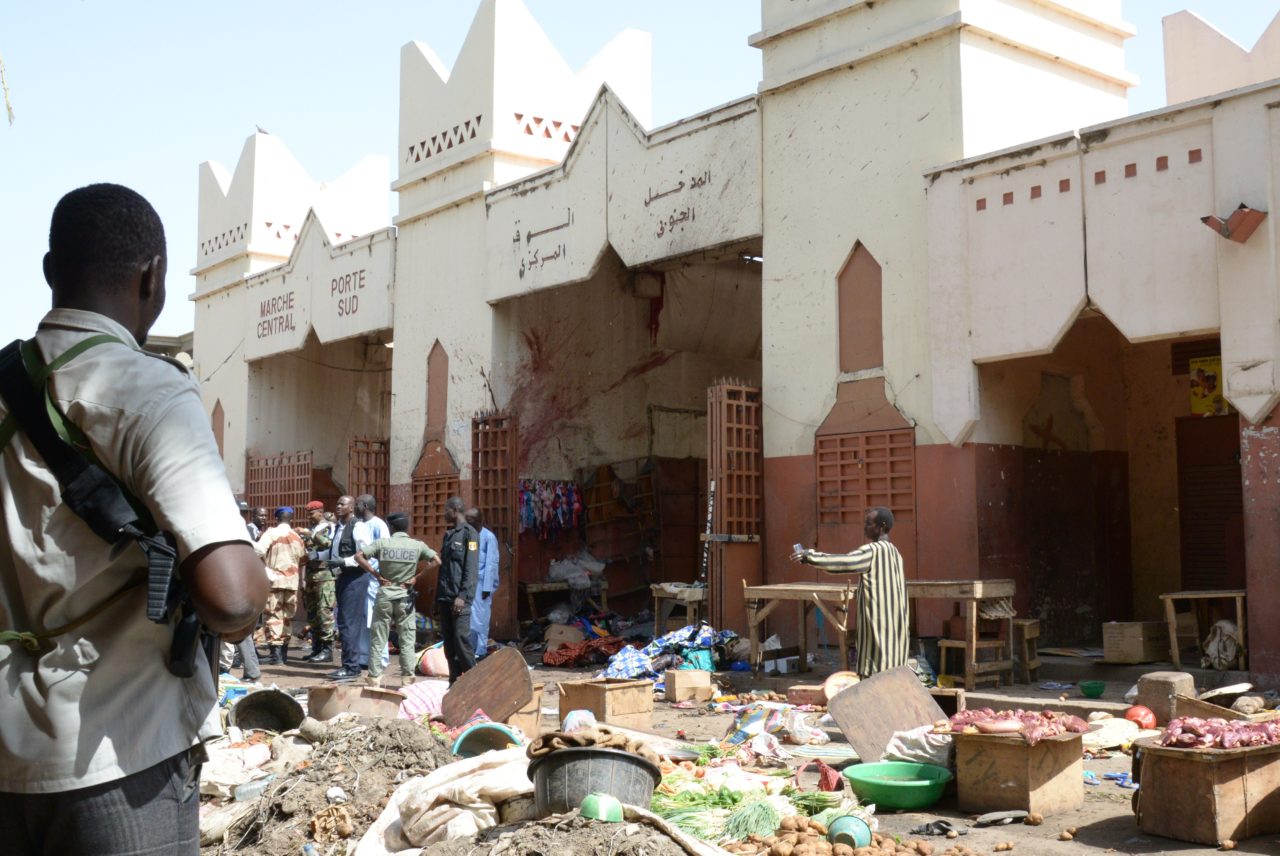 Soldiers and police forces stand guard at a market in N’Djamena following a suicide bomb attack on July 11, 2015. At least 14 people were killed in a suicide bomb attack at a crowded market in Chad’s capital today just days after Boko Haram claimed a previous bombing in the city that left 38 people dead. The attack in N’Djamena by a man disguised as a woman in a full-face veil came after a botched bombing of a bus station in the restive capital of Nigeria’s Borno state, Maiduguri, which killed two pedestrians.(Photo credit  BRAHIM ADJI/AFP/Getty Images)

Fellow African nations Gabon, Congo, and parts of Cameroon also banned the burqa in the same year, also for security reasons, and in 2017, North African nation of Morocco banned the production and manufacture of the clothing over fears of terrorism, and to crack down on Islamic extremism.

There have also been terror attacks by burqa-clad assailants in Asia and the Middle East, where an Islamic State operative “dressed as a woman” blew himself up in his car outside the Shia Imam Hussein mosque in Sunni-majority Saudi Arabia in May 2015, killing four.

In Pakistan in October of the same year, another sectarian suicide attack was committed by a male bomber wearing a burqa outside a Shia mosque in the Balochistan region, which killed 10 and injured dozens of others.

Jermaine Grant, who was linked to the widow of one of the London 7/7 bombers and found guilty of terror-related charges in Kenya, was arrested on a bus in Nairobi while dressed in a burqa to evade authorities who went hunting him after a 2008 attack on a police base.

Another terror conspirator, Yassin Omar, had left London for Birmingham disguised as a veiled Muslim woman the day after he made a failed attempt to detonate a bomb on a London Underground station in the attempted 21/7 London terror attacks, evading counter-terror surveillance.

While motorcyclists are expected to remove their helmets before entering banks and jewellery stores, the same is not expected of those wearing Islamic face veils, with criminals taking advantage of liberal laws in Western countries to commit armed robbery.

In May 2017, an armed gang was jailed after using Islamic burqas to hide their identities as they stole hundreds of thousands of pounds in raids across Manchester, northern England, with similar robberies in Australia in 2017, the U.S. in 2015, and Canada in 2014. 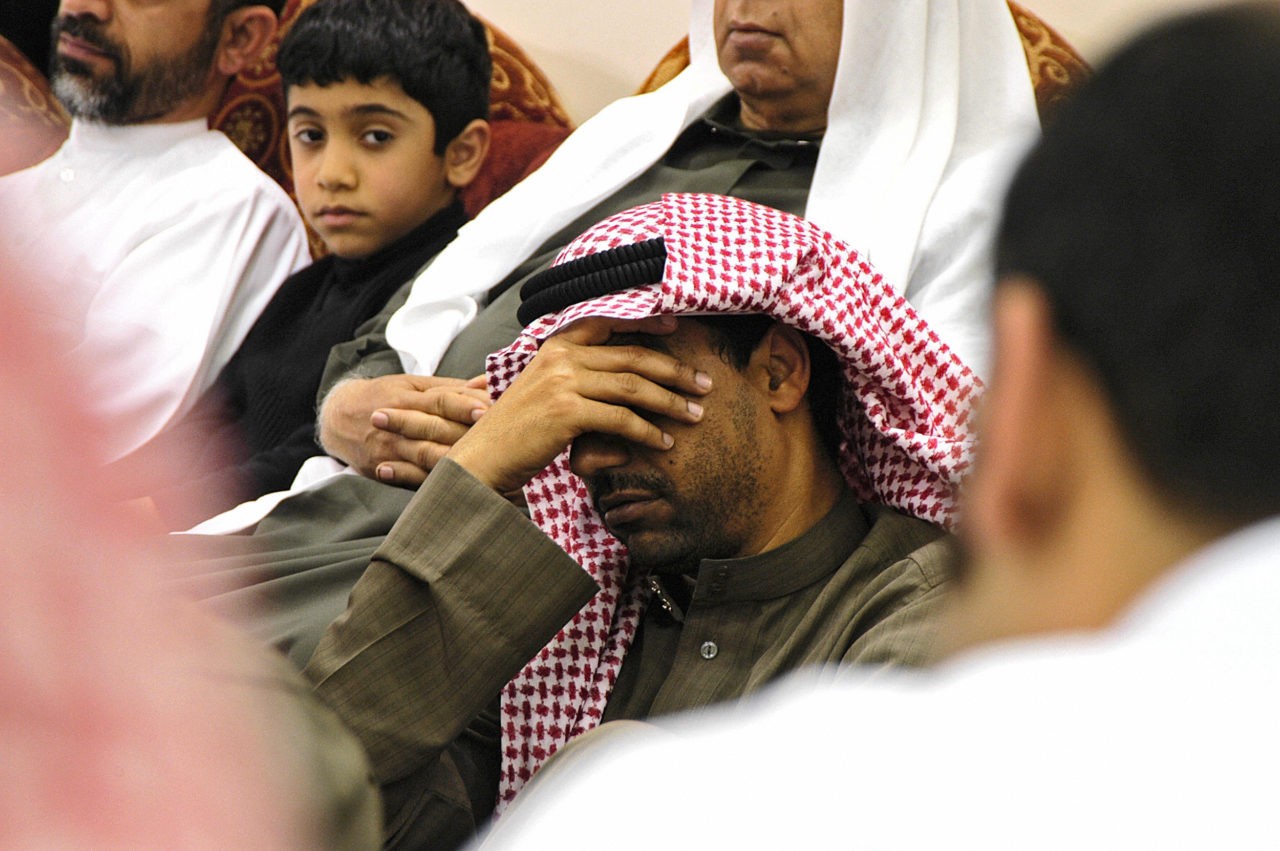 DAMMAM, SAUDI ARABIA: Saudi Shiite Muslims attend a memorial ceremony held at a mosque in the eastern city of Dammam on the eve of the final day of Ashura late 29 January 2007. Shiites Muslims are a minority in the predominantly Sunni desert kingdom. Ashura, which means the tenth in Arabic, falls on the 10th day of the Muslim month of Muharrem and is the culmination of Shiite mourning for their imam’s gruesome death. A grandson of the Prophet Mohammed, tradition holds that Hussein was decapitated and his body mutilated by Yazid’s armies. AFP PHOTO/STR/Getty

Gulf News reported the case of the rape and murder of an 11-year-old boy in Abu Dhabi in 2017, where the accused, who knew the child’s family, dressed as a Muslim woman and led him away from a mosque because he knew the boy would not go with a man without his parent’s permission.

The boy, Azan Majid Janjua, was fasting for Ramadan and had gone missing after prayers. Authorities believed the suspect strangled Azan with a rope after he had molested him.

In March 2014 in Canada, Abdul Malik Rustam disguised himself in his estranged wife’s burqa in order to carry out an ‘honour’ crime.

Rustam, then 31, donned the garment to trick then-21-year-old Bano Shahdady into letting him into her apartment where he strangled her to death. Their 2-year-old son was left alone in the apartment for 15 hours before he, and his mother’s body, was found on the bathroom floor by her parents. 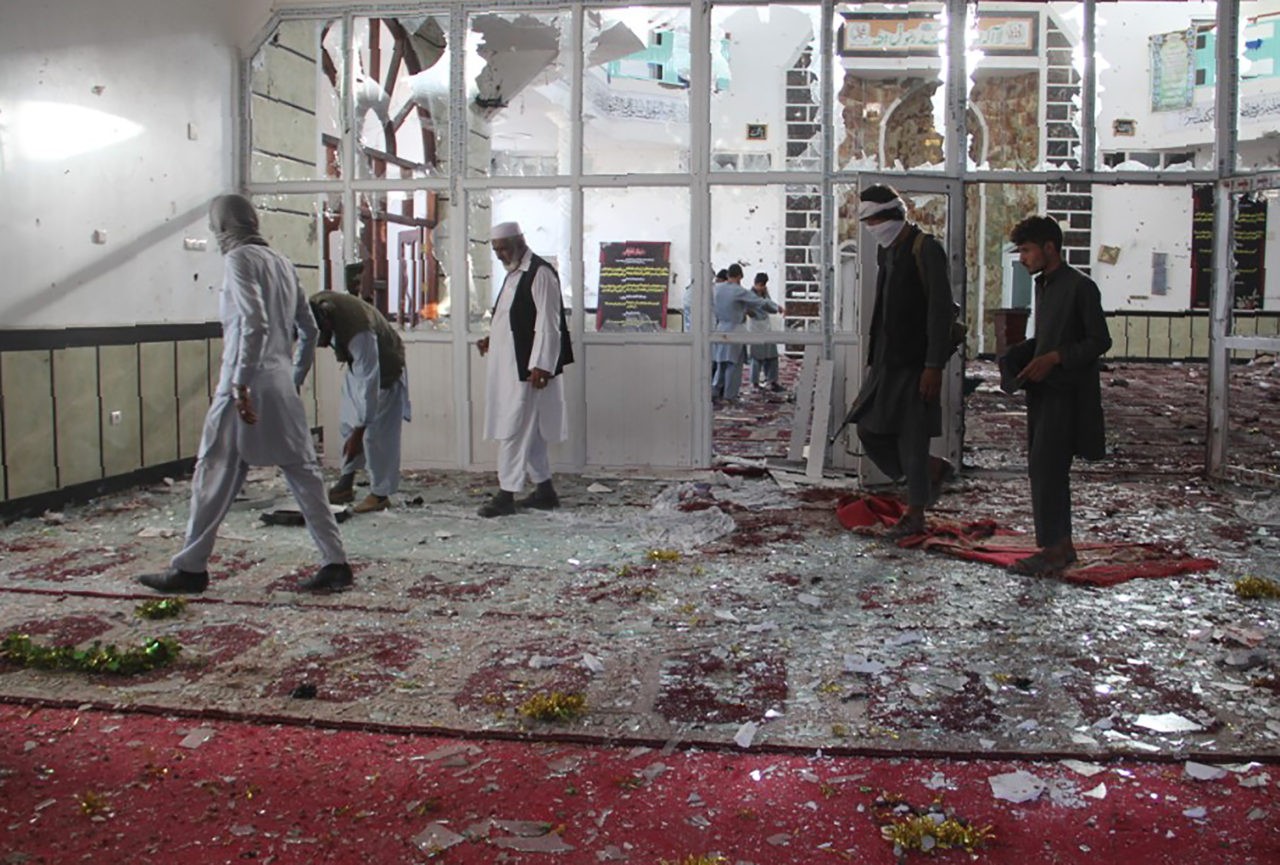 Afghan residents walk inside a damaged mosque after a suicide attack during Friday prayers in Gardez of Paktia province on August 3, 2018. – Burqa-clad suicide bombers struck a Shiite mosque in eastern Afghanistan Friday as it was crowded with worshippers for weekly prayers, killing at least 29 people and wounding more than 80 in the latest attack on the minority. (Photo by FARID ZAHIR / AFP/Getty Images)

Canadian-Muslim author and commentator Tarek Fatah noted that after Ms Shahdady’s infant son received a life-saving heart transplant, relatives said that she had “opened up”.

“She threw away her burqa. For a while she wore the hijab, then she threw away the hijab. She joined Facebook and organized a website called Balouch Entertainment. She was openly showing her reaction against the mullahs and fanaticism.”

American anti-Islamisation campaigner Pamela Geller, former UK Independence Party leader Paul Nuttall, and Australian anti-mass migration senator Pauline Hanson have all called for the ban on the Islamic garment on security grounds in their respective countries, while the garment has already been banned on grounds of social cohesion in France, Denmark, and Austria, amongst others in Europe.