A shoplifter has allegedly attacked and injured three people in a suspected acid attack in West London after being challenged for stealing.

Officers said a “noxious substance” had been “sprayed” in the incident which left three people in hospital. It occurred in broad daylight on Tuesday afternoon. with officers were called just after 2 pm.

The alleged attack happened near the affluent Notting Hill area of West London and less than a mile from Grenfell tower, which was tragically struck by fire last year.

They add: “The man had then sprayed the staff, with what police suspect to be, a noxious irritant. Officers attended along with the London Ambulance Service [LAS] and the London Fire Brigade [LFB].

“Three men were treated for the effects of the substance. Two were treated at the scene and one man has been taken to a central London hospital.

“At this early stage his injuries are not thought to be life threatening or changing. Others affected have been treated at the scene. No arrests. Enquiries continue.” 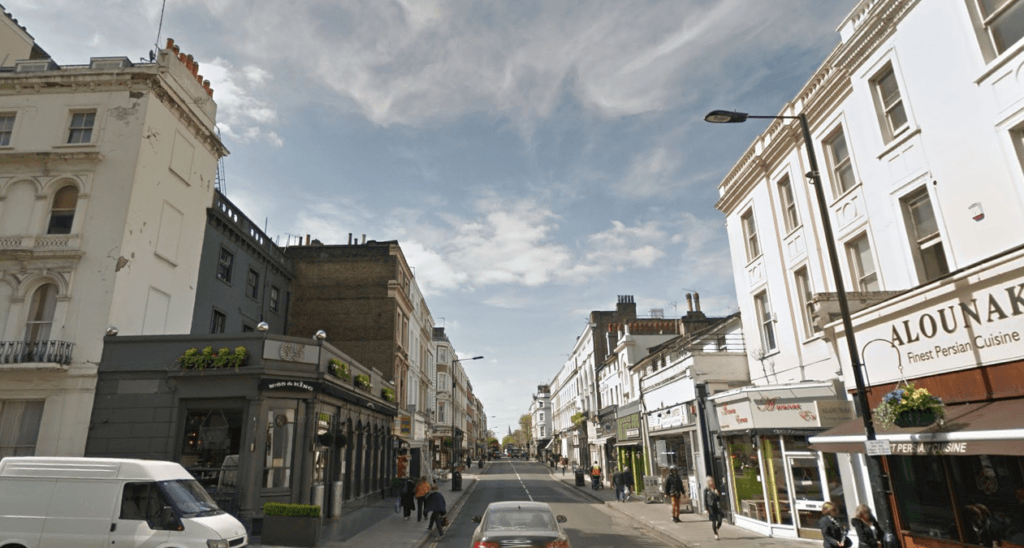 The junction between Westbourne Grove and Garway Road (Credit: Google)

Bethany Keen tweeted: “Just walked past the poor guys on Westbourne Grove. Will this f*cking acid attacking every (sic) stop? Cowardly and disgusting.”

A London Ambulance Service spokesperson said: “We were called at 2:11pm today to Westbourne Grove and Kensignton Garden Square, Notting Hill to reports of an incident.

“We sent a single responder in a car, two ambulances and an incident response officer to the scene. We also dispatched our hazardous area response team (HART).

“We treated three people at the scene and took them to hospital.”

Earlier on Tuesday, it was reported that the Home Secretary is pushing to expand police ‘stop and search’ powers so officers can target people suspected of carrying acid.

The figures mean the UK has the highest number of reported acid attacks in the world per person, with 1,800 assaults using corrosive liquid since 2010 in London alone, according to charity Acid Survivors Trust International (ASTI).

The UK is facing a violent crime wave generally, with a 22 percent surge in knife crime and an 11 percent increase in gun crime last year.

The offenses are “disproportionately concentrated in London” and other cities, the Office for National Statistics said.