Four former Guantanamo Bay prisoners suspected of terror links have been given asylum and effectively granted British citizenship, despite having no links to the UK.

The four Chinese Muslim Uyghur fighters were arrested after the invasion of Afghanistan in 2001 and transferred to the camp in Cuba, and are thought to be linked to a banned militant Islamist group.

Nine years ago, they were given asylum and moved to the island of Bermuda, an overseas British territory, in a secret deal pushed by former U.S. President Barack Obama as he tried to close Guantanamo Bay.

Now, they have been granted British Overseas Territories citizenships by Bermuda, handing them the right to get British passports and live in the UK, the Royal Gazette reports.

The UK government and Prime Minister at the time, Gordon Brown, were opposed to the Obama administration sending the terror suspects to a British territory.

The Chinese foreign ministry reacted furiously to their release in 2014 and told the U.S. to “stop handing over terrorist suspects to any third country”.

“These suspects are members of… a terrorist organisation designated by the UN Security Council. They are terrorists without any doubt,” the Chinese said in a statement. 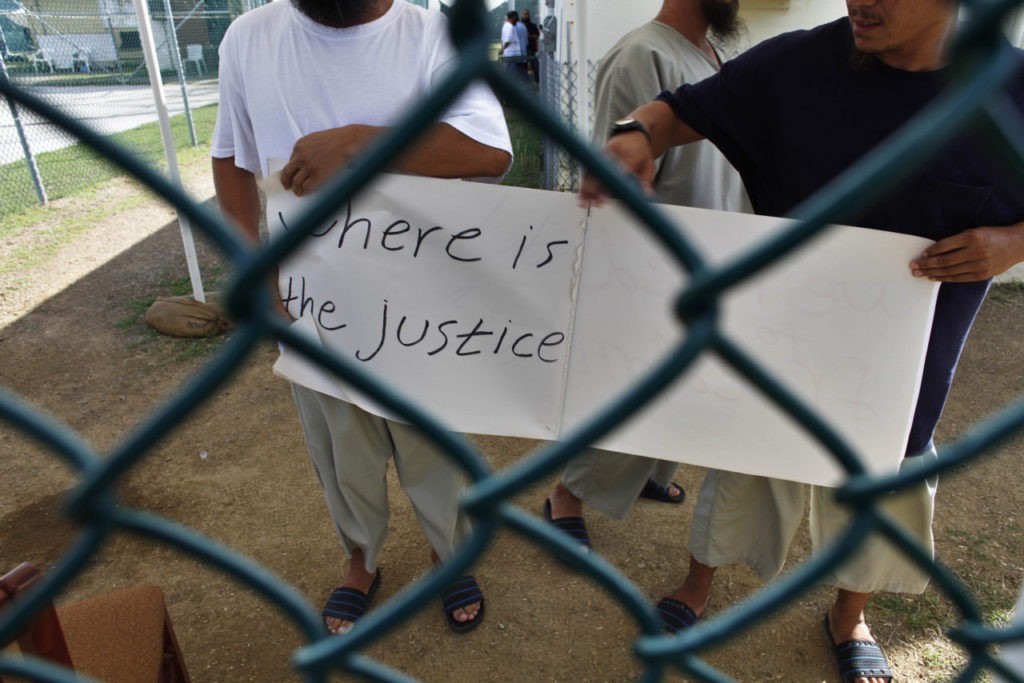 The UN has put the East Turkestan Islamic Movement (ETIM) on a list of terrorists and terror supporters associated with Osama bin Laden and his al-Qaeda network, in a move supported by the U.S. and China.

The group has also been listed by the Home Office as a proscribed terrorist group since 2016, describing them as an “Islamic terrorist and separatist organisation” attempting to create an “independent caliphate” in Xinjiang and conducting “jihad against the Chinese authorities”.

They were based in tribal regions of Pakistan, the Home Office said, and have claimed responsibility for attacks in China as well as “maintained an active and visible presence in the Syrian war”.

Bermuda premier Dr Ewart Brown, who negotiated with the U.S. government, said he brought the terror suspects to the British territory despite the “extreme displeasure of the UK Foreign Office and the UK government”.

He told the Royal Gazette: “I don’t think there’s ever been a reasonable explanation as to why they did not receive their citizenship. It has taken them longer than the time that they were in Guantanamo to get it.”

The newspaper said the men now had the right to register as British citizens, allowing them to live anywhere in the UK.