Large crowds have gathered outside the Old Bailey as activist Tommy Robinson appeared in court accused of contempt of court.

He was released from jail just last month after an appeal judgment slamming the rushed, secretive, and unbalanced nature of his initial trial.

The activist was granted conditional bail from his 13-month jail sentence after three leading judges quashed the original finding made at Leeds Crown Court in May.

The hearing Thursday was short and swiftly adjourned until October 23rd, meaning the defendant remains on bail.

They add: “The only conversation in court referred to what date all lawyers could make it. Tommy was ready for today.”

Estimates on the size of the crowd outside were contested, varying between 200 and 500. There were also around 50 counter-protestors holding signs produced by the Socialist Worker Party-linked group Stand Up to Racism.

The pro-Tommy Robinson crowd shouted slogans including “Oh Tommy Robinson!” and there was protracted cheering when the activist made a smiling appearance at a window.

Mr Robinson said he was “grateful” for the support as the crowd shouted: “We want Tommy out!”

Protest outside the Old Bailey as Tommy Robinson is sentenced this morning #TommyRobinson #OldBailey pic.twitter.com/Bx0padHBhu

When asked what he was expecting today, ahead on the adjournment, Robinson said: “I’m expecting the full weight of the establishment against me which is what I’ve had for 10 years.”

In Leeds, Mr Robinson was convicted of contempt of court after filming suspects outside a case subject to reporting restrictions, as well as allegedly breaching a suspended sentence for committing the same crime at an earlier trail.

He was given a 13-month sentence and taken immediately into jail on the same day as the alleged offence.

The case attracted extra attention because a judge took the highly unusual move of banning reporting of its details in the mainstream media. Information was still freely available on social media, however, fuelling accusations of censorship and an establishment cover-up.

The scene right now outside the Old Bailey. Possibly 200+ Tommy Robinson supporters and a few dozen anti-racism activists all waiting for Stephen Yaxley-Lennon to arrive pic.twitter.com/h4X6N0TMiK

However, after months behind bars, appeal judges later said the hearing in Leeds was rushed, that Mr Robinson was not made aware of precisely what laws he had allegedly broken, and evidence was not properly viewed.

The speed with which the original conviction was made “gave rise to unfairness” and there was a “lack of clarity” over evidence for the charge of contempt, the written judgment said.

Mr Robinson’s offer to delete the offending video had not been taken into account and the original case had the opportunity to “have avoided the risk of sacrificing fairness on the altar of [haste]”, but failed to take it, the judgment added. 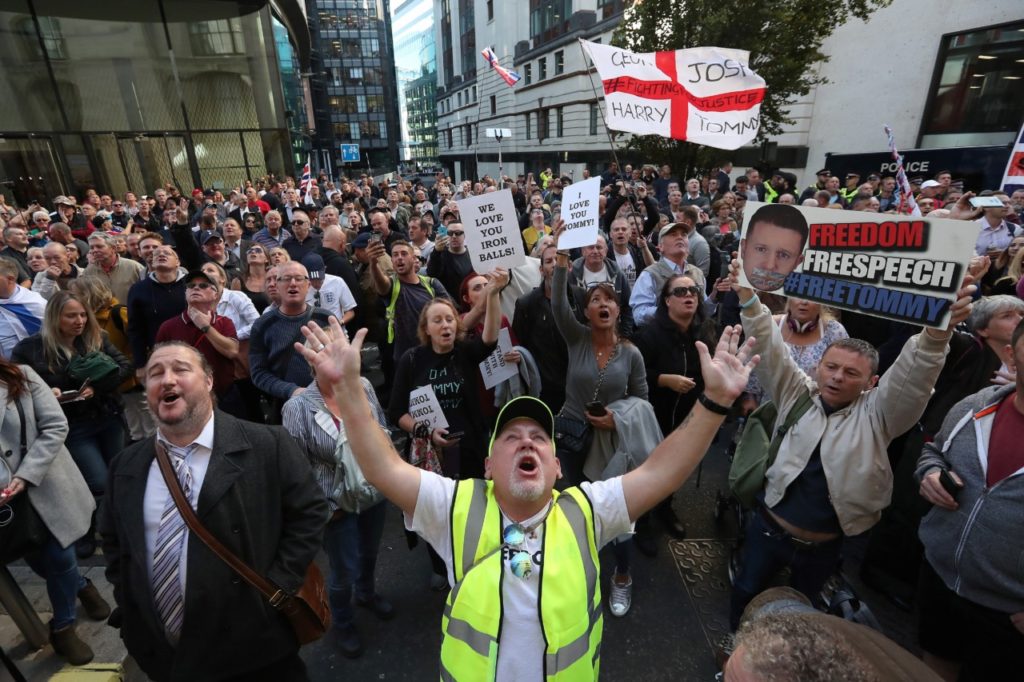 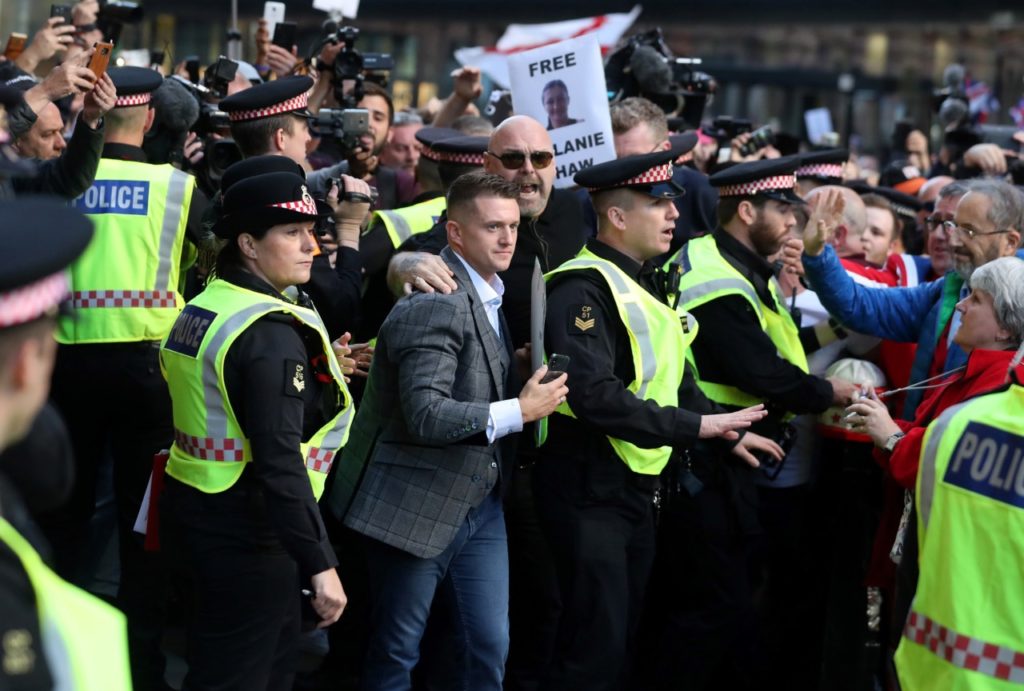 Stephen Christopher Yaxley-Lennon (C), AKA Tommy Robinson, former leader of the right-wing EDL (English Defence League) is escorted through the crowds as he arrives at The Old Bailey, London’s Central Criminal Court, in central London on September 27, 2018. (DANIEL LEAL-OLIVAS/AFP/Getty) 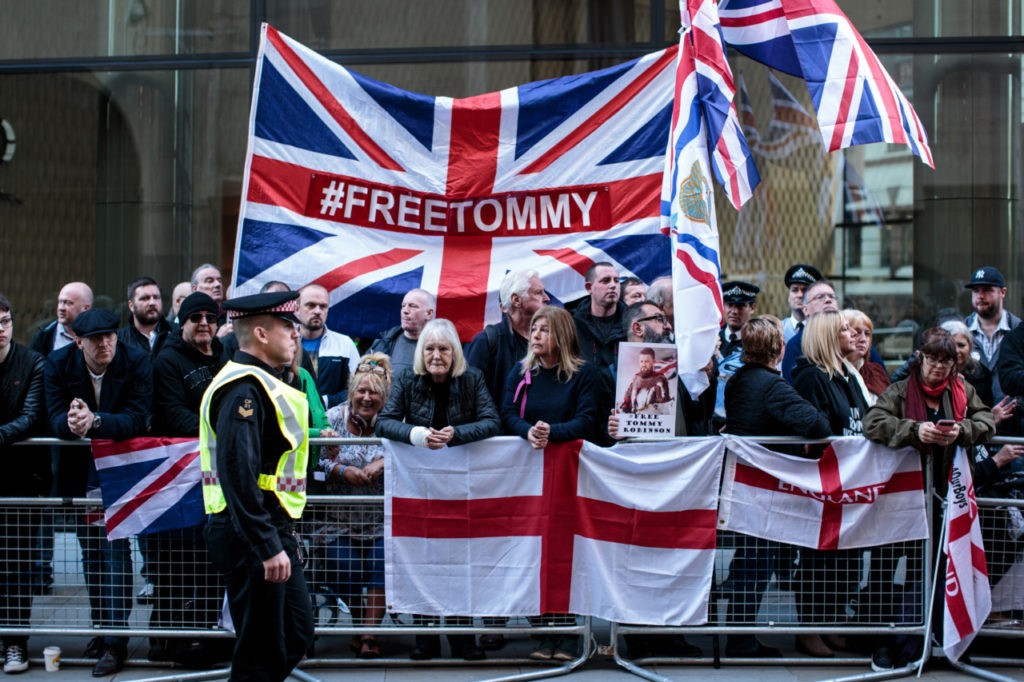 Supporter of Tommy Robinson demonstrate outside the Old Bailey on September 27, 2018 in London, England. (Jack Taylor/Getty) 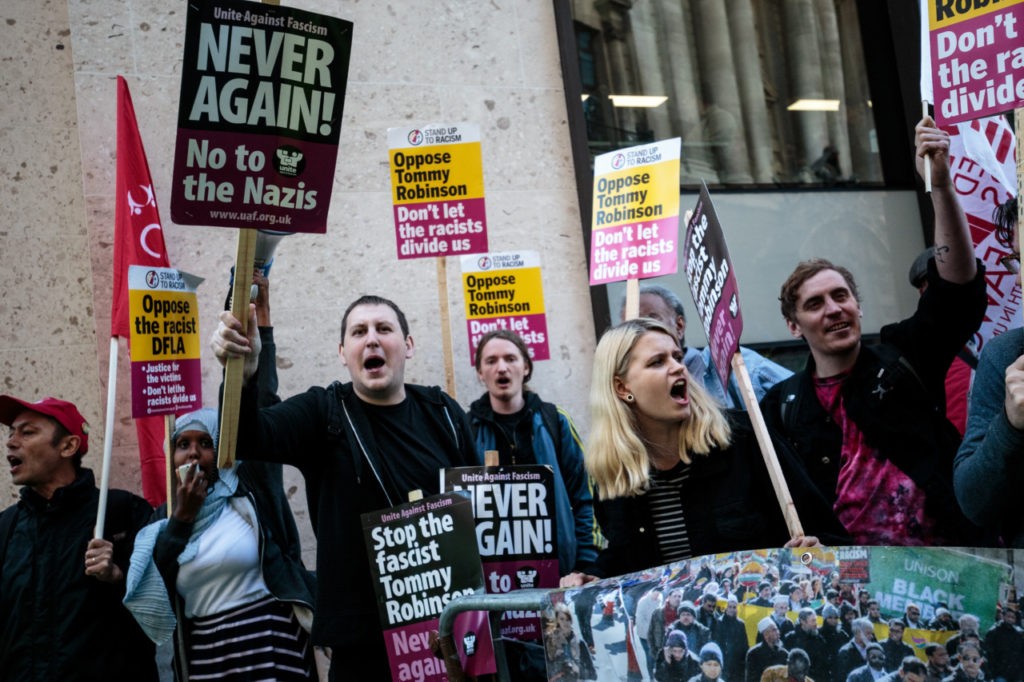 Protesters demonstrate against Tommy Robinson outside the Old Bailey on September 27, 2018 in London, England. (Jack Taylor/Getty)