The shocking scenes occurred on Birmingham High Street, near a McDonald’s, in broad daylight just before 5.45pm on Tuesday.

The area was on lockdown in the evening under “Section 60” powers, meaning police can make more searches, and the brazen violence comes despite extra security in the city due to the Conservative Party conference that was happening nearby.

Two men, aged 18 and 19, suffered knife injuries to the arm and leg respectively and a 17-year-old was stabbed in the chest, West Midlands Police revealed in a statement the following day.

The men and boy have now been discharged from hospital and officers are searching for 22 people in the area who were identified in CCTV. All are believed to be in their mid or late teens.

Footage published online shows a mass of people fighting, girls screaming and running, and one man being thrown to the ground after being stabbed.

A girl can be heard pleading with the attackers not to “touch him” before pulling a hooded thug’s arm screaming: “You better not f*cking touch him.”

However, kicks and punches continue to rain down and one of the gang appears to be brandishing a machete as he strikes his victim. 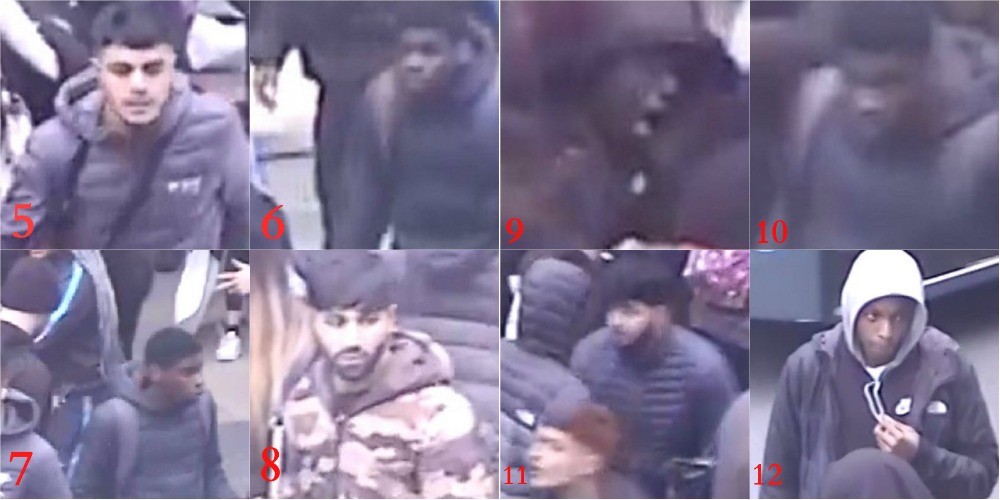 “We know that at least one offender was armed with a knife and believe that belts and a metal bar were also brandished as weapons.

“We have released a batch of CCTV images, some of which clearly show the people we want to speak to. What I’d say to these individuals is that ‘we’ll find you’ so do the right thing and contact us so you can give us your version of events.

Sophie James, who was at the scene, said it took around 10 minutes for police to arrive on Twitter. She wrote: “Absolutely awful. I felt so completely helpless. I never want to see anything like that again. I hope the 3 are ok.”

Just overheard officer on scene explaining that there has been a fight and someone was stabbed (unconfirmed) As a result the area is now an ongoing crime scene #birmingham #bhambc @birmingham_live pic.twitter.com/jFROAMQP3n