The Christian Social Union (CSU) is projected to win the Bavarian election but the allies of German Chancellor Angela Merkel has seen huge losses in support while the Green Party has surged.

An exit poll released by Infratest dimap shows the centre-right CSU as the winner of the election with 35.5 percent of the vote, which constitutes a massive 12.2 percent loss compared to the previous Bavarian election in 2013.

The biggest winner of the race has been the Green Party, who look to have doubled their support compared to 2013 as the left-liberal Social Democrats (SPD) saw a total collapse, losing over 10 percent of their previous support.

The populist, anti-mass migration Alternative for Germany (AfD), who are competing in the Bavarian regional elections for the first time, are projected to have won 11 percent of the vote.

Translated into seats in the Bavarian parliament, the CSU is projected to have lost their absolute majority, and will now have to form a coalition with other parties in order to reach the 97-seat majority. 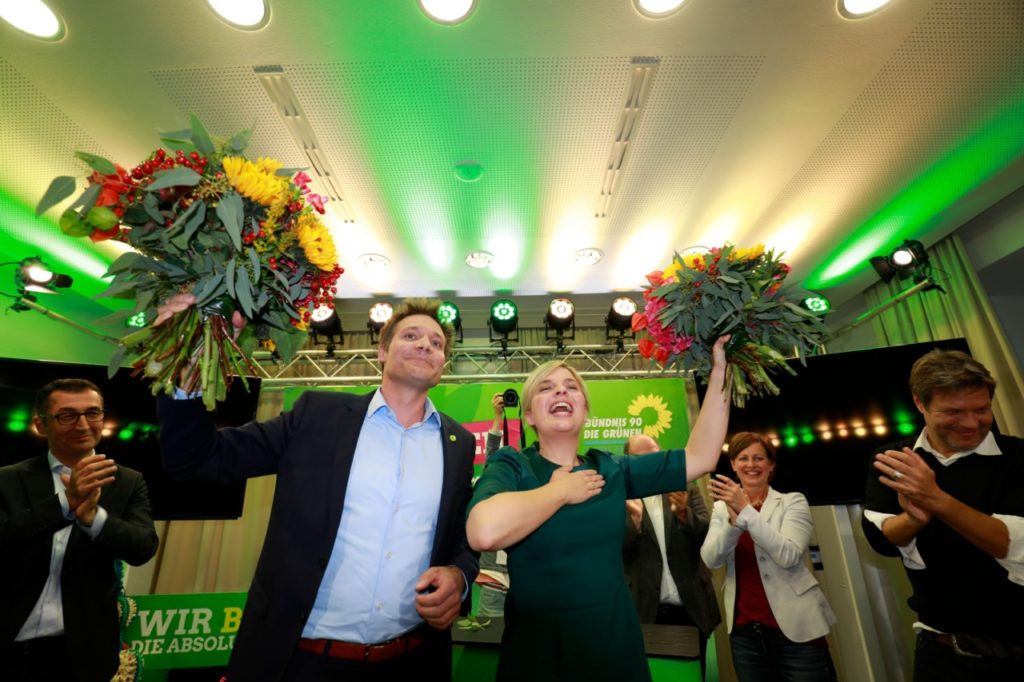 Top candidates of the ecologist Green party in Bavaria Katharina Schulze (C,R) and Ludwig Hartmann celebrate with flowers next to Cem Ozdemir (L) and Robert Habeck (R) of the Green party after first exit polls were announced on public television at the Bavarian regional government building after the Bavaria state election in Munich, southern Germany, on October 14, 2018. (Photo: ODD ANDERSEN/AFP/Getty Images)

According to the exit poll, the CSU could form a coalition with the Green Party, which was attempted at the federal level by Chancellor Merkel’s Christian Democratic Union (CDU) following last year’s national election, but this ended in failure.

After the exit polls were released, the CSU announced that they would be open to coalition talks with all parties except the populist AfD, who they insisted would be excluded. 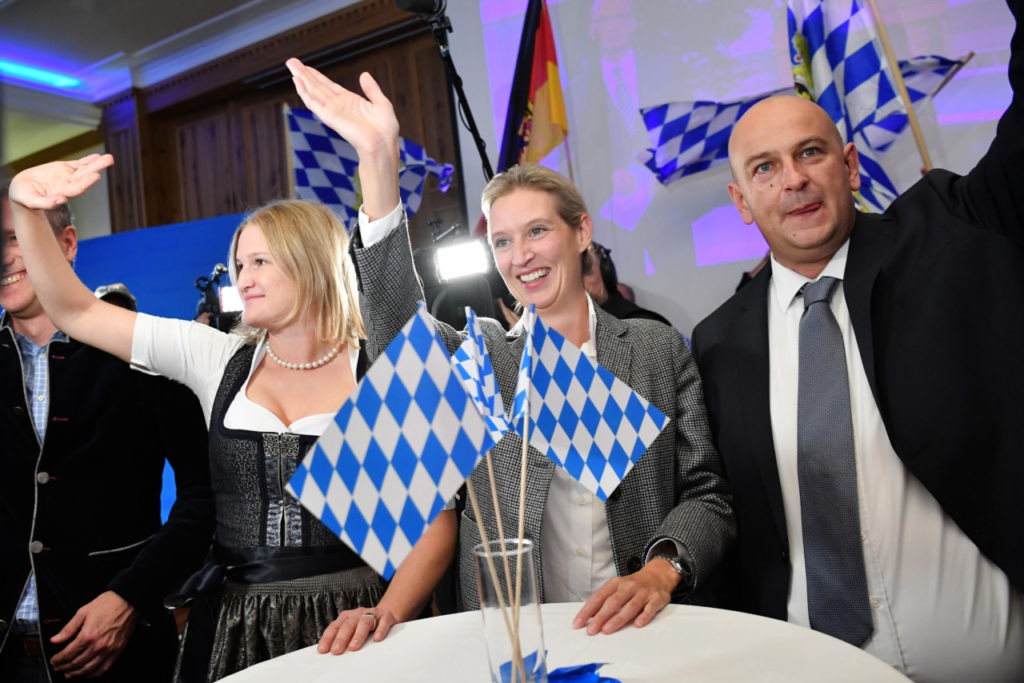 In reaction to the projected results, CSU leader Markus Söder said the part “accept[s] the result with humility”, but added that the vote still showed the party had a mandate to govern Bavaria.

Former CSU leader Erwin Huber was far more pessimistic about the result, saying: “That’s a serious defeat. Everything under 40 percent is terrible for the CSU”, and added that the party needed to focus on why it had lost support in major cities.

The results for both the CSU and the SPD largely mirror the results of last year’s federal election in which Chancellor Merkel’s CDU and the SPD saw their worst election results in decades.