Chancellor Angela Merkel should not have attended the Armistice Centenary because Germany lost the First World War, Alexander Gauland, the leader of the populist anti-mass migration Alternative for Germany (AfD), said.

“We can’t put ourselves in a historical situation that clearly favours the winner and walk alongside Mr. Macron through the Arc de Triomphe,” Mr Gauland said, according to Reuters.

The comments come after the German Chancellor, whose Christian Democratic Union party has been losing ground to the AfD, took part in the centenary event on Sunday in Paris with French Prime Minister Emmanuel Macron.

It was during the commemorations, attended by U.S. President Donald Trump, that President Macron denounced “nationalism” as “treason” and “a betrayal of all moral values,” before going on to defend the supranational European Union and United Nations.

In London, the Royal Family was joined by Germany’s President Frank-Walker Steinmeier, who became the first German leader to lay a wreath at the Cenotaph war memorial in Whitehall in what has been termed an “historic act of reconciliation” between former Allied power the United Kingdom and Great War aggressor Germany. 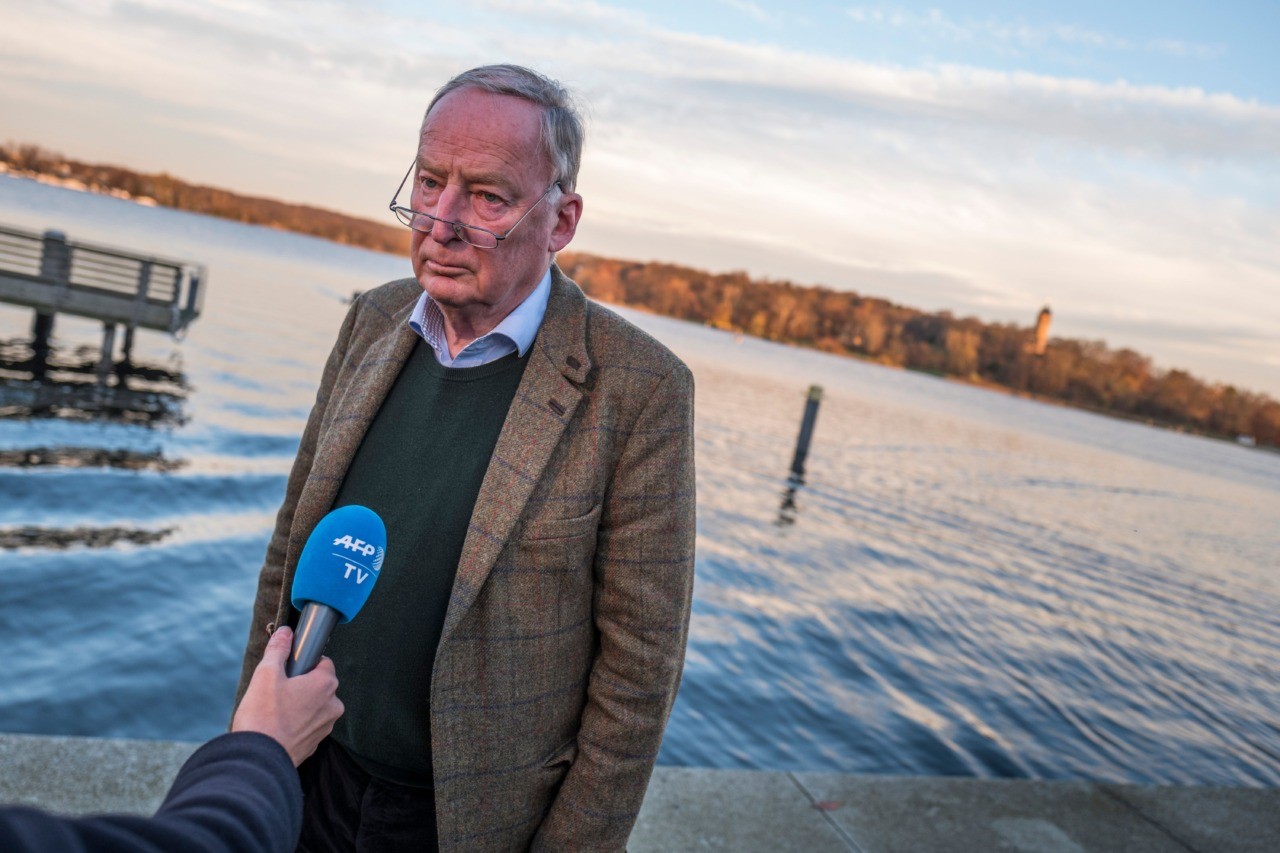 Alexander Gauland, co-leader of the “Alternative for Germany” party (AfD), poses prior to an interview with AFP journalists on November 23, 2017 in Potsdam. (Photo credit JOHN MACDOUGALL/AFP/Getty Images)

More than 34,00 men from southern Rhodesia served in both world wars, with some 1,800 losing their lives.

There was first a ban on Rhodesian veterans laying a wreath at the Cenotaph following Ian Smith’s declaration of independence from the UK in 1965 with another put in place in 2003 after the country, renamed Zimbabwe, withdrew from the Commonwealth under dictator Robert Mugabe.

Former head of the army General Sir Lord Dannatt said that “regardless of the politics, soldiers from southern Rhodesia who fought in the First and Second World Wars should be recognised along with everybody else from the Empire and former colonies.”