British security services “moved too slowly” over the Manchester suicide bomber and failed to track a potentially dangerous Islamist, a report by MPs has said.

Thirty-six people were massacred and many more were injured when a suicide bomber struck Manchester Arena and attackers launched van, knife, and bomb attacks in London last year.

The report into the 2017 attacks by the Intelligence and Security Committee (ISC), titled What Needs to Change?, highlighted MI5’s failure to place travel restrictions on Manchester bomber Salman Abedi. 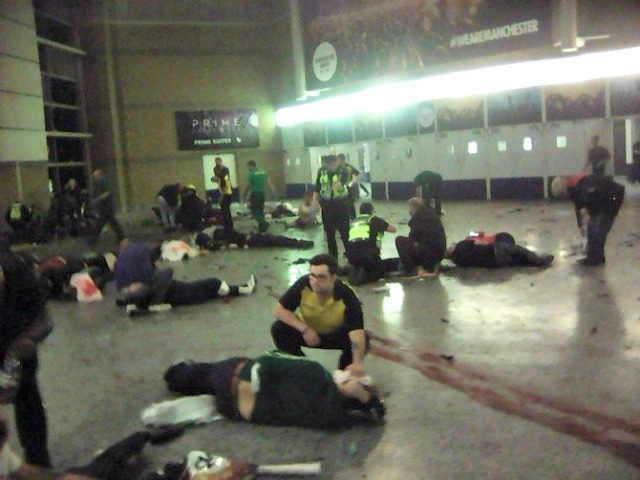 The aftermath of the Manchester Arena Attack / AP Images

The child of Libyan asylum seekers was allowed to go overseas, where he was linked to Islamist extremists, before returning the UK shortly before carrying out the attack.

The report said: “Abedi had in fact been flagged for review, but MI5’s systems moved too slowly and the review had not happened prior to him launching his attack.”

The document also criticised the processes in place for monitoring the purchase of materials that can be used for manufacturing of bombs and explosives.

In the case of Abedi: “What we can say is that there were a number of failures in the handling of Salman Abedi’s case and while it is impossible to say whether these would have prevented the devastating attack on 22 May, we have concluded that, as a result of the failings, potential opportunities to prevent it were missed.”

“Multiple attempts” had been made to extract the “full evidence” from the Home Office but the information had not been provided in time.

“This is unacceptable,” the Committee said. “From what we have seen to date there were fundamental failings in the handling of this case by the Home Office, the police and Surrey County Council.

“This litany of errors will require a separate comprehensive review to which the Home Office must be directly answerable.”

Despite these concerns about government action, the Committee praised elements of MI5 and police work and said mistakes had been taken seriously.

“We note that both MI5 and counter-terrorism policing have been thorough in their desire to learn from past mistakes,” they added in a statement.

“We also know and acknowledge the determination with which they approach their work, which we regard as impressive.

“However, it has been striking how many of the issues which arose in relation to the 2017 terrorist attacks have been previously raised by this committee in our reports on the 7/7 attacks [in 2005] and on the killing of Fusilier Lee Rigby [in 2013].

“We have previously made recommendations in all these areas yet the government failed to act on them. The lessons of last year’s tragic events must now result in real action.”

Home Secretary Sajid Javid said in a statement: “We have updated our counter-terrorism strategy, introduced new legislation to allow threats to be disrupted earlier and have increased information-sharing with local authorities.

“We are also ensuring technology companies play their part by stopping terrorists from exploiting their platforms,” he added.