Prolific French writer Renaud Camus, who coined the theory of the “Great Replacement,” told Breitbart London that the recent “Yellow Vest” protests are a grassroots reaction against the Davos elite who view working people as worthless “human Nutella.”

Mr Camus said that he believed there to be more substance to the Gilets Jaunes (Yellow Vests) movement, which is supported by 77 per cent of French, than just an outcry over a rise in fuel taxes, saying it was really about a “lack of respect, general exchangeability, being treated by managerial politics like an object, a simple product.

“A product, a producer, and a consumer all at once, a thing, a number, not a human being.” 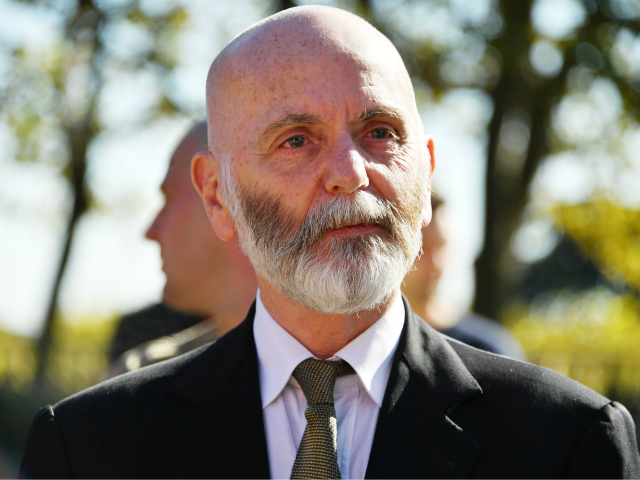 Railing against the globalist elites, whom Camus referred to as the “Davocracy,” a reference to the annual World Economic Forum meetings in the Swiss town of Davos, Camus claimed the global elites were advocates of the “Great Replacement” saying they supported “the change of people and civilisation for the sake of the industry of man, the economic system which produces the Undifferentiated Human Matter, the human Nutella, spreadable at will.”

The theory of the Great Replacement, which Camus extends not only to mass migration but to the easy and efficient interchangeability of items as well as peoples, has been referred to by several prominent French figures including the Mayor of Béziers Robert Ménard, the Archbishop of Strasbourg Luc Ravel, and conservative politician Nicolas Dupont-Aignan.

Hungarian Prime Minister Viktor Orban has also spoken of a replacement of European people through migration, and has been widely attacked for his views by progressive world leaders.

More recently, the French department of Mayotte, an island off the coast of Africa, highlighted the “replacement” of their indigenous peoples due to wave upon wave of illegal migrants in recent years.

“The Great Replacement. Muslims tell you in a very calm, very positive way, ‘one day all this, it will be ours’.” https://t.co/vtbDoxEQoZ

Camus noted the protests were “exemplified by the fact that practically all protesters belong to the indigenous, colonised, invaded, conquered people, the ‘natural’ French people,” and added that those he termed “replacers” were “emphatically absent” from the protests.

“The problem is that the protesters themselves are so far too close to the picture, too much inside it, to realise that their fight is part of the general struggle against global replacementism, Davocracy”, he said.

Despite that, Camus claimed Mélenchon himself was an enemy of the protestors and supported the injustices they opposed, remarking: “he passionately favours mass immigration and Islamisation, therefore he is the objective ally of replacementist powers and Davocracy, he works for them, as do the leftist militias of hooligans such as the Black Bloc.”

On Le Pen, Camus was cautious saying, “Marine Le Pen, on the other hand, still lives under the disastrous illusion that there is only one people in France, ‘the French,’ not realising that that word, ‘French,’ does not mean anything anymore.”