A new booklet for daycare workers that claims to help identify “Nazi parents” suggests looking out for girls with braided hair and athletic boys.

The 60-page booklet, entitled Ene, Mene, Muh – And You’re Out! was designed by the far-left “anti-hate” Amadeu Antonio Foundation ,which is headed by former Stasi informant Annette Kahane and based in Berlin with the foreword being written by Social Democrat (SPD) Family Minister Franziska Giffey, Berliner Kurier reports.

Ms Kahane made headlines in 2015 after the German government recruited her and the foundation to scour social media for “xenophobic posts” during the height of the migrant crisis. 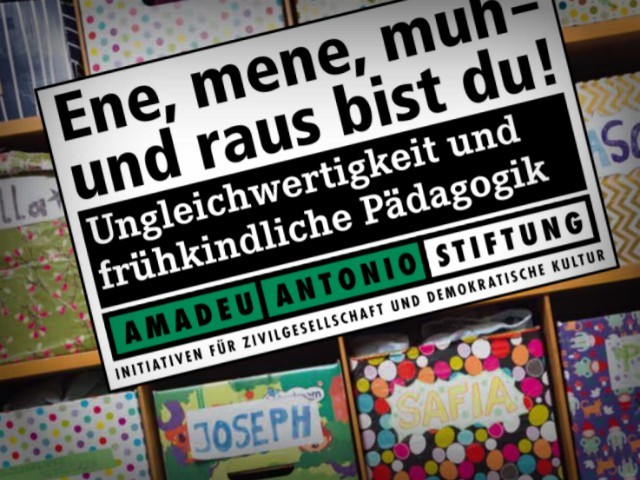 “If educators should become overseers and correctors of parental convictions, that [crosses a line],” Schön said.

Labelling the practice “parenting espionage” — or spying on parents — the CDU politician criticised the aspects of the booklet that identifies the way children dress or how much physical activity they participate in as being potential signs their parents might be Nazis. saying it does not fit with democracy.

The Amadeu Antonio Foundation defended the booklet claiming that the case studies were based on real-life cases they had witnessed including a girl with braided hair whose parents turned out to be far-right extremists. They also admitted that since the release of the booklet their phones had been slammed with complaints.

The case studies echo research presented by Antifa groups in 2016, which claimed that “Volkisch families,” those who believe in countryside living and traditional German culture and values, posed a threat to Germany.

Antifascist Action group member Olaf Meyer warned of “young couples [who] buy farms and restore them together with their relatives and friends.”

The Amadeu Antonio Foundation has been roundly criticised in the past, not just for Kahane’s former Stasi ties but also for their methods which have been likened to the old East German secret police.

In 2016, the organisation was protested by the anti-mass migration youth activist Identitarian Movement which put up Stasi-logo stickers on the foundation’s Berlin office along with another sticker saying, “enter the surveillance state.” Kahane and the foundation later threatened to take the Identitarians to court over the incident.

Communist political oppression academic and Stasi expert Dr Hubertus Knabe also came out against Kahane in 2016, saying that it was “incomprehensible” to allow her the ability to have control over what people say online given her past.

The booklet has also sparked a petition on Change.org to cut the funding the foundation receives from German taxpayers, with over 5,500 signatures at the time of publication. The petition singles out the booklet saying, “The Amadeu Antonio Foundation, under the guise of fighting Hate Speech, is calling on citizens to denounce, report or criminalise other citizens.”