European populists have warned that the EU has the same “goal” as the former Soviet Union, which is to reduce the power of the nation-state.

Speaking at a Movement for a Europe of Nations and Freedom rally in Prague, Czechia, on Thursday, Gerolf Annemans made a reference to the Czech peoples’ subjugation by the Union of Soviet Socialist Republics (USSR) when the former Czechoslovakia was a Soviet satellite state.

“Have you fought against the Soviet influence for so many years to undergo, from now on, the same yoke of the European Union?” asked Mr Annemans, a Belgian MEP and member of the right-populist Flemish Vlaams Belang party.

“The time of freedom has arrived. We are the resistance,” Mr Annemans added, in comments reported by Le Figaro.

🇳🇱 « Without powerful nation-states there is no democracy! The EU is trying to erase our nation-states, that's how they are destroying our freedom as people! But, we will NEVER surrender! »

🇳🇱 @geertwilderspvv addresses Czech patriots and calls on them to defend their identity! pic.twitter.com/9sxAGJGyi8

Speaking to the crowd in Prague’s Wenceslas Square, Ms Le Pen also made the comparison between the EU and USSR, saying, “Today, the European Union does not have the capacity to send tanks on the streets or to fire on the crowd… Yet the goal is the same: to reduce our political, legal, and [national] identity capacities of resistance.”

“Federalists, EU supporters, want the dilution of the Nations for the benefit of an oligarchy of civil servants and experts. On the other side, there are the Patriots of all countries — us!” Ms Le Pen declared.

The populists were in the central European country to support Tomio Okamura of the Czech right-populist Freedom and Direct Democracy (SPD) party. Okamura, of Czech and Japanese extraction, is a local lawmaker who has his sights set on winning his party its first European Parliament seat in the EU elections at the end of May.

@Janice4Brexit : « To change things, you have to vote for the patriotic parties! The EU is a dictatorship led by unelected commissioners! » #EP2019 #Prague #MENF pic.twitter.com/mINegC3aKG

Just as Wilders’s PVV backs a “Nexit” — a Netherlands exit from the EU —  so too does the SPD back a “Czexit”, or “Czechout”, with the party’s top European Parliament candidate Ivan David, a psychiatrist by trade, saying, “If the EU cannot be reformed into a democratic bloc, we have to leave it.”

Mr David’s remarks come as a the latest Eurobarometer poll found that fewer than half of Czechs, 47 per cent, would vote to remain in the EU.

The French firebrand told media ahead of the rally on Thursday, “What we see here is the birth of a new European harmony with European national parties joining forces to offer 500 million Europeans a new framework for cooperation, a new project and a new potential for the future.” 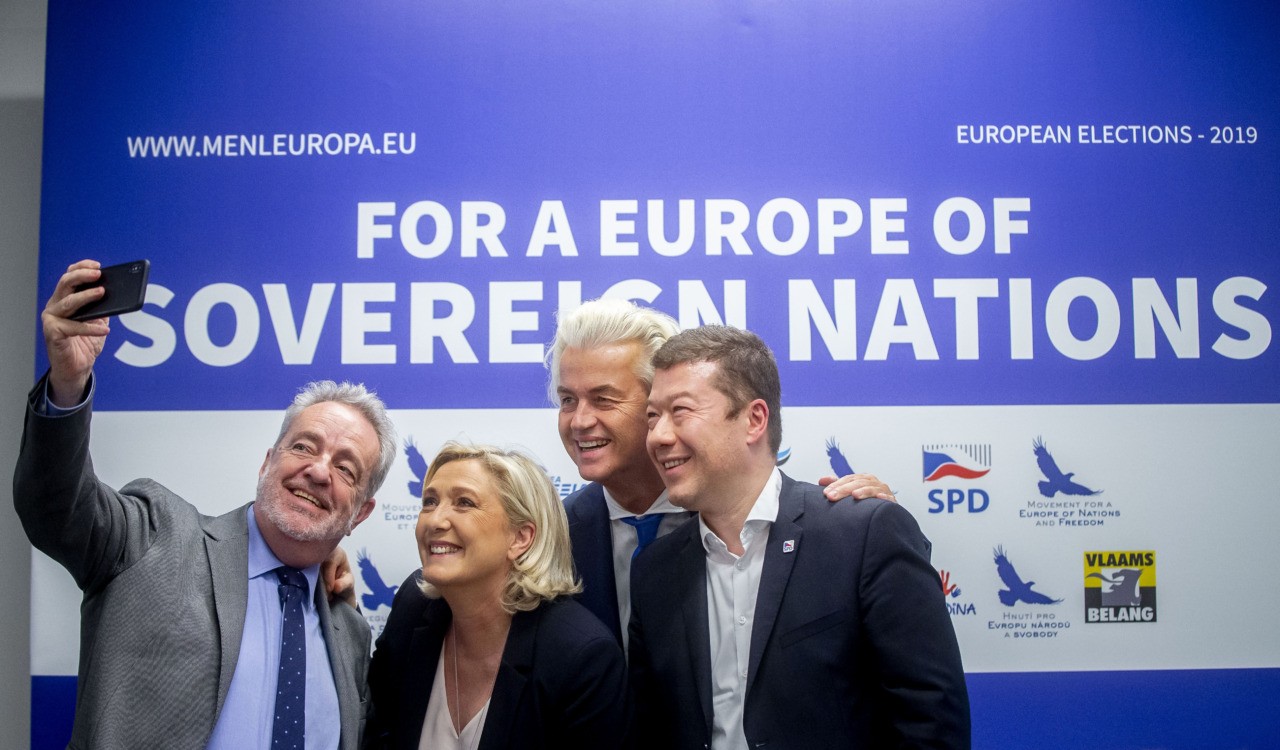