Brexit Party MEPs have defended turning their backs on the European Parliament chamber during the playing of the EU’s ‘national’ anthem because they say the bloc should not be treated as a country.

The opening of the parliament in Strasbourg, France, was marked by protest, with pro-Catalan separatists demonstrating outside the building over former Catalonia president Carles Puigdemont and colleague Toni Comin being barred from taking their seats in the EU parliament.

The anti-Brexit Liberal Democrats led their own protest inside the chamber, wearing yellow t-shirts with “stop Brexit” on the front and “Bollocks to Brexit” on the back of some — in reference to one of their May 2019 European Parliament campaign slogans.

It was the Brexit Party’s demonstration against the globalist bloc that garnered the most disapproval from establishment politicians and negative attention in the mainstream media, however, when the eurosceptic MEPs turned their backs to the chamber during the rendition of the European Union’s ‘national’ anthem, Beethoven’s “Ode to Joy”, with Europhiles and the European Parliament President Antonio Tajani branding the move disrespectful.

Speaking on Sky News after the opening ceremony, Ms Rees-Mogg — the sister of Conservative Party MP and Brexiteer Jacob Rees-Mogg — said that she took part in the protest as she objected to the piece being referred to as “the nation’s song”.

“I would never, ever do that for any country’s national song, but you have to remember that the EU is not a nation. It should not have an anthem, it should not be arranged in that way. It doesn’t have a united peoples and Britain should have left it months ago,” Ms Rees-Mogg said of the bloc that is pushing for an EU army, a single budget, and a bloc-wide immigration and refugee policy.

Asked by anchorman Adam Boulton if she thought it was “rude” to turn her back during the EU’s anthem, the Brexit Party Member of European Parliament said: “I think it was rude to claim that the British people are part of a nation other than their own.” 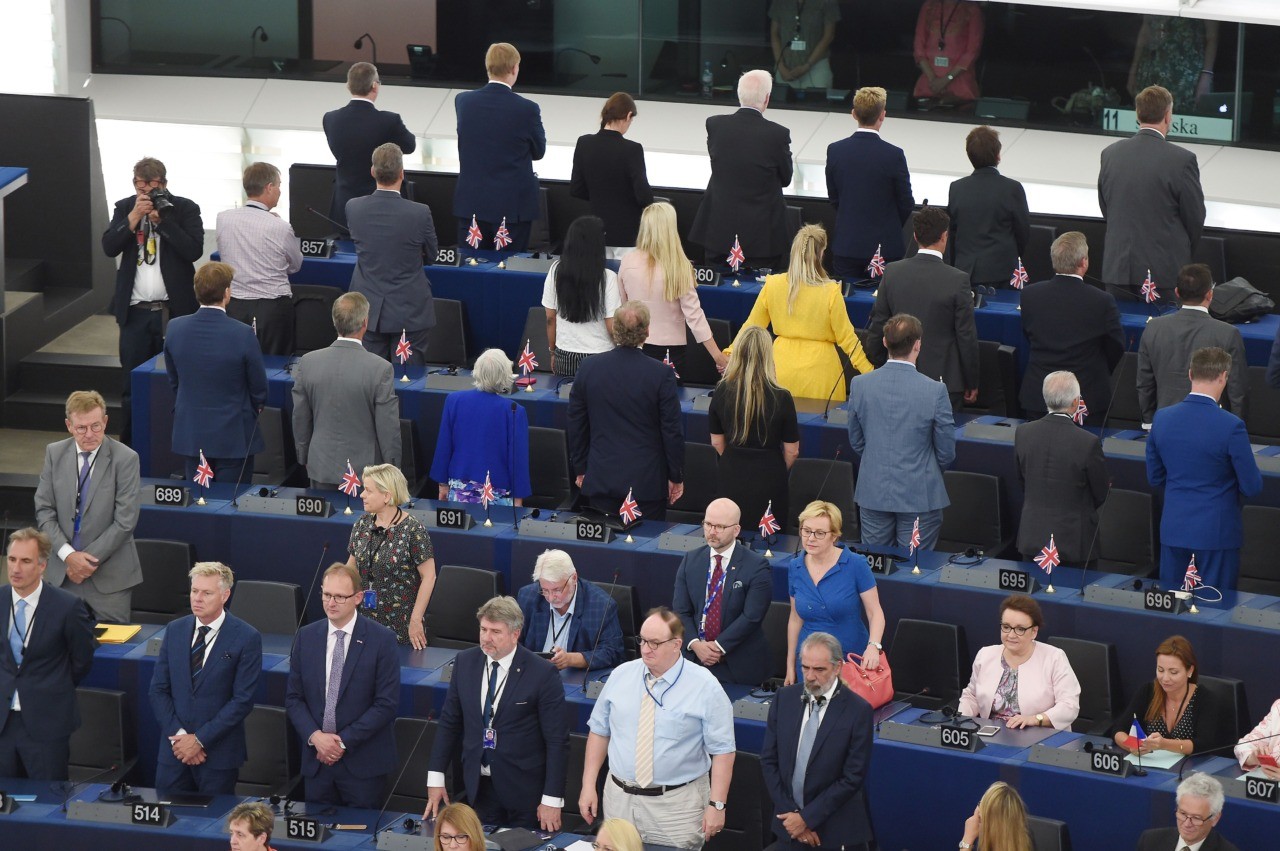 British MEPs Brexit Party turn their backs during the European anthem ahead of the inaugural session at the European Parliament on July 2 , 2019 in Strasbourg, eastern France. (Photo by FREDERICK FLORIN/AFP/Getty Images)

Brexit Party leader Nigel Farage also weighed in on criticism that their protest was ‘disrespectful’, telling the news broadcaster: “What is disrespectful is to take the ancient states of Europe and without asking anybody’s permission turning [a union of them] into a country — because that’s what the president of the parliament called it this morning.

“I think that’s really disgraceful and I’m really not going to stand to attention for this anthem. No way. I’ll show respect for any anthem for any other country in the world but not a false creation like this. I think we did the right thing.”

Breitbart London spoke to Brexit Party lawmakers at the parliament on Tuesday, with Jake Pugh MEP saying: “[European Parliament President] Antonio Tajani said you respect the anthem of another country, but the European Union isn’t a country! We’d absolutely respect other anthems, but presenting the European Union as a country disrespects us, and disrespects the other European member states.” 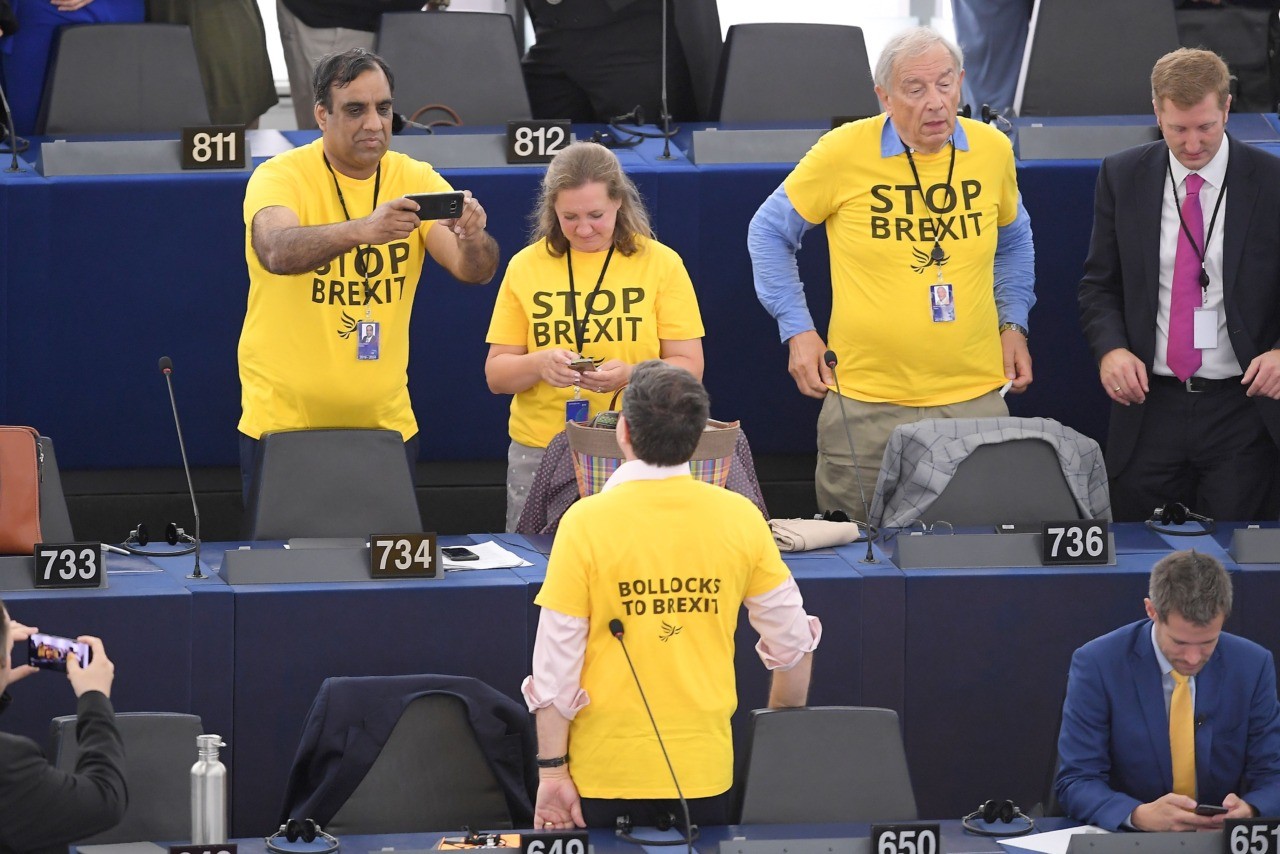 Newly elected MEPs, wearing t-shirts with an inscription against the Brexit, attend the inaugural session at the European Parliament on July 2 , 2019 in Strasbourg, eastern France.  (Photo by FREDERICK FLORIN/AFP/Getty Images)