Biden was speaking to over 300 supporters in a gymnasium at Clinton College, a historically black college, and responded specifically to a question about foreign policy.

The former vice president said that he was the most experienced candidate in matters of foreign policy, adding that he still knew most of the world’s leaders today, except Johnson — whom he referred to as the prime minister of “England.” 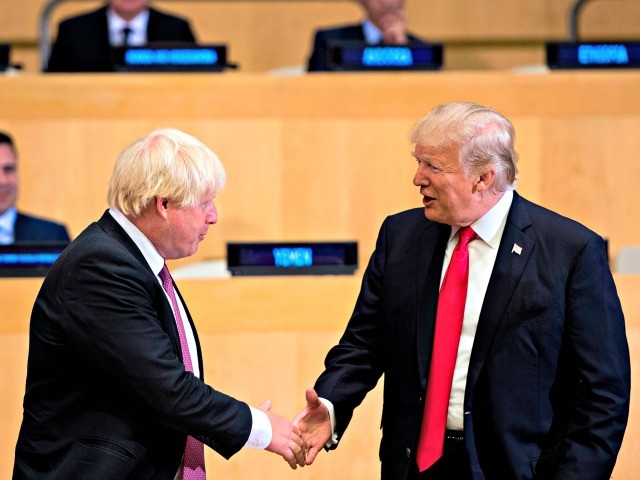 Biden went on to stress that he would rebuild America’s alliances and strengthen the North Atlantic Treaty Organization (NATO).

Biden departed slightly from his stump speech to attack President Donald Trump’s immigration policies, reacting to misleading reports that children born to members of the U.S. armed forces overseas would not be citizens. U.S. Citizenship and Immigration Services director Ken Cuccinelli dismissed those reports Wednesday: “The policy update doesn’t deny citizenship to the children of US gov employees or members of the military born abroad. This policy aligns USCIS’ process with the Department of State’s procedures for these children – that’s it. Period.”

In response to a question about poor conditions at migrant detention facilities, Biden also told supporters that he would close them if elected president. He also claimed that the Obama administration had found that if illegal aliens were released, they could be counted on to appear for their court dates.

The former Vice President did not acknowledge that many of the facilities at the border were opened during the Obama administration, after a surge of unaccompanied minors from Central America.

Biden, who repeated false claims that President Donald Trump called neo-Nazis “very fine people” after the Charlottesville riots in 2017, concluded that he believed in the principles of equality enshrined in the country’s founding documents.

He added: “I’m more optimistic about America today than I’ve ever been my whole life. … Everyone now understands what the dark side looks like.. and there’s a greater consensus to do the things we know we have to do than we’ve ever seen in our lifetime.”