“Fascist.” “Fascist”. “We need to learn from the Weimar Republic”. “Donald Trump.” “Fascist.”

Bitter Remoaners – led by their poster children Owen Jones and Femi Sorry – gathered outside the Houses of Parliament to chant angry slogans.

“Are we going to stop the coup?

Are we going to save democracy?

Are we going to bring down the unelected Prime Minister Boris Johnson?” 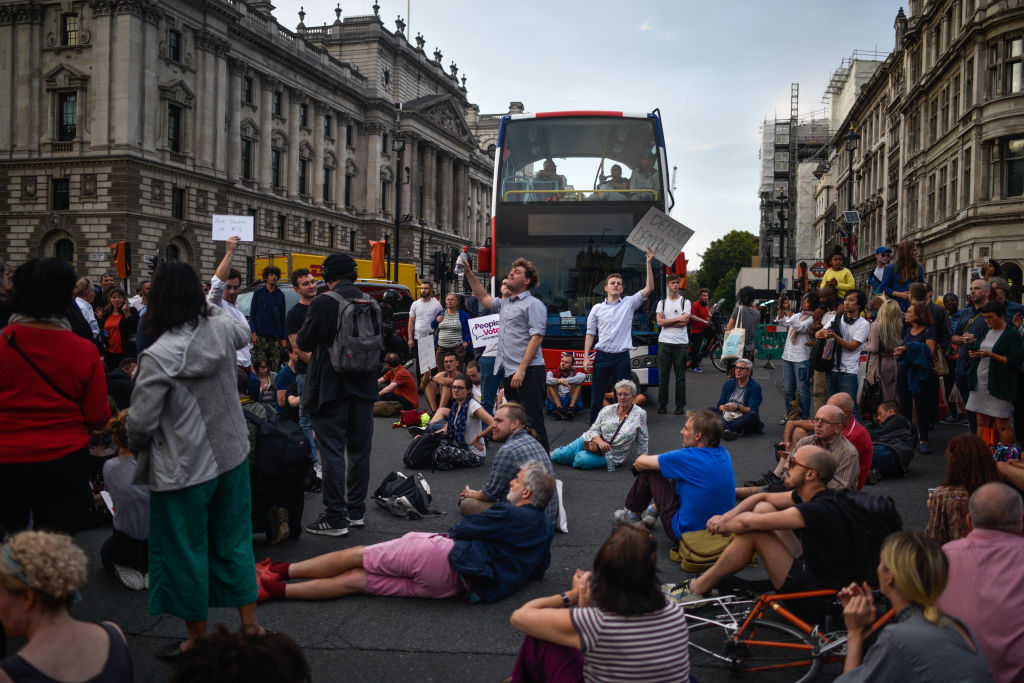 Rarely can there have been more powerful evidence that Remoaners live on an entirely different planet from the rest of us – one where the meaning of words has been shifted to the exact opposite of what most sane, balanced people understand by them.

Coup? Normally, this is when a government is forcibly unseated by hostile forces. Boris Johnson, on the other hand, is the leader of an elected government. The coup word makes no sense.

Democracy? What could be more representative of the demos than a free vote in which 17.4 million people – more than have voted for anything in British history – vote to leave the European Union? And what could be more anti-democratic than abusing parliamentary process to thwart a vote whose decision the-then Prime Minister David Cameron promised would be honoured whatever the outcome?

Unelected Prime Minister? But prime ministers are always unelected. It’s the party – or, rather, the local MP representing that party – you vote for, not the prime minister.

As for ‘fascism’ – this is just silly. Fascists don’t honour popular votes. Fascists go ahead and do what they want regardless of what the plebs have asked for at the ballot box. Which means, Owen, Femi and co that… well, do I really need to spell it out? 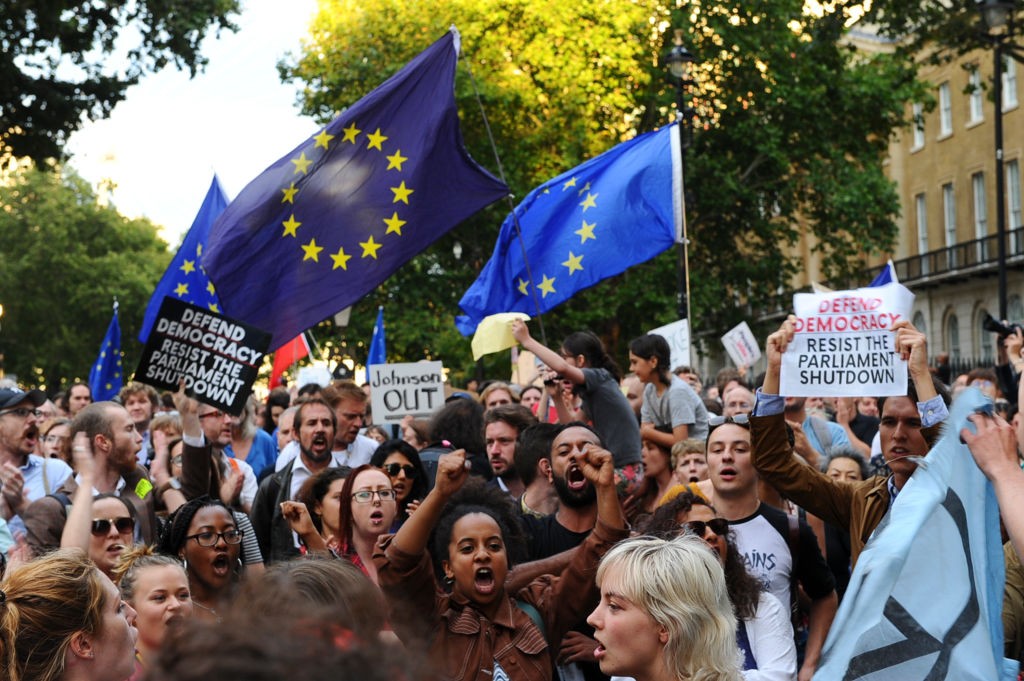 Demonstrators wave European Union flags and hold placards as they protest outside of Downing Street in London on August 28, 2019. (Photo by DANIEL SORABJI / AFP / Getty Images)