Tommy Robinson is in the same prison cell formerly occupied by Michael Adebelajo – one of the two Islamic terrorists who murdered Fusilier Lee Rigby.

Of all the things I learned from my visit to see Robinson yesterday morning at Belmarsh Prison in Woolwich, London, that detail was perhaps the most extraordinary: that a man convicted for the venial slip of ‘contempt of court’ should end up being given the same treatment as a vicious killer who ran over an off-duty soldier in broad daylight on a London street (a stone’s throw from Belmarsh Prison) and then nearly severed his head with a knife.

Actually, it’s even worse than that. Belmarsh maximum security jail houses many of Britain’s worst terrorists. Security, as you’d expect, is ultra-tight. You can’t bring anything in with you – not even a pen and paper, let alone an iPhone – and even to cross the courtyard to the solitary section where Robinson is housed, you have to be accompanied by a ‘Zulu’. Zulu is the prison codename for one of the very alert and vicious-looking Alsatian dogs which watch your every move, waiting for you to break into a run – at which point they’d take you down instantly.

It has been described by one inmate as “like a jihadi terror camp” and is known as Britain’s answer to Guantanamo Bay. But the prisoners in the terrorist wing get far greater freedom than Tommy Robinson does: they’re let out of their cells into a communal area for most of the day where they can play pool and other games. Robinson is confined to his cell from 11 am every day. His only time out of solitary confinement is the hour he gets to spend every morning trudging around a grim prison yard, plus another hour in the cell next door to his on an exercise bike and, if he’s lucky, two short visits per week to the prison gym. 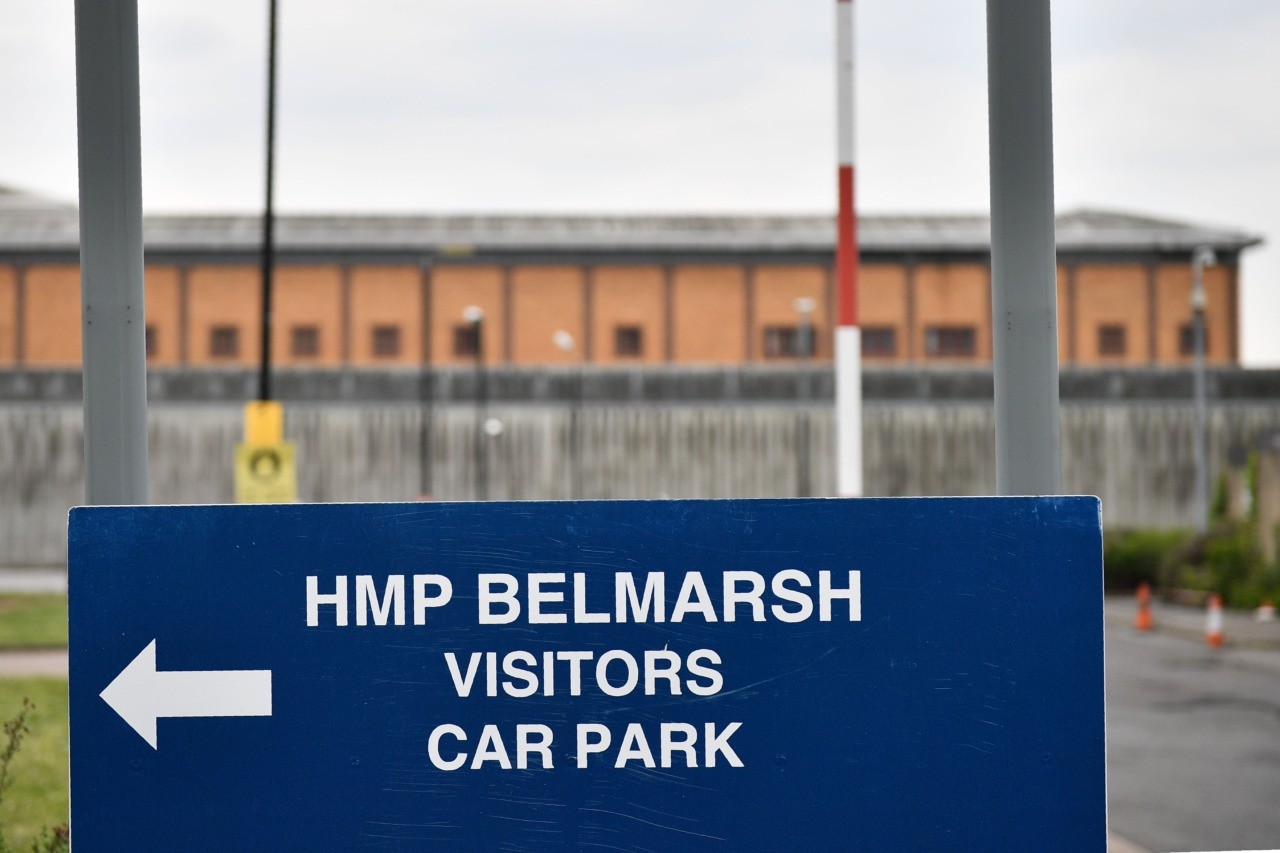 Robinson knows this arrangement is for his own safety: if he were put on one of the wings with the other prisoners he would likely be murdered by one of the jihadists. Even so, he thinks it’s ridiculous having been sentenced for a straight criminal offence — in this case, one with no victim — that he should have been sent to Britain’s highest category prison mostly reserved for terrorists and other murderers rather than a category C one somewhere in the provinces.

It’s possible — this is the rumour I’ve heard, at any rate — that no other prison governor was prepared to take the risk of having him: not of course because of any danger Robinson poses either to staff or fellow inmates but because he’s such an obvious assassination target.

After his last spell in prison, Robinson emerged seriously malnourished and with PTSD symptoms. He had been held in solitary (again, for his own safety), with his window shut (because Islamist prisoners were throwing excrement through it). And he’d lived on a grim diet of a can of tuna a day because he knew that if he ate any regular prison food it would be contaminated by Muslim inmates out to get him.

This time — as he approaches the end of a nine-week stint inside — he’s looking much healthier. The prison’s governor has been more accommodating and he has had access to at least some fresh fruit (to go with his tuna) and he has been able to do some exercise.

Apart from regular visits from family, friends — and nosey hacks like me — what has kept him sane are the reams of correspondence he has been getting from well-wishers around the world.

He’s had so much post — plus lots of emails — that it takes him four hours each day just to get through it.

You might imagine that most of it comes from working-class people like himself. But in fact, many of his correspondents are middle-class professionals — doctors, teachers and such like — who open up to Tommy in a way they dare not among their colleagues.

Often, the letters share moving stories of personal tragedy or loss, such as the 60-year old woman who wrote to him about her son’s suicide.

Outside the mainstream media — which finds it incapable of giving him a fair hearing — Tommy Robinson commands a great deal of sympathy and support.

I felt privileged to have been offered the chance to visit Robinson and break up the monotony of one of his prison days. As I’ve argued before, I believe him to be a man more sinned against than sinning. The main reason for his draconian sentence, I suspect, is that it suited the Establishment to make an example of him in order to demonstrate that it takes the “Far Right” threat as seriously as it does the Islamist threat.

Having interviewed Robinson for a series of podcasts – here, here and here – I’m not at all persuaded that he poses any kind of menace. Unless, of course, you believe the answer to Britain’s widespread Muslim rape gang problem is to pretend it’s not happening and to shoot the messenger.

Relentlessly energetic, Robinson has all sorts of projects planned for when he gets out. But I do wonder whether he’s wise to stay in Britain any longer. Having lots of Muslims bent on killing you is bad enough; but when you’ve got the entirety of the British Establishment determined to use you as its Emmanuel Goldstein — its designated, safe-for-everyone-to-hate-and-revile Enemy of the State — then I think the time has come to find somewhere where you’re more properly appreciated.

The U.S., I would have thought, is the obvious choice. Safer for Robinson; safer for his family too.