EXCLUSIVE — After a series of votes and polls taken at the Labour Party conference laid bare the increasingly extremist hard-left nature of the party, its members, and its leadership, Brexit leader Nigel Farage has told Breitbart London extremists are winning the battle for the heart of the official UK opposition party.

The British Labour party, the main opposition and sometimes party of government for almost a century has been discussing policy and platforms at its annual conference, with party members voting on a surprising raft of areas. In addition to its determination to give the vote in future national elections to foreign citizen residents — who party leaders figure would be sympathetic to their open-borders rhetoric — and decision to forcibly seize the property of private schools, Labour members polled at the conference admit to holding a range of extreme views.

Labour members at the conference — where delegates routinely refer to each other as “comrade” — were polled at 50 as being embarrassed by singing the national anthem against 20 in favour, 48 per cent in favour of abolishing borders against 25 in favour of retaining them, and 43 per cent of being ashamed of Britain against 15 per cent who were proud. 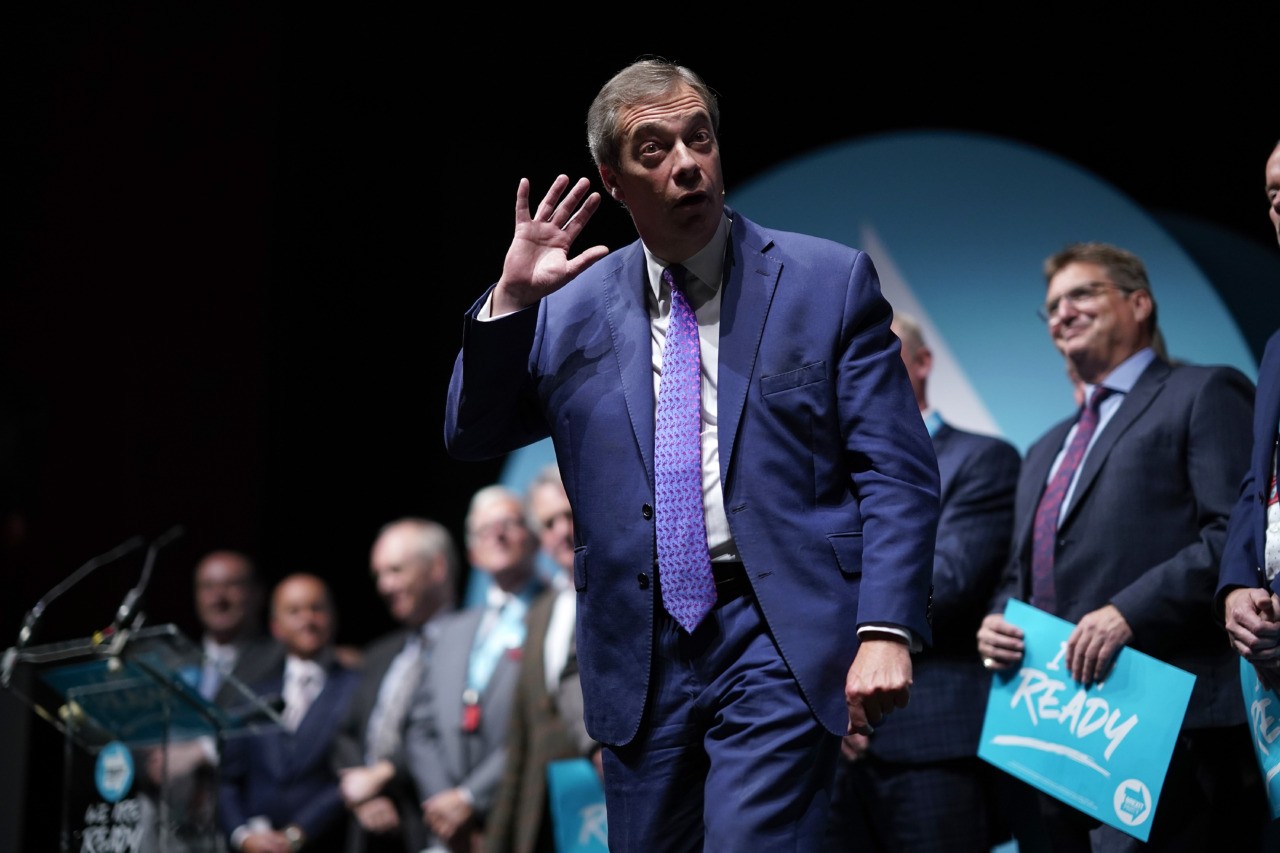 These figures against a backdrop of an attempted purge against top Labour figures proving difficult to the party leader Jeremy Corbyn paint a picture of a party in the last stages of a successful takeover by its most hardline members, Brexit leader Nigel Farage had said.

Speaking to Breitbart London, the Brexit Party frontman and MEP said of the party and Momentum, which grew out of the campaign vehicle which brought Mr Corbyn to be its leader in 2015: “I think it’s obvious the Labour Party is moving towards the hard left. It’s a Momentum takeover… there is a relentless war within the hard left to take over the Labour Party and they’ve come a very long way.

“And where the Labour party stands, where their members stand on issues like the Monarchy puts them so far away from traditional Labour voters… They are becoming a cult.”

Referencing both the last, and ultimately unsuccessful attempt by the hard-left to capture the Labour Party before left-centrist Tony Blair transformed it into an essentially globalist party in the 1990s and Jon Lansman, who has variously been described as the third most powerful man in the Labour Party and Mr Corbyn’s enforcer has been a key figure in pushing the latest surge to the left, Mr Farage continued: “They are ideologically motivated.

“I don’t think even winning the next election even matters to Lansman and Momentum, this is about a longer-term thing, having a hard-left Labour party in this country. They tried jolly hard in the late 70s and early 80s… but this time it looks like they are going to win.”