While being labelled a populist by the liberal elite is meant as a criticism, Nigel Farage’s Brexit Party appears to be embracing the term with a nod to ancient Greek master statesman Pericles of Athens.

Populism is a dirty word in Westminster, where giving the people what they want is seen as distinctly less noble than giving them what the Civil Service and their enablers in the Labour party think they ought to have.

So it is little surprise, perhaps, that the populist label has been applied with such disdain in the corridors of power to Nigel Farage’s Brexit Party, with its focus on direct democracy and honouring the 2016 referendum on Britain’s membership of the European Union.

Now, Brexit Party candidates and volunteers are being trained up in the use of the new election-fighting software the party has bought in — reportedly at great cost — that they hope will help it win future elections. Named Pericles, the cloud canvassing app gives Brexit activists real-time voter information on the doorstep on polling day on their smartphones, and the party boasts the potentially election-winning database is the best of its kind. 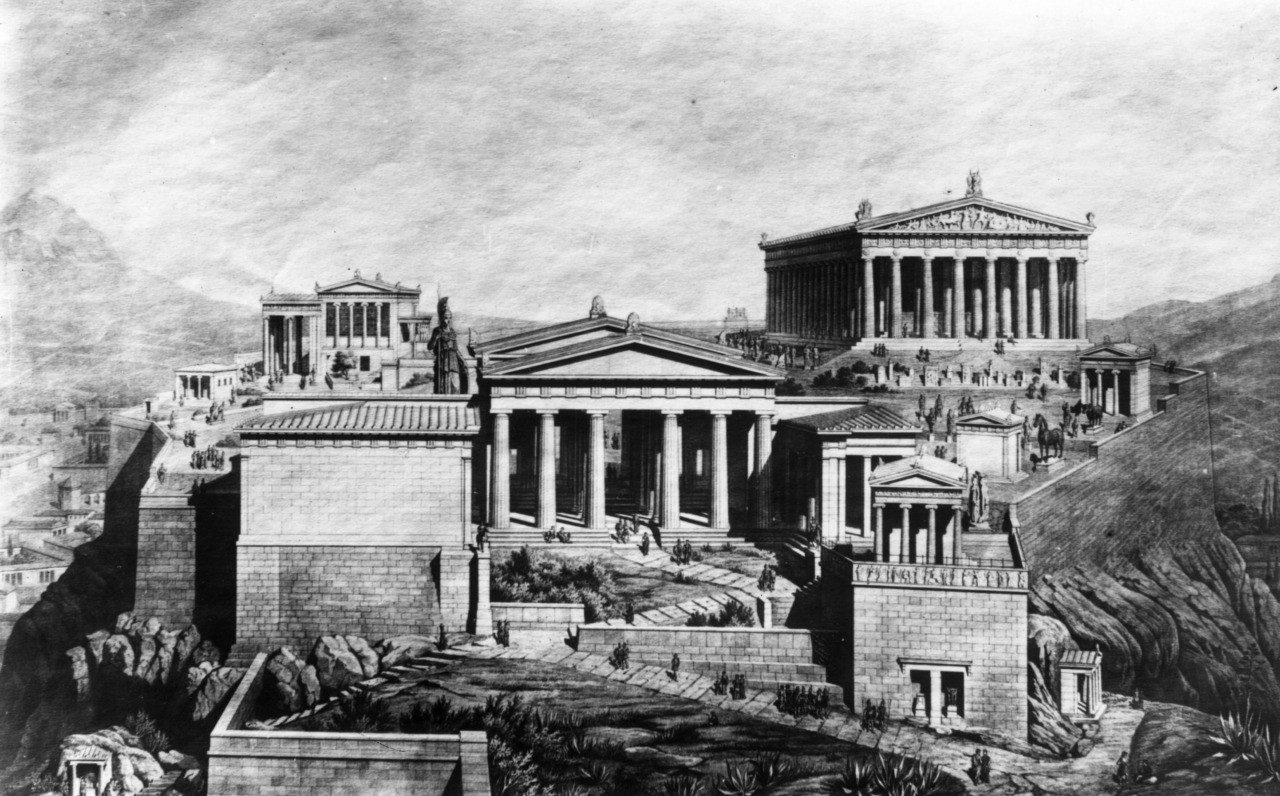 Circa 444 AD, Engraving of the Acropolis, Athens with the Parthenon at the time of Pericles. (Photo by Hulton Archive/Getty Images)

Until recently, the Conservative Party’s voter information software was called Merlin — named after the great magician of legend, one presumes, because it worked magic for the Tories at the ballot box — Pericles, on the other hand, was an ancient Greek ruler so enthusiastic about democracy his enemies dismissed him as a populist.

Yet under Pericles’s rule, Athens became a great city of the ancient world. He pursued policies which enabled ordinary people to get involved in politics like never before, and created jobs by building the great structures by which we today remember ancient Greece, including the Parthenon.

Allusions to the classical world have long been out of fashion in British politics, in part out of a sense of misplaced inverse-snobbery, and also perhaps from a desire by the aggressively centrist to put distance between themselves from the Virgil-quoting professor of ancient Greek and MP for Wolverhampton, Enoch Powell.

But, slowly, the classics are enjoying a revival, not just at the hands of Nigel Farage, but Tory leader Boris Johnson too.

Appearing to retreat into his comfort zone during a punishing day between New York and London, Mr Johnson compared the delay forced on Brexit by Remainer politicians to the eternal punishment of Greek Titan Prometheus by Zeus while addressing the United Nations. Hours later and on the other end of a transatlantic flight to London, Johnson told Parliament he would resist the Siren calls to change course on Brexit, stating he would metaphorically lash himself to the mast of his ship like the ancient mariner Odysseus to take Britain out of the European Union on October 31st.

Following emotional scenes in Parliament on Wednesday evening, in which several members appeared close to tears as they described the anguish of inexplicably finding themselves extremely unpopular with voters after three years of Brexit prevarication, would it be too much to hope that the next classical politics trend is towards Stoicism?

Despite the strong physical resemblance between Jeremy Corbyn and Zeno of Citium, a sudden outbreak of virtue from those benches remains, at best, unlikely…

Explicitly or through implication Boris Johnson has compared himself to Odysseus, Prometheus, and possibly Heracles in one day — when will we reach peak classics in UK politics?

For my own part, I will remain satisfied with my own pretensions to Diogenes with my sardonic lamp! pic.twitter.com/DBqVdDwaJs