Assistant Chief Constable Russ Jackson has held a press conference on behalf of Greater Manchester Police, revealing that two unarmed Police Community Support Officers — unwarranted constables without full police powers — were the first to confront the knifeman, and were chased by the would-be killer until other officers arrived on the scene. The senior officer also said that five individuals were known to have been injured, higher than the previous figure given of four.

Jackson said: “although the injuries are nasty we are told, thankfully, none are life-threatening.”

The officer maintained the police line that the motivation was still not known, calling it “random”, and saying it was not believed there were others involved.

A man in his 40s was arrested by Manchester police Friday morning after officers were called to the scene at 11:15 by reports of a man “lunging at multiple people” with a knife.

Among the injured was a 19-year-old woman, a 50-year-old man, and a further woman, all stabbed. A fourth woman was also injured but not with a knife, and was assessed by paramedics at the scene and deemed not to need hospital treatment, suggesting she may have been injured in the process of evacuating the building.

Responding to the attack on micro-blogging platform Twitter, UK Prime Minister Boris Johnson said he was “shocked” by the incident while praising the response of the emergency services. 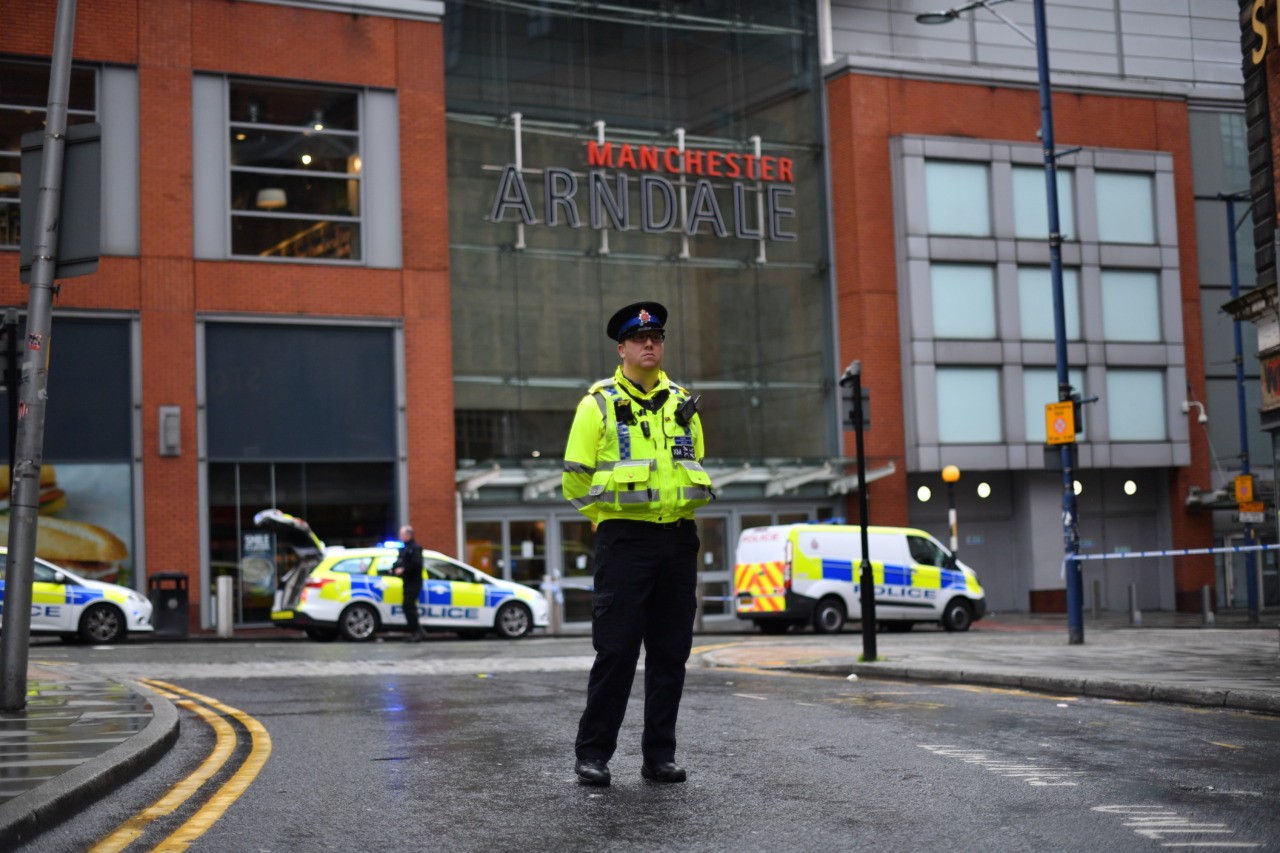 MANCHESTER, ENGLAND – OCTOBER 11: Police surround Arndale shopping centre, where a man allegedly stabbed five people on October 11, 2019 in Manchester, England. A man in his 40s was arrested on suspicion of assault, as paramedics treated five people for stab wounds at Manchester Arndale, a large shopping complex in the city centre. (Photo by Anthony Devlin/Getty Images)

While police initially refused to speculate on the nature and purpose of the attack, it was subsequently revealed they had enacted their pre-planned operation intended to respond to a marauding terror, and that the suspect was arrested on terror offences. The unnamed individual was rearrested Friday afternoon on the suspicion of the commission, preparation and instigation of an act of terrorism.

The Manchester Evening News quotes an eyewitness to the attack as having said:

I’d just gone for my morning coffee and was walking past Starbucks when I heard a woman scream. I span around and saw this guy who had a knife in his hand. It looked like he had stabbed her back. There was blood pouring from her and she just fell to the floor.

As soon as I saw the knife I just ran as fast as I could and was warning others what happened. Everyone was looking down from the first floor and there was real panic, people screaming.

The police were there in minutes and then we were evacuated. I can’t describe what it was like. It was like a nightmare. Like something out of a horror film. It was awful. I can’t get that image out of my head.

Friday’s attack is the second in Manchester in little less than two and a half years, and took place a short distance from the first — the 2017 Manchester Arena bombing, adjacent to the Arndale centre. Salman Ramadan Abedi killed 22, with many victims being young women and girls as well as their parents, at an Ariana Grande concert, detonating his device in the foyer as concert-goers left the venue. 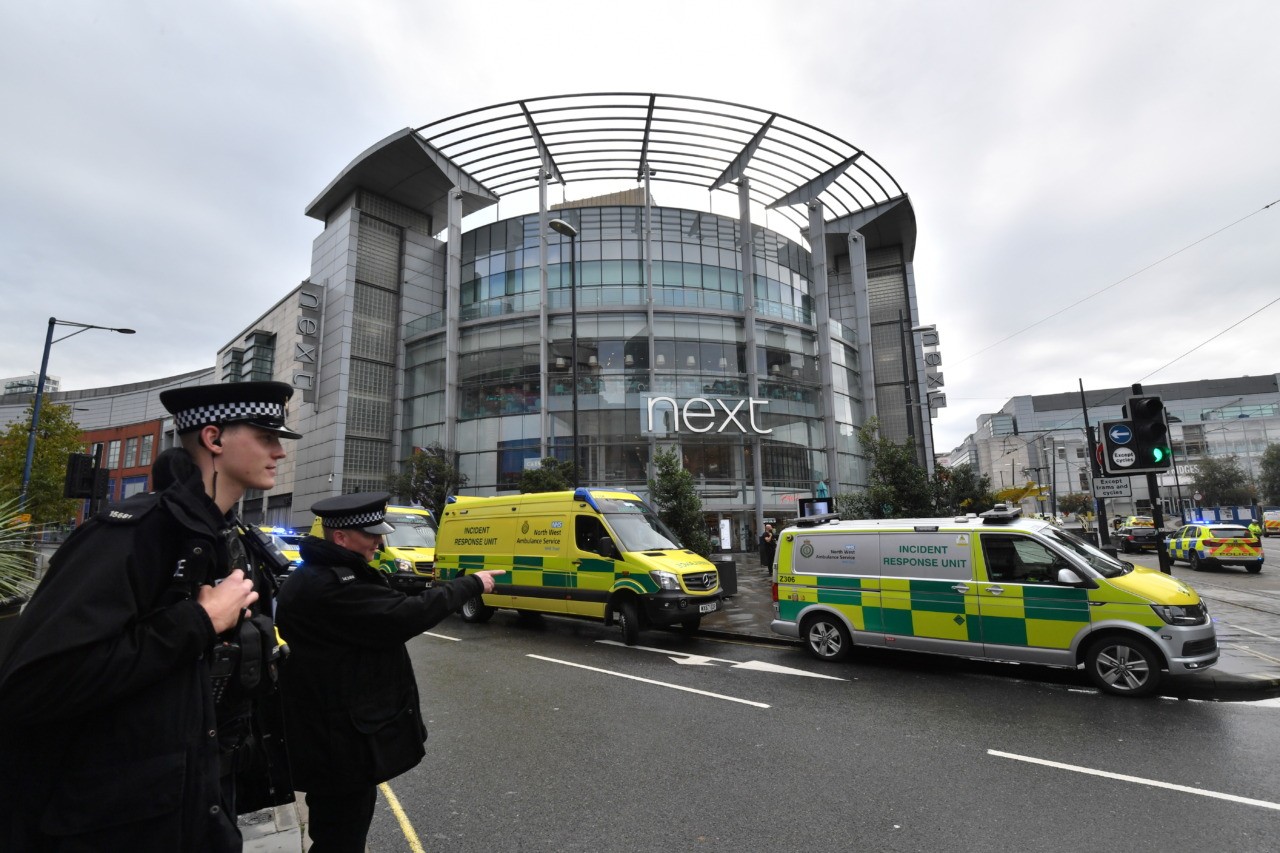 MANCHESTER, ENGLAND – OCTOBER 11: Police surround Arndale shopping centre, where a man allegedly stabbed five people on October 11, 2019 in Manchester, England. A man in his 40s was arrested on suspicion of assault, as paramedics treated five people for stab wounds at Manchester Arndale, a large shopping complex in the city centre. (Photo by Anthony Devlin/Getty Images)

This story is developing and more follows