England expects. But does it remember? Some lessons from the all but forgotten Lord Nelson on a once important day in our collective national memory.

On October 21st 1805, a fleet of warships commanded by Horatio, Lord Nelson engaged and defeated a numerically superior French-led force off the cape of Trafalgar. This ranks highly in the list of most decisive naval battles ever fought and changed the course of world history.

Slain at the battle on the cusp of victory Nelson was justly a British hero. The British people celebrated the battle and commemorated his death — the ‘Immortal Memory’, as it was known — on this day with dinners, parties, and parades.

You’ll note all of this is past tense — while no official memorandum or decree has been issued, Nelson and Trafalgar has all but faded from our collective memory. This, unfortunately, has come at a time where certain people in our society — politicians, obviously — could do with a lesson or two in strategy, acting decisively, and not letting European capitals dictate British foreign policy.

Our political class, which has schemed so shamelessly to wriggle its way out of the promise made to the British people in 2016 ought to be mindful of the excellent advice rendered by Nelson to his Midshipmen — junior officer cadets, generally then young teenagers — on HMS Agamemnon in 1793.

Historic England Backs Down on Nelson’s Column Demolition… But Says Controversial Event Will Go Ahead https://t.co/l2j0VvJaWA

Those who feel the strutting Remainer cockerels of Westminster have forgotten they work for the British people and not the other way around may wish so they would heed the first part of Nelson’s advice when considering the outcome of that referendum: “…you must always implicitly obey orders, without attempting to form any opinion of your own respecting their propriety.”

The second part, which could be written for those who openly conspire with foreign governments against the interest of the British people — who in our present conception of a constitutional monarchy are sovereign — is “you must consider every man your enemy who speaks ill of your king.”

The last part, I regret, is so unforgettably blunt as to be near unrepeatable in our enlightened and loving modern times, where hating anyone for difference is punishable by our wonderful police, even if it isn’t a crime. Yet I produce it here for the sake of completeness, as Lord Nelson commanded: “you must hate a Frenchman, as you do the devil”. What a wicked man.

But sinful and taken by notions not of our time or not, Lord Nelson was able to deliver a game-changing victory which — with Waterloo a decade later — pressaged an era of uninhibited trade, growth, and stability through decisive action, a willingness to think out of the box, and an unabashed crusading desire to serve his country first.

Once upon a time, Trafalgar Square in London, dominated by the great 170-foot and statue-crowned Nelson’s Column was the scene of annual celebrations to remember. Old photographs attest to the bunting, flags, wreaths, and crowds this occasion once attracted. 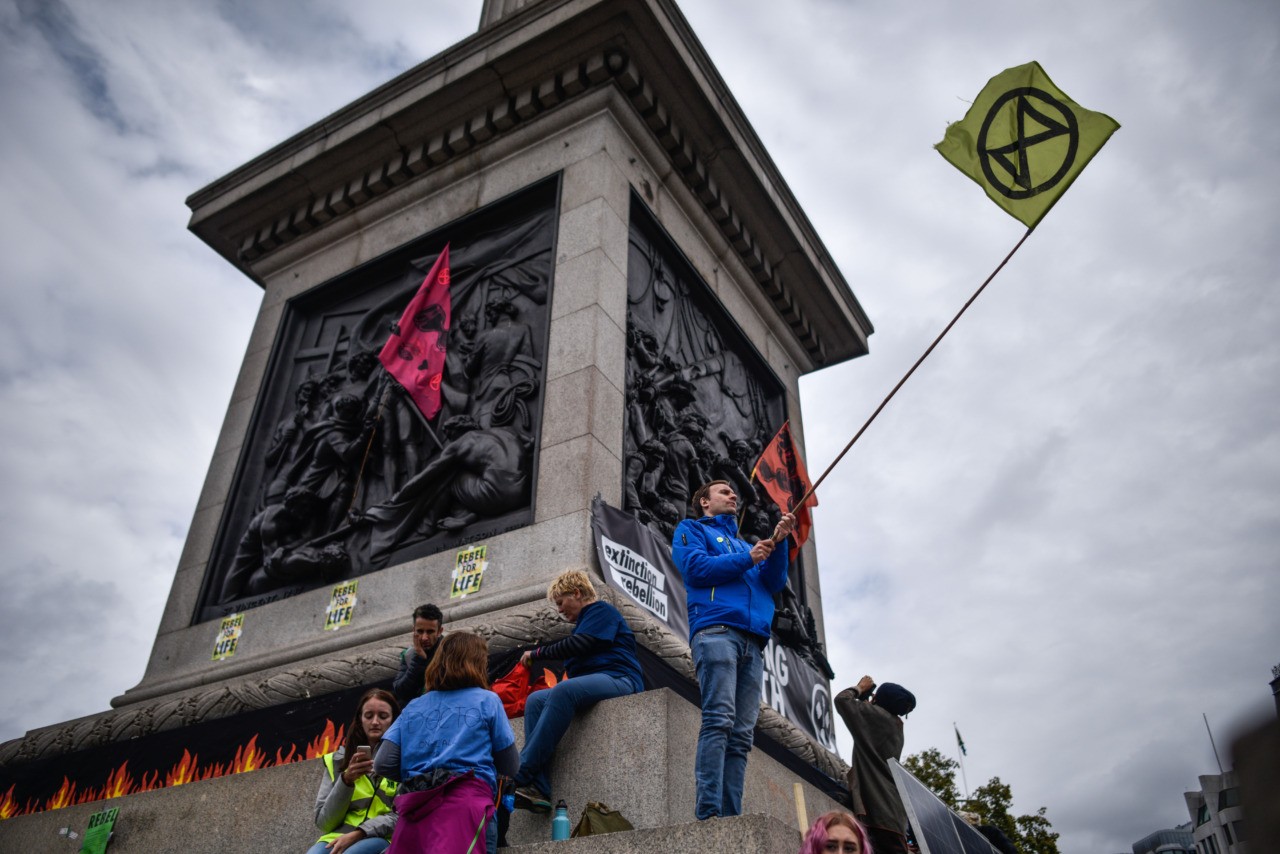 There was no parade of naval cadets on Trafalgar Square this year — and as the organisers admit, this was down to the so-called Extinction Rebellion eco-extremists fouling up central London. It took place around the corner on Horseguard’s instead — but that doesn’t matter because hardly anybody noticed anyway.

Certainly, don’t expect any coverage of the one major state-sanctioned public event remembering one of our nation’s most venerated heroes being displaced by an extremist group holding the capital city of the United Kingdom to ransom anywhere on the mainstream media. Indeed, the television schedule for Britain’s state broadcaster for October 21st 2019 reveals not a single minute of programming is dedicated to Lord Nelson or the Battle of Trafalgar on any of the main channels all day.

The story is the same everywhere, at least beyond the closed doors of naval establishments who have their own reasons to remember.

In England’s second city of Birmingham, about as far from the sea as you can manage in Britain but still possessing a deep and enduring link to Nelson through the men and boys of the city who served in every British ship at Trafalgar, and through the city foundries which produced cannon, chain, and anchors for the fleet, there were once enthusiastically attended annual parades to mark the day of his death.

The last one took place in 2016. Its veteran organiser optimistically insists to me it is only in hibernation until the city, home to the oldest public statue of Nelson, one day decides it cares enough to mark the day again

So while we still remember — to the Immortal Memory. Happy Trafalgar day. 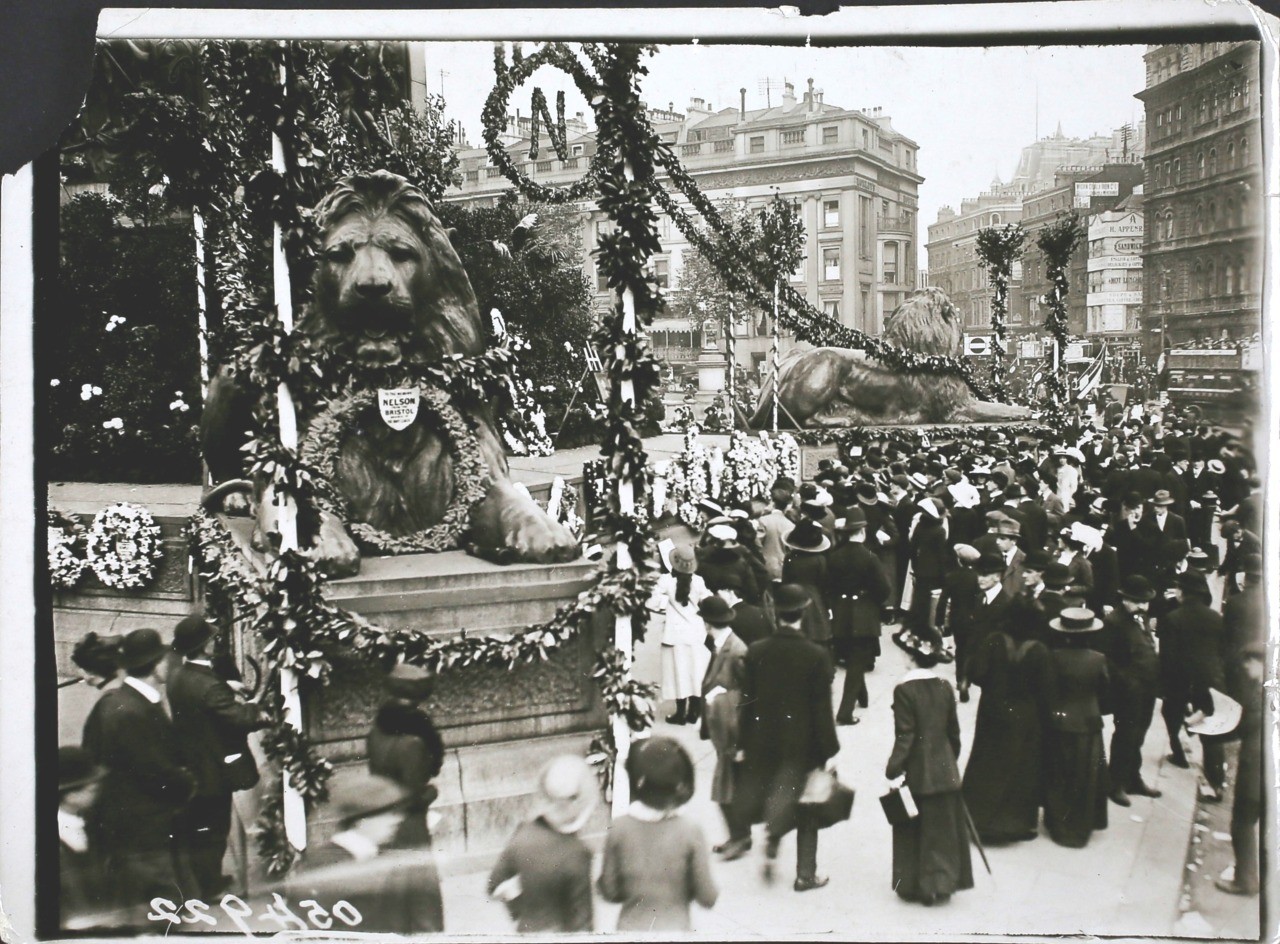 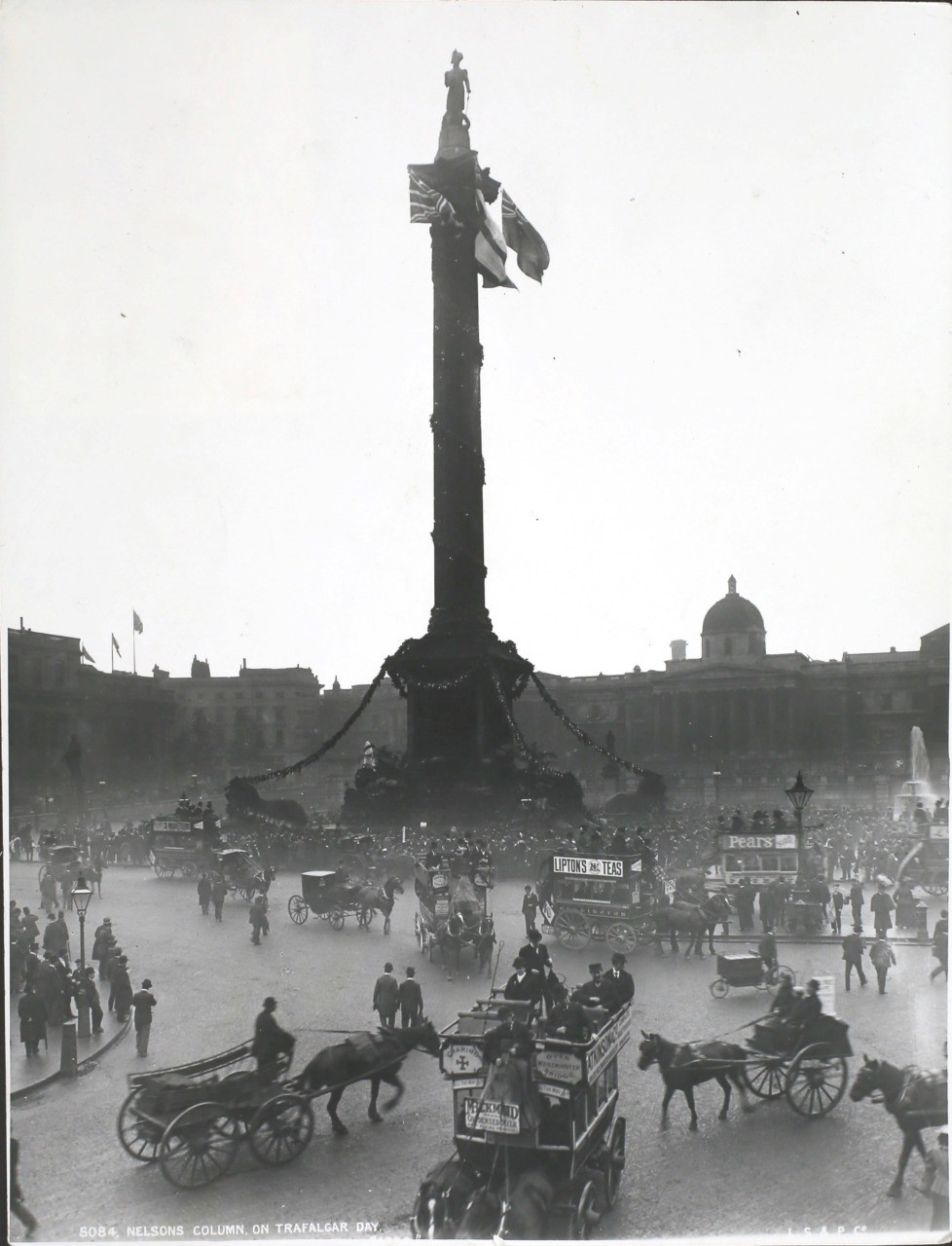