The St. Pauli church in Malmö has removed a controversial LGBT painting from its altar in case viewers see the transgender individuals as being associated with evil.

While many have criticised the LGBT painting in the church, according to pastor Per Svensson, the painting will be moved to another area not because of conservative backlash but because of its portrayal of transgender individuals, SVT reports. 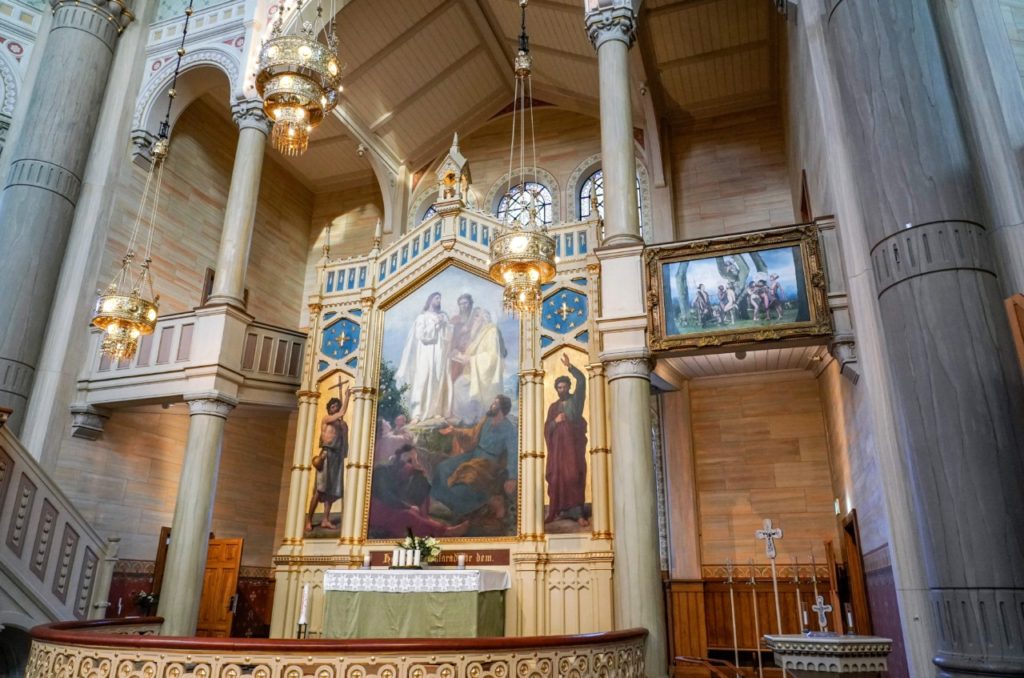 Pastor Svensson said that the gay couples in the painting were not a problem for the church at all, but the possible association of transgender people with the snake of the Garden of Eden, a symbol of temptation and evil, was not something he could stand for.

“At first I did not realise the complexity, but upon closer reflection and careful discussion with the management, there is no alternative but to move the board from the church room,” he said.

Bishop of Lund, Johan Tyrberg, weighed in on the issue, saying that the painting could be interpreted as being both pro-LGBT and as being anti-LGBT depending on the perspective of the person viewing it.

There is a Lack of Christianity in the Church of Sweden https://t.co/VYswUWCGRA pic.twitter.com/qdVXMZyuQx

He went on to add that the church should have discussed the painting with the County Administrative Board before hanging it above the church altar.

“It would have been appropriate to make the decisions first and then hang the painting,” he said.

The hanging and subsequent removal of the painting is part of a trend in the Swedish church of being one of the most “progressive” and pro-LGBT churches in the world, with its own Stockholm archbishop Eva Brunne being an open lesbian.

Swedish Bishop Claims He Is ‘Looking Forward’ to Hearing Muslim Call to Prayer in Sweden https://t.co/h3kJOmb02U

Archbishop Brunne, along with several other senior clergy, has also expressed very pro-Islam views, to the extent that Brunne claimed earlier this year that she had more in common with Muslims than with conservative Christians.

In 2015, Brunne even went as far as asking Stockholm churches to removes crosses from their walls and set up Muslim prayer spaces during the height of the migrant crisis.

Sweden’s Liberal Church ‘Set to Lose over a Million Members in Next Decade’ https://t.co/Qq5Hujm2iO