German police shot dead a Turkish citizen Sunday evening after he allegedly attempted to attack officers with a knife and other weapons in the western city of Gelsenkirchen.

Police officers came under attack Sunday night in Gelsenkirchen, North Rhine-Westphalia, when a man attacked officers standing with their patrol car with what local reports described only as an “object”. When the officers noticed the man was also carrying a knife, they ordered him to drop his weapons but he continued to attempt to attack the police.

A police officer then shot the assailant, killing the man, Deutshe Welle reports.

German newspaper Frankfurter Allgemeine Zeitung reports claims — classified as unproven “rumours” by a police spokesman — Monday that the attacker had shouted the Islamist battle cry “Allahu Akbar” [God/Allah is greater] as he attacked.

Whether or not there was a terror motive, the assailant was already known to police, having been investigated for violent crimes in the past. Although the dead suspect has not yet been named, he was identified as a Turkish citizen who had since come to reside in Gelsenkirchen.

The possible attack came just a day after the German security services reviewed the nation’s terror threat warning level, a response to the death of Iranian Gen. Qassem Soleimani in Iraq earlier in the week. Revised guidelines were issued to police across the country and “appropriate security measures” were being taken to protect American and Jewish targets within the country.

The attack also followed two similar knife attacks in France in the days prior. On Friday, officers shot dead a man who allegedly shouted “Allahu Akbar” while stabbing members of the public in Villejuif city park, while on Sunday French police shot and wounded a knifeman shouting the same phrase in the city of Metz. 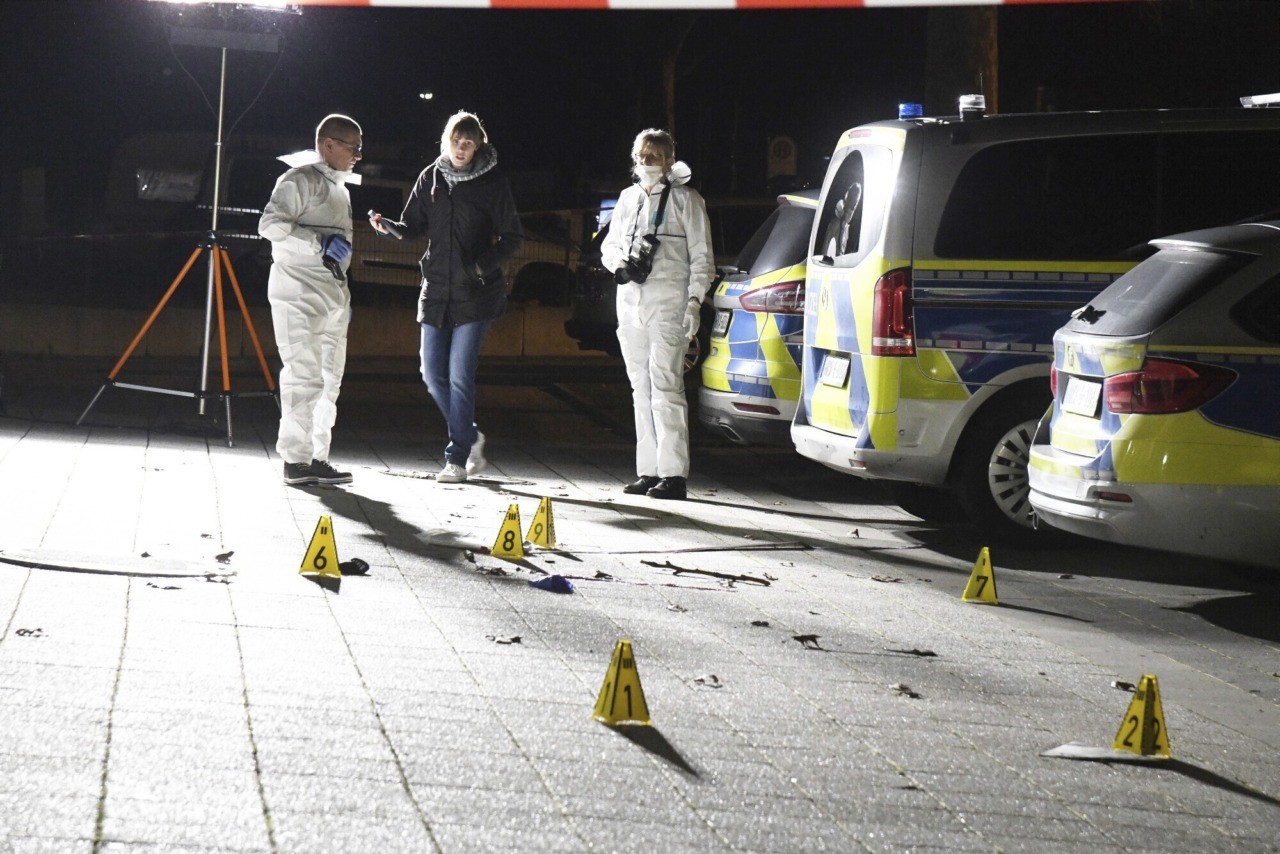 Police officers investigate inside a cordoned-off area in front of a police station in Gelsenkirchen, Germany, late Sunday, Jan. 5, 20120. A 23-year-old police inspector candidate shot dead a man on Sunday evening as the man attempted to assault officers with an object and a knife. (Stephan Witte/dpa via AP)