Prime Minister Boris Johnson has called for a Canada-style free trade agreement with the EU and has said that he would rather accept tariffs than restrictive Brussels regulations.

In the deal, 98 per cent of tariffs between the EU and Canada are lifted but there are still Value Added Tax (VAT) and customs checks. The Times reports that Downing Street is prepared to fall back an “Australian”-style deal; Australia does not have an EU FTA, but does have a partnership arrangement that includes other tariffs.

If Brussels is not prepared to discuss these terms, Mr Johnson said at the Old Naval College in Greenwich Monday morning that the UK is prepared to leave at the end of the transition period, in December 2020, without a new deal and trade with the bloc on World Trade Organization (WTO) terms. 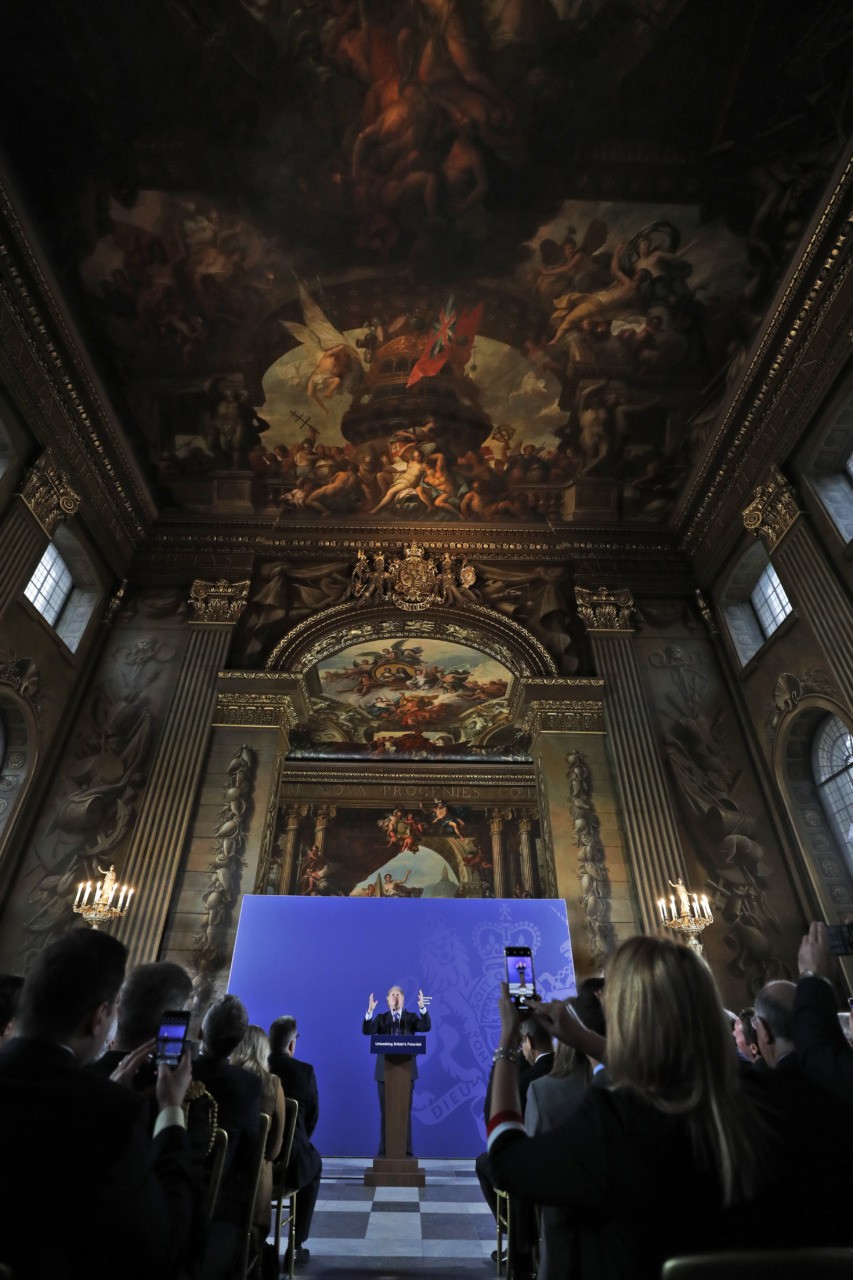 The prime minister said: “We have often been told that we must choose between full access to the EU market, along with accepting its rules and courts on the Norway model, or an ambitious free trade agreement, which opens up markets and avoids the full panoply of EU regulation, on the example of Canada.

“We have made our choice — we want a free trade agreement, similar to Canada’s but in the very unlikely event that we do not succeed, then our trade will have to be based on our existing Withdrawal Agreement with the EU.

“The choice is emphatically not ‘deal or no deal’. The question is whether we agree [on] a trading relationship with the EU comparable to Canada’s – or more like Australia’s.

“In either case, I have no doubt that Britain will prosper.”

Mr Johnson said the UK will not accept regulations on “competition policy, subsidies, social protection, the environment, or anything similar, any more than the EU should be obliged to accept UK rules”.

The EU is said to be unwilling to give the UK the same terms as Canada, a position which is said to have “privately infuriated” Downing Street.

Tensions have been escalating between London and Brussels in the weeks before the UK had exited the bloc, with European leaders insisting on the UK maintaining a “level playing field” as the anti-competition EU does not want the Brexit Britain to become a rival for business and investment on the continent.

The Republic of Ireland’s prime minister, Leo Varadkar, has taken the lead in challenging the UK, earlier last month stating that Ireland was “on team EU”. Later, Mr Varadkar said that the UK would have to get used to being a “small country”, but that the EU would keep a door open for them in case Brexit did not work out.

However, Ireland may consider the direct benefit of a good trade deal between the EU and the UK, given Ireland imports more from its closest neighbour than any other country.

Foreign and Commonwealth Secretary Dominic Raab put Varadkar’s recent remarks down to election season posturing, telling Sky News: “I think Leo Varadkar is in the midst of a, shall I say, very competitive election in Ireland, and I’m not going to interfere in Irish politics — and I’d probably suggest that he wants to refrain from doing the same.”

The UK is also reportedly preparing to jointly pursue FTAs with the United States, Australia, New Zealand, and Japan, both as a means of using Britain’s new-found freedom to strike trade deals with the rest of the world, but also to use those deals as leverage during EU trade talks.