The British passport is changing colour from European maroon to British navy in the coming weeks, with the new slightly revised design revealed by the Prime Minister on social media.

British passports had traditionally been blue since the early 20th century when the now-familiar book design first became the standard, but was changed to maroon from 1988 to conform to a standardised design set by the European Economic Community, which became the European Union in five years later.

It means the United Kingdom will be joining other nations around the world who choose blue for their passport colour including the United States of America, Canada, and Australia.

It was widely anticipated after Britain voted to leave the European Union in 2016 that its passports would revert in colour — Brexit leader Nigel Farage had frequently brandished the maroon document during the referendum campaign as a simple and illustrative means to demonstrate the power the European Union had gained over Britain. It was subsequently confirmed by the government in December 2017 that blue passports were coming back — but it has taken until February 2020 for the final design to emerge. 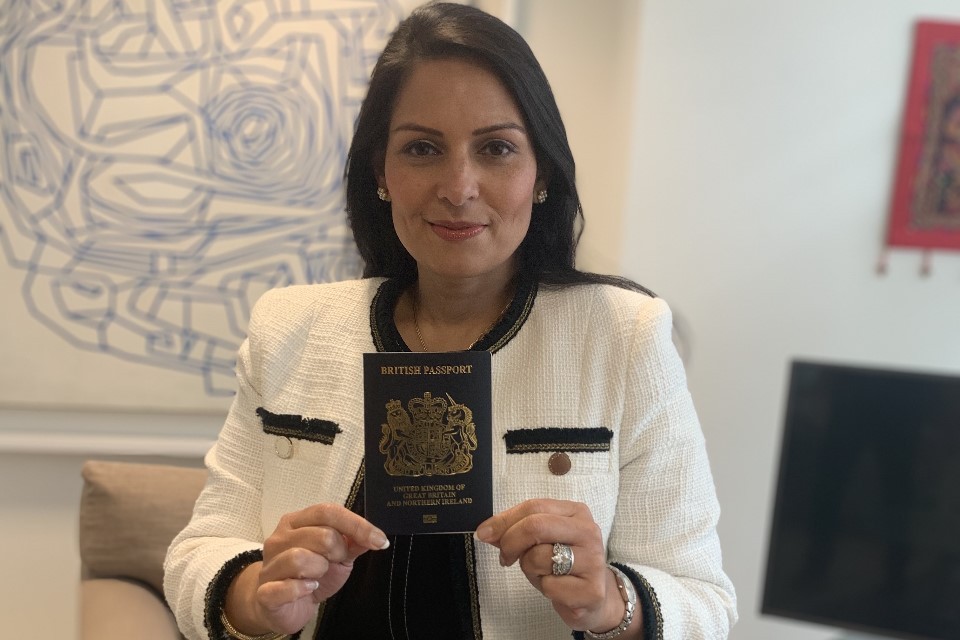 In a photograph reportedly taken on Brexit Day, January 31st but not released until Friday, Prime Minister Boris Johnson can be seen holding a blue passport while flying to Newcastle. The image betrays a slight redesign beyond the change of colour — the covers appear to be softer than the rigid card used before while gold embossed text has also changed.

An intermediary design issued for just a year before the new design is rolled out from this March, was identical to the old maroon EU design except it had the words “European Union” removed from the top.

The newest design echoes the old pre-European Union blue passport with its cover wording identical, but lacks the helpful feature of a cut-out window on the front cover so the name of the passport bearer can be read at a glance without opening the book. This was lost when British passports conformed to the new European standard in the 1980s, but may not have been revived due to international standards that now exist to make passports machine-readable.

Home Secretary Priti Patel said of the new design: “Leaving the European Union gave us a unique opportunity to restore our national identity and forge a new path in the world.

“By returning to the iconic blue and gold design, the British passport will once again be entwined with our national identity and I cannot wait to travel on one.”

A Home Office statement claimed the passport would be more durable and secure than previous designs. They said:

The new passport will also be the most technologically advanced British passport ever, with a raft of new and updated security features, including a hard-wearing, super-strength polycarbonate data page, which contains innovative technologies embedded into the document, to keep personal data secure.

It also includes the latest and most secure printing and design techniques, which means it offers better protection against identity theft and fraud and will be even harder to forge.

The new design will be issued to travellers from March, with stocks of the older maroon design being used up in the meanwhile. 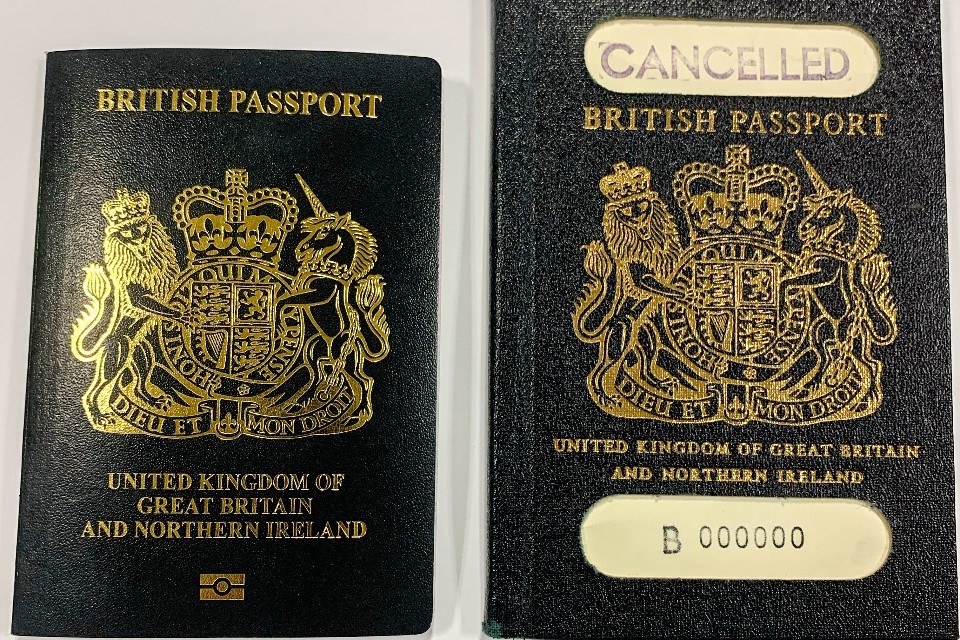 A comparison of the new 2020 and old pre-1988 passports, showing the slight changes in size and cutout panels / Home Office Image