The government is preparing to turn ten more sites into coronavirus field hospitals, akin to that being constructed in the ExCeL centre in London.

One Whitehall source has told Sky News that military logisticians are already looking at five sites across the country and, whilst not naming their locations, they are likely to include other large cities like Birmingham, Manchester, and Newcastle. Birmingham is in the West Midlands, the worst-hit contagion area outside of London.

A second source told the news broadcaster that the government is looking at between eight and ten sites, while a third said it was around ten to 13. None of the reported proposed facilities would be as large as the one currently being built at the ExCeL convention centre in the Docklands area of London; however, a fourth said that the military was scoping out ten “ExCeL-type” facilities around the country.

The east London field hospital, designated NHS Hospital Nightingale, will hold 4,000 beds on two wards and will be staffed by both NHS staff and military medics. It has previously hosted a G20 summit, the 2012 Olympics, and one of the world’s largest armaments fairs.

Health secretary Matt Hancock announced on Tuesday that it would be open as early as next week, with an initial capacity for 500 patients.

Its construction, and that of any other future field hospitals, is being done with the support of Her Majesty’s Armed Forces. The military’s COVID-19 Support Force has 20,000 personnel on standby from all branches of the military and has already been deployed to deliver masks to medics at St Thomas’ Hospital in London.

A video reported by The Guardian and shot by a worker inside of NHS Nightingale shows the scale of the efforts to prepare for the worst of the outbreak, which is expected to hit the United Kingdom in the coming weeks.

Alex Woodside posted the video to Facebook and showed the vast scale of one of the wards, reporting also that as well as two wards they are constructing two morgues.

Clearly taken aback by the scale of measures, Mr Woodside told viewers: “Just here making the new makeshift hospital. Currently making up cables for it. I didn’t take this virus very seriously until I saw this, this morning. Until I came in and saw the size of the hall.”

The worker had a message for those watching: “If you’re not taking it seriously, like I wasn’t, I think we really need to start because they’re preparing for an absolute high death toll here.” 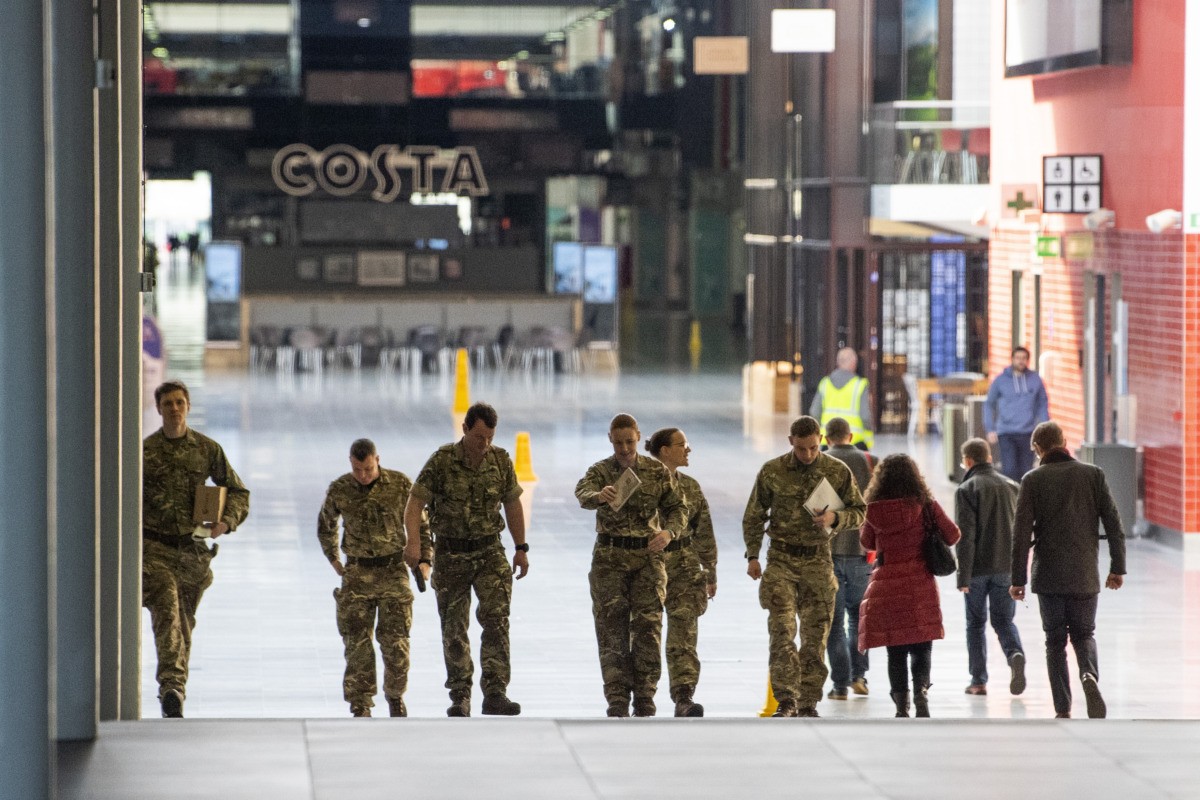 LONDON, ENGLAND – MARCH 25: Military personnel walk inside the Excel Centre in East London on March 25, 2020 in London, England. The field hospital will initially contain 500 beds with ventilators and oxygen and will have the capacity to eventually hold up to 4,000 COVID-19 patients. (Photo by Justin Setterfield/Getty Images)